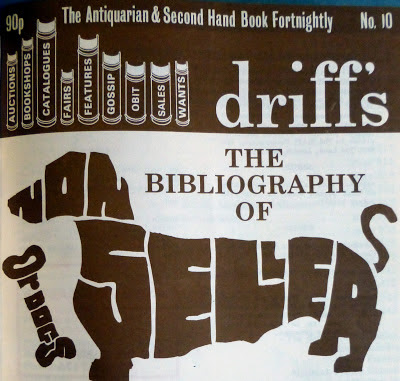 ‘A corset may be what this shop most resembles. The parts that show will be very attractive but those that don’t will be under considerable pressure.’ Driff’s, 1986.

Every century has its heroes, those shadowy figures who are part historical, part legend: Lancelot, Robin Hood, Dick Turpin. In the days when every British town had its second-hand bookshops, before the chill winds of the internet closed their doors and bankrupted their owners, Driff was just such a shadowy figure. 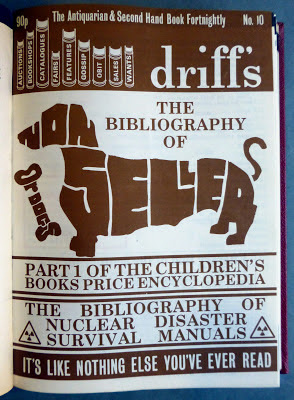 Driff, who was also known as Drif, Driffield, and even Dryfield, was a book-runner, travelling the length of Britain calling in at at second-hand bookshops for books he could buy cheap and sell high from one unsuspecting dealer to another. In 1984 he published his first guide to second-hand bookshops, an excoriating exposé of the worst practices of the book dealers. A must for book enthusiasts at a time when book collecting took years of hard graft and a fair bit of luck, Driff’s guide became a book-buyer’s bible: ‘V. erratic but will answer if you ring bell. Med sz low key Nat Hist bk shp. Farts. Rumoured to be closing down’. 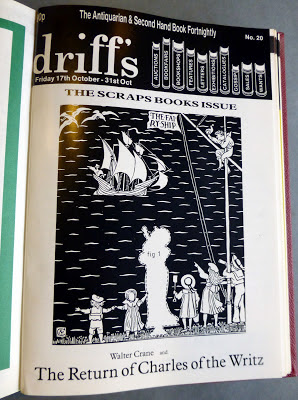 Copies of the several editions of Driff’s guide may be found easily via the internet. Much scarcer is Driff’s: The Antiquarian and Second Hand Book Fortnightly which appeared for a few months in 1986. Our copies of this magazine, bound in a single red volume, come from the bequest of Paul Minet, book dealer and publisher, and trustee of Chetham’s Library, who died last year.

Driff, who was on friendly terms with Minet, once described the stock of a Minehead bookshop, saying ‘I’ve seen better books in Mr Minet’s skip.’ Minet used to tell the story of how Driff, a tall man, would stalk into a bookshop and loom over the unsuspecting book dealer sitting quietly at his desk, letting the silence grow long before asking: Do you have any books on DEATH? Driff himself, like all legendary figures, suddenly disappeared. Like the many second hand bookshops around the country, one day he simply wasn’t there. 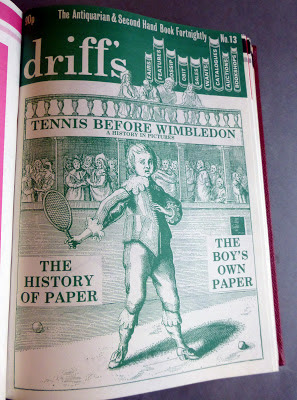