The strange case of the Galway salmon fishery 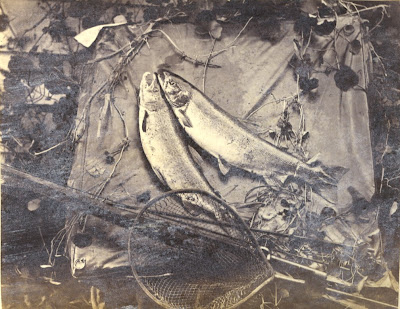 Last week, we posted a series of mysterious nineteenth-century photographs of Galway on our Flickr page. We had no idea why this album, containing about 120 prints of coastal scenes of rural Galway, had found its way to Chetham’s. A few are dated 1879 and some have pencil annotations, but its provenance was a mystery. Over the years the Library has acquired large quantities of material outside the remit of our collection policy, occasionally due to the enthusiasm of Librarians with niche interests, but sometimes for no good reason whatsoever.

So, we were curious to know if anybody knew anything about this album of photographs. We wondered if they came via the collection of Joseph James Phelps, a noted photographer who donated many thousands of lantern slides and glass plate negatives to the Library, but there is no evidence that this album was ever his. We waited.

Within twenty-four hours we began to piece together an answer. Dr Jackie Ui Chionna from the National University of Ireland in Galway, who has completed a PhD on the Galway Fishery, revealed that the photographs were likely to have been in the ownership of the Ashworth family of Egerton, near Bolton. The Ashworths, a Quaker cotton milling family, had bought the fishery in 1852 for five thousand pounds. They developed the site to become the world’s first commercial salmon fishery, pioneering the science we now know as aquaculture. The album of photographs, which shows various stages of the salmon farming process, is probably their own personal record of the business, supplemented by photographs of the local area.

The Bolton connection makes sense, although we still can’t be sure exactly how the album reached us here at the Library, but it does seem likely that it may indeed have come as part of the Phelps collection. We have sent photographs of the handwriting to Jackie in the hope that she is able to identify it as belonging to members of the Ashworth family, and look forward to working with Jackie and other historians on this exciting material.