The Theatre of Insects, or the tangled web of Elizabethan entomology 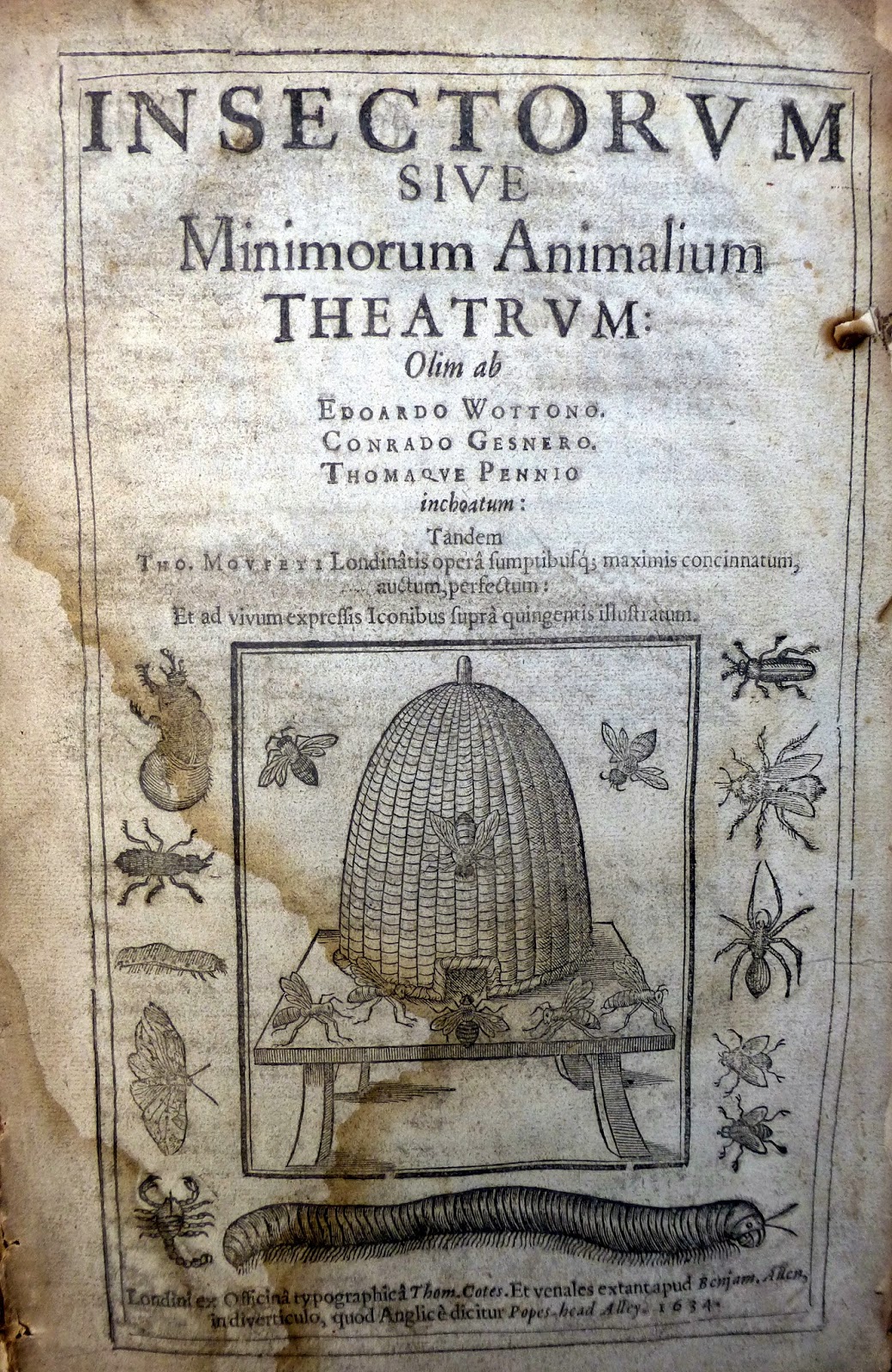 We know that many of you enjoyed our recent tweet of the bumble bee woodcuts from Thomas Moffett’s Insectorum… so we decided to take a closer look at the book.

Published in 1634, the Latin title translates as ‘The Theatre of Lesser Living Creatures’. It has a curious and tangled publishing history, as, of the four authors listed on the title page (Edward Wotton, Conrad Gesner, Thomas Penny and Thomas Moffett)  not one of them lived to see the book actually printed.

Thomas Moffett and Thomas Penny were lifelong friends who first met at Cambridge as medical students. Although Moffett had a close brush with death from food poisoning after dining on mussels, both men eventually graduated and established successful medical practices in London. They shared a passion for natural history and were part of a group of young men living in the Limehouse area who collected all manner of exotic plants, animal specimens and drawings from travellers and explorers, including Sir Francis Drake, who allegedly showed Moffett a flying fish.

Thomas Penny had aspirations to publish a magnum opus on insects. To this end he acquired the papers of Gesner (with whom he had worked briefly) and Wotton, both of whom had planned books on insects but died before completing them. Penny spent years adding his own observations and researches but he also died before finishing his book. He left his manuscript to Moffett, who complained that the manuscript was ‘delapidated’ and that getting the torn sheets repaired ‘cost a great sum of money’. He was not at all impressed with the literary style of his friends and decided he could improve it, commenting, ‘I have amended the method and language…’ Moffett also added all manner of myths, legends and unsubstantiated accounts to the scientific research. The length of the manuscript and his plans for quantities of elaborate copper engraved illustrations meant that he struggled to find a printer willing to take the financial risk of producing such an expensive work. In 1590 Moffett finally arranged to have the book printed in The Hague but he could not stop adding more and more material, and eventually in 1604 he died without completing it. The book which we have in our collection was finally published by Sir Theodore Mayerne in 1634, but is a smaller and cheaper edition than that which Moffett had planned, and the detailed engravings were replaced with ‘rude but spirited’ woodcuts (including the charming bees). 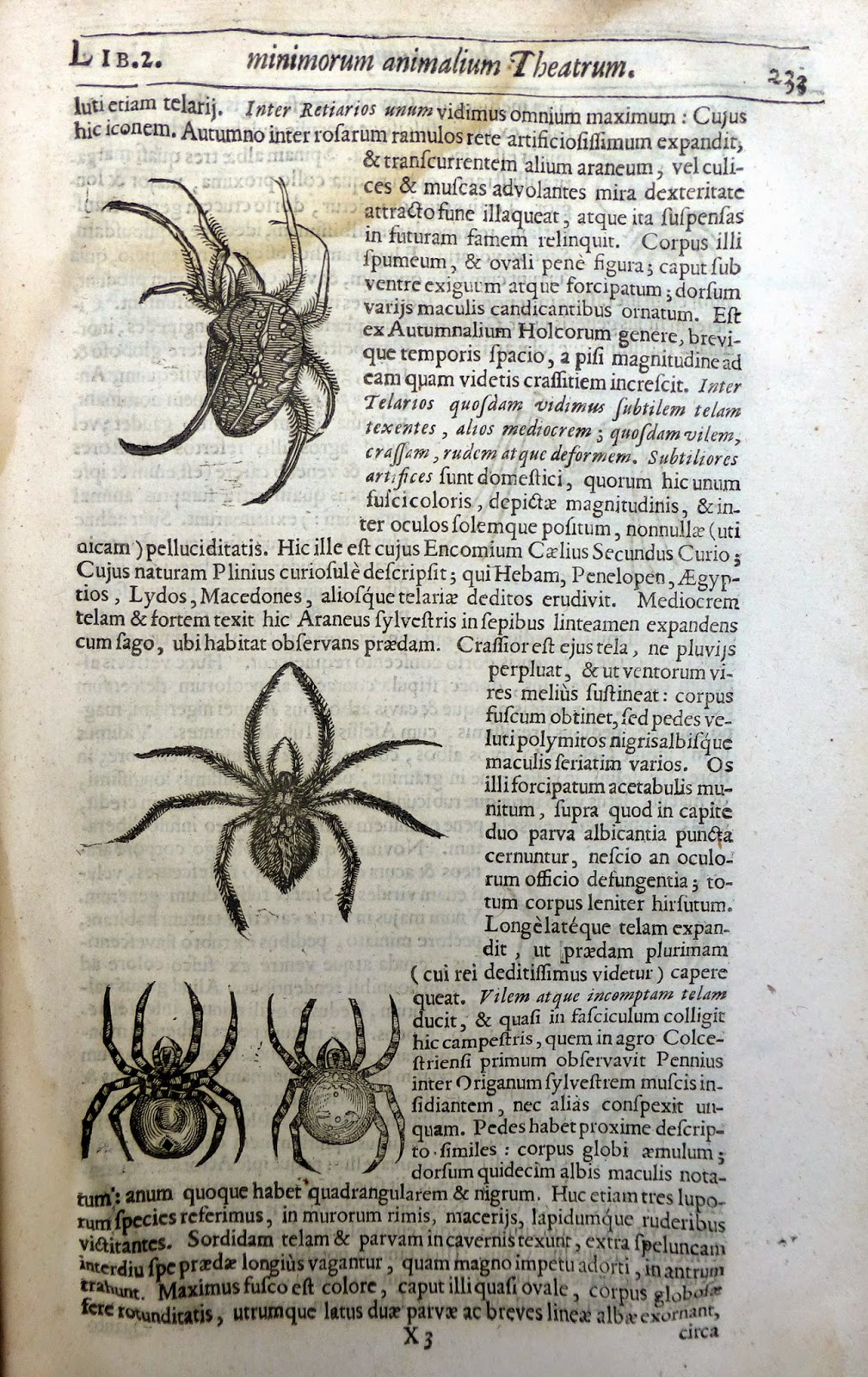 There is an intriguing footnote to the story of Dr Moffett and his book of insects. Moffett was apparently particularly fond of spiders, and he also had a small daughter called Patience upon whom he doted. Legend has it that this was the source of the nursery rhyme ‘Little Miss Muffet’, and it would certainly be a delightful memorial to a man who spun quite a scholarly web. 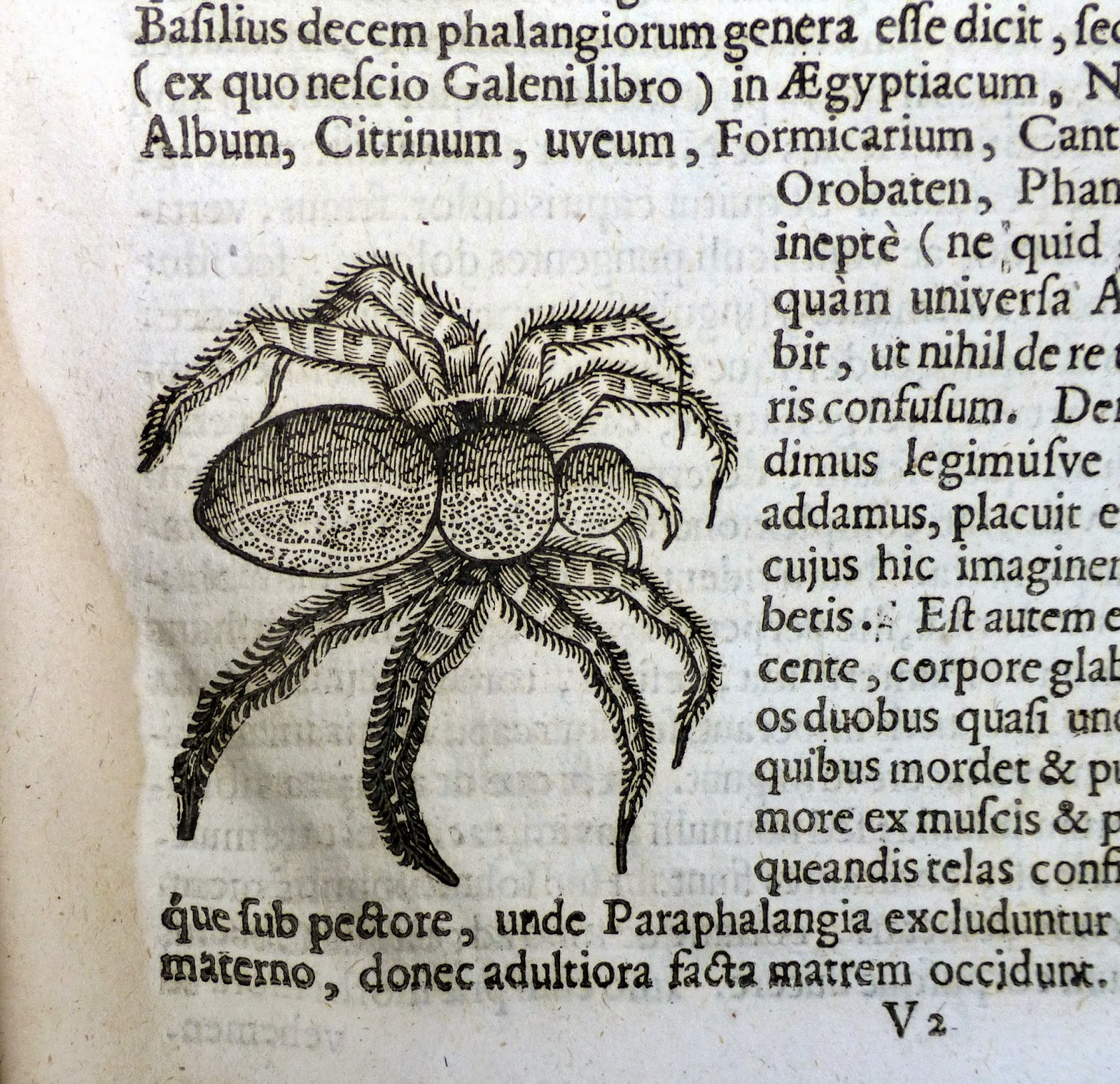 As a further footnote, it is worth pointing out that in our Incline Press collection we have a copy of their 1993 edition of Enid Marx’s beautiful book of nursery rhymes, first published in 1954 by Chatto and Windus. The woodcut she has made to illustrate Little Miss Muffet does look strangely familiar… 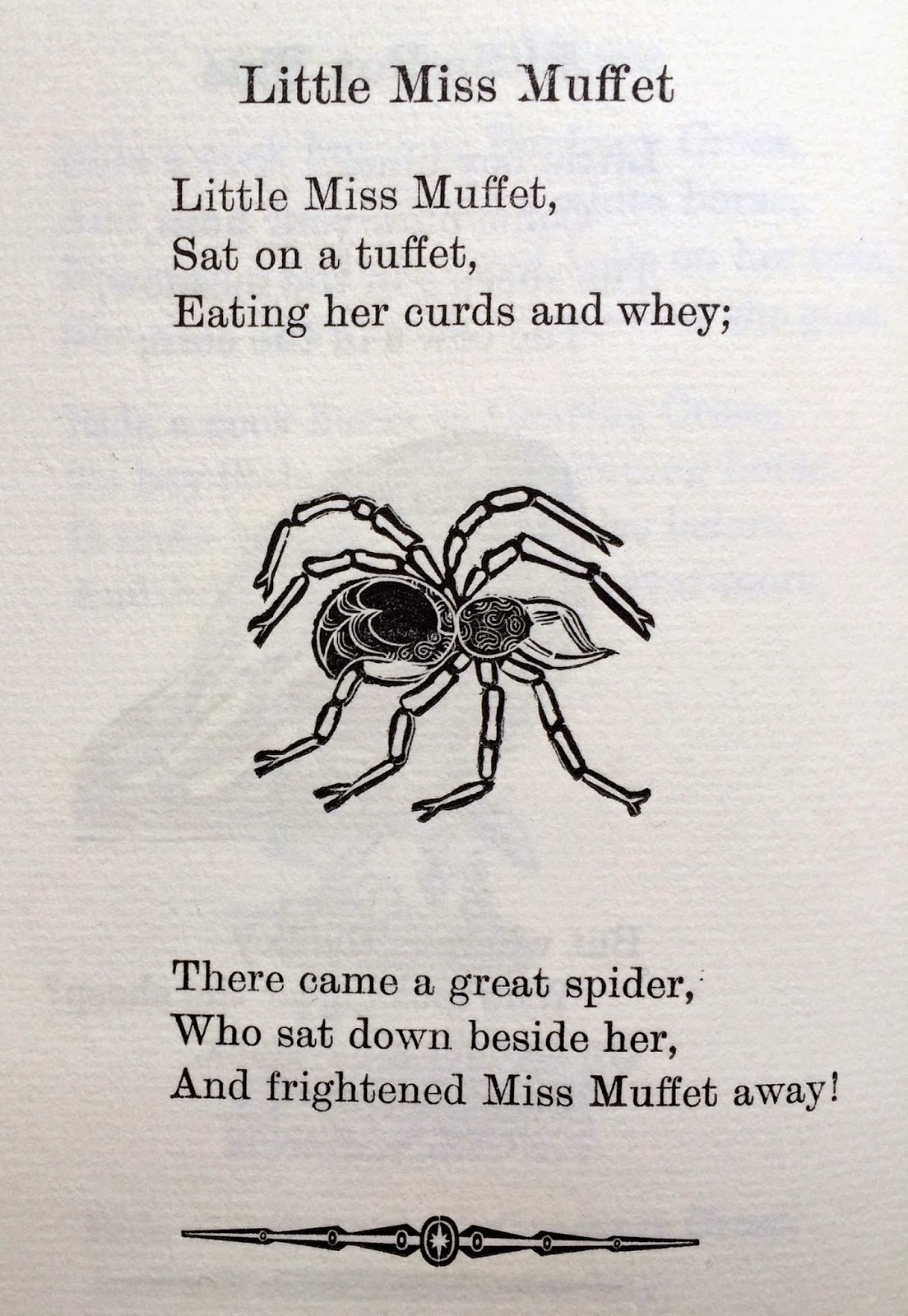