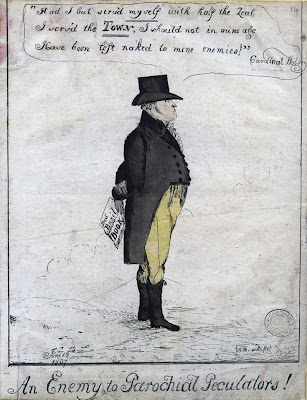 These two well-dressed gents are taken from the Manchester Scrapbook, a remarkable compilation of sketches, prints, maps and topographical views put together in the early years of the nineteenth century by Francis Egerton, the 1st Earl of Ellesmere. 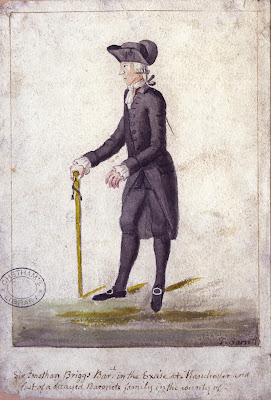 Ellesmere was widely travelled, and an enthusiastic patron of literature and the arts as well as being a politician and writer. The Manchester Scrapbook is one of several early nineteenth-century attempts to record the town in the face of the rapid changes that catapaulted Manchester from a market town to the world’s first industrial city. It includes prints and sketches of significant figures as well as recording some of the smaller buildings and public spaces that disappeared to make way for the huge cotton mills that now define the city.