Who’s got the better Flea? 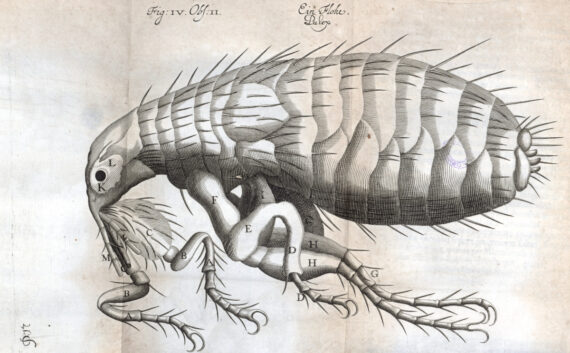 Out for photography this week was the Micrographia Nova of Johann Franz Griendel von Ach (1631-1687), a small quarto response to the ground-breaking Micrographia by Robert Hooke (1635-1703), one of our favourite illustrated scientific works. Hooke’s work was published in London in English in 1665, Griendel’s in Nuremberg, in Latin, and in the year of his death, 1687. We were thinking of a longer blog about Griendel’s work, but discovered  an excellent one by Dr William Ashworth already online at the Linda Hall Library in Kansas City, Missouri. Griendel combined the lenses in his microscope – and microscopes in general were an emerging technology – differently from Hooke and others, and claimed a major advance in magnification. 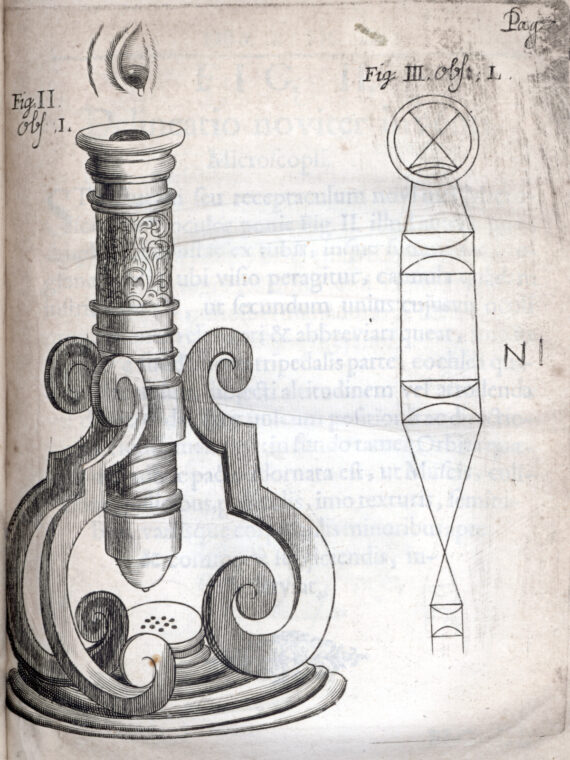 Hooke, who unlike Griendel lived long enough to see the appreciation of his work develop over years, may not have been impressed with Griendel’s claims of improvement in magnification; but who got the better flea? A function of the skills of drawer and engraver rather than of the power of the instrument, of course; but who wins? First comes Hooke’s: 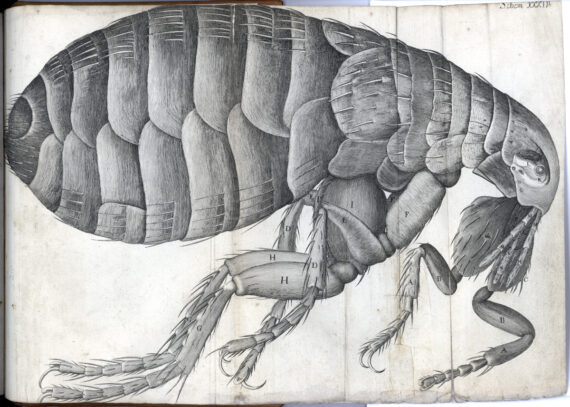 Engraving of a flea from Robert Hooke’s Micrographia of 1665

Engraving of a flea from Griendel’s Micrographia Nova of 1687

Hooke’s work was published folio, giving his engraver an edge simply in terms of paper size in comparison with Griendel’s small quarto format; but we’re going to give Hooke’s image an easy lead over the later competitor in terms of detail, shading, and general sharpness. Competition out of the way, and given quoting chunks of Griendel’s Latin might be a bit chewy (you can read it online here if you’d like), we might finish with a little of Hooke’s very engaging English prose, describing his approach to studying refraction, and why colours occur in the heavens: 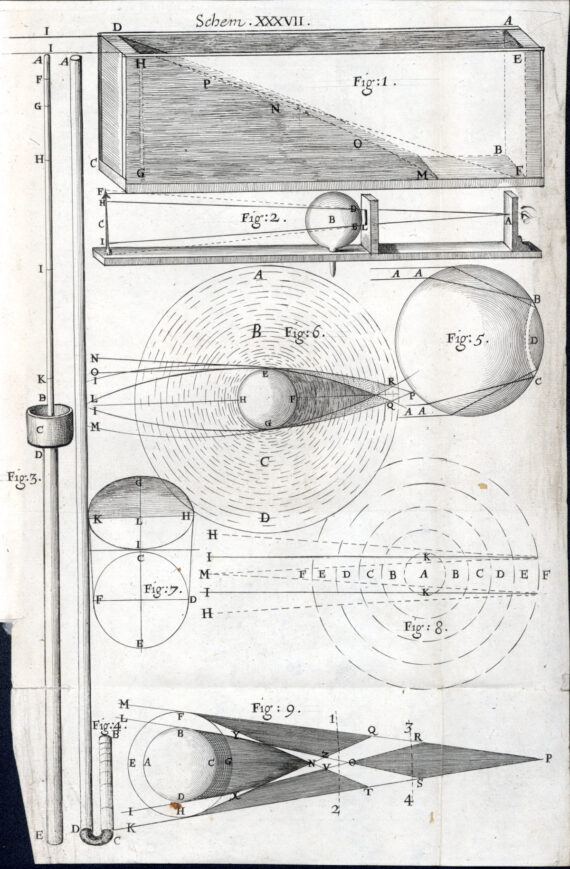 “First, The redness of the Sun, Moon, and Stars, will be found to be caused by the inflection of the rays within the Atmosphere. That it is not really in or near the luminous bodies, will, I suppose, be very easily granted, seeing that this redness is observable in several places differing in Longitude, to be at the same time different, the setting and rising of the Sun of all parts being for the most part red: And secondly, That it is not merely the colour of the Air interpos’d, will, I suppose, without much more difficulty be yielded, seeing that we may observe a very great interstitium of Air betwixt the Object and the Eye, makes it appear of a dead blew, far enough differing from a red, or yellow. But thirdly, That it proceeds from the refraction, or inflection, of the rays by the Atmosphere, this following experiment will, I suppose, sufficiently manifest. Take a spherical Crystalline Viol, such as is described in the fifth figure ABCD …”