Worth getting out of bed for! 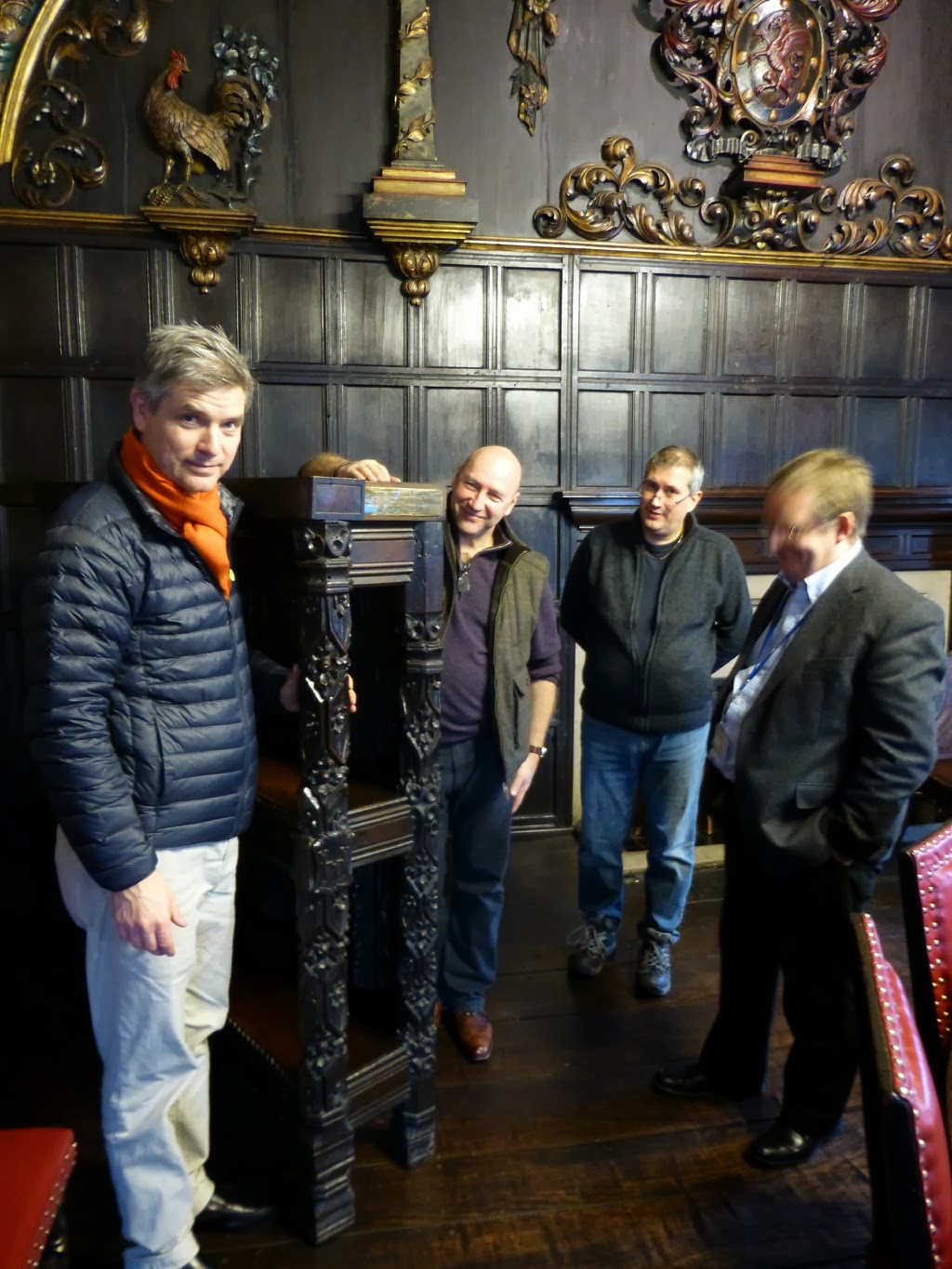 There was great excitement this morning when we welcomed architectural historian Jonathan Foyle, furniture historian Ian Coulson and furniture restoration expert Tim Garland to the Library to examine the carved ‘bookshelf’ in the Reading Room, which has been revealed to be made out of a rare early C16th bed.

The bed was made for Lancashire gentleman Adam de Hulton between 1506 and 1517, and is believed to have been slept in by Bonnie Prince Charlie. At some point turned into a sideboard with the addition of part of one of Humphrey Chetham’s chained libraries, the piece of furniture was donated to Chetham’s in 1827 by William Hulton, one of the Library governors. 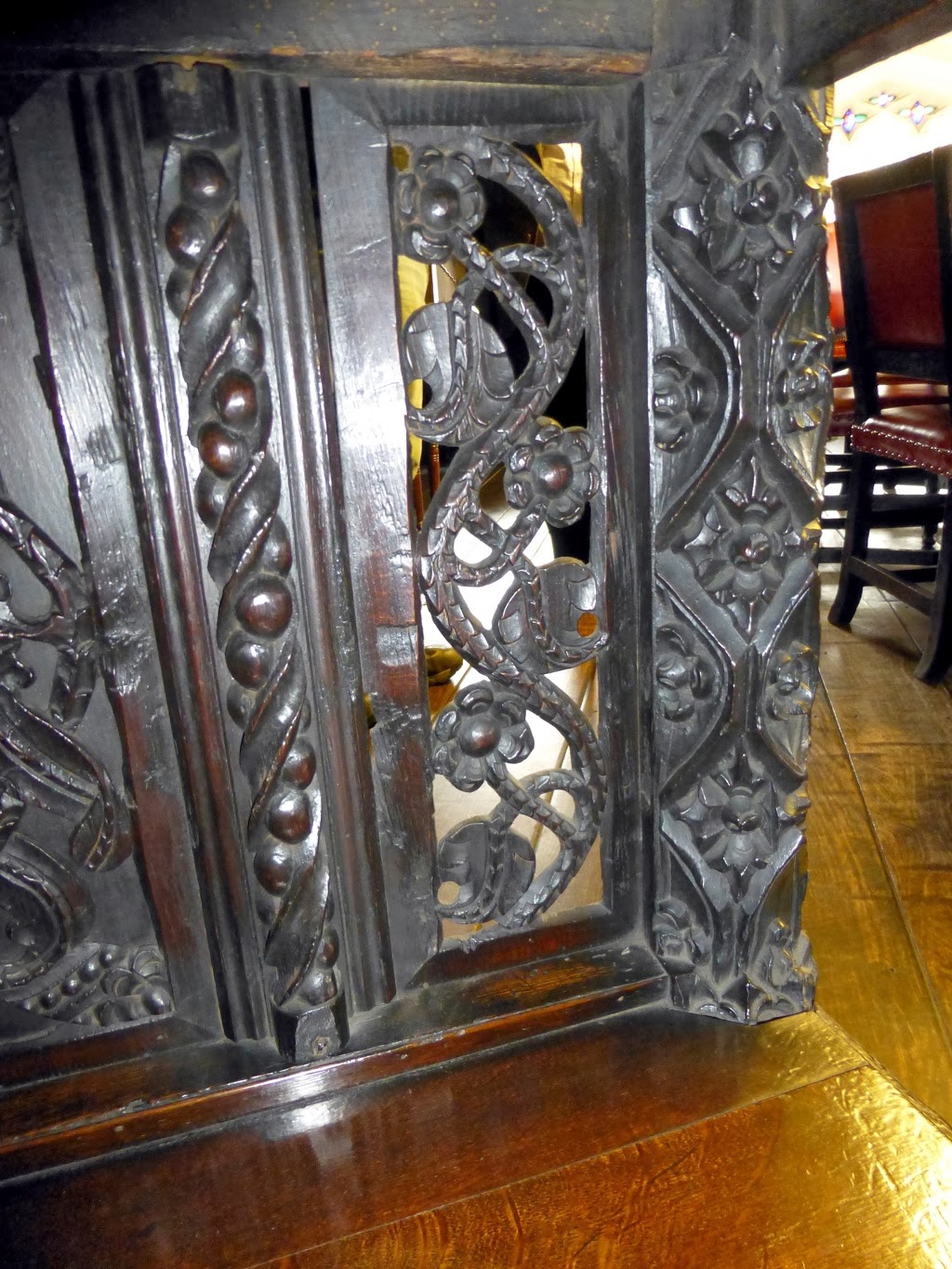 A single back panel was carefully removed from the rear of one of the lower sections to reveal the beautiful carving, which offered more clues to the construction and provenance of the piece. 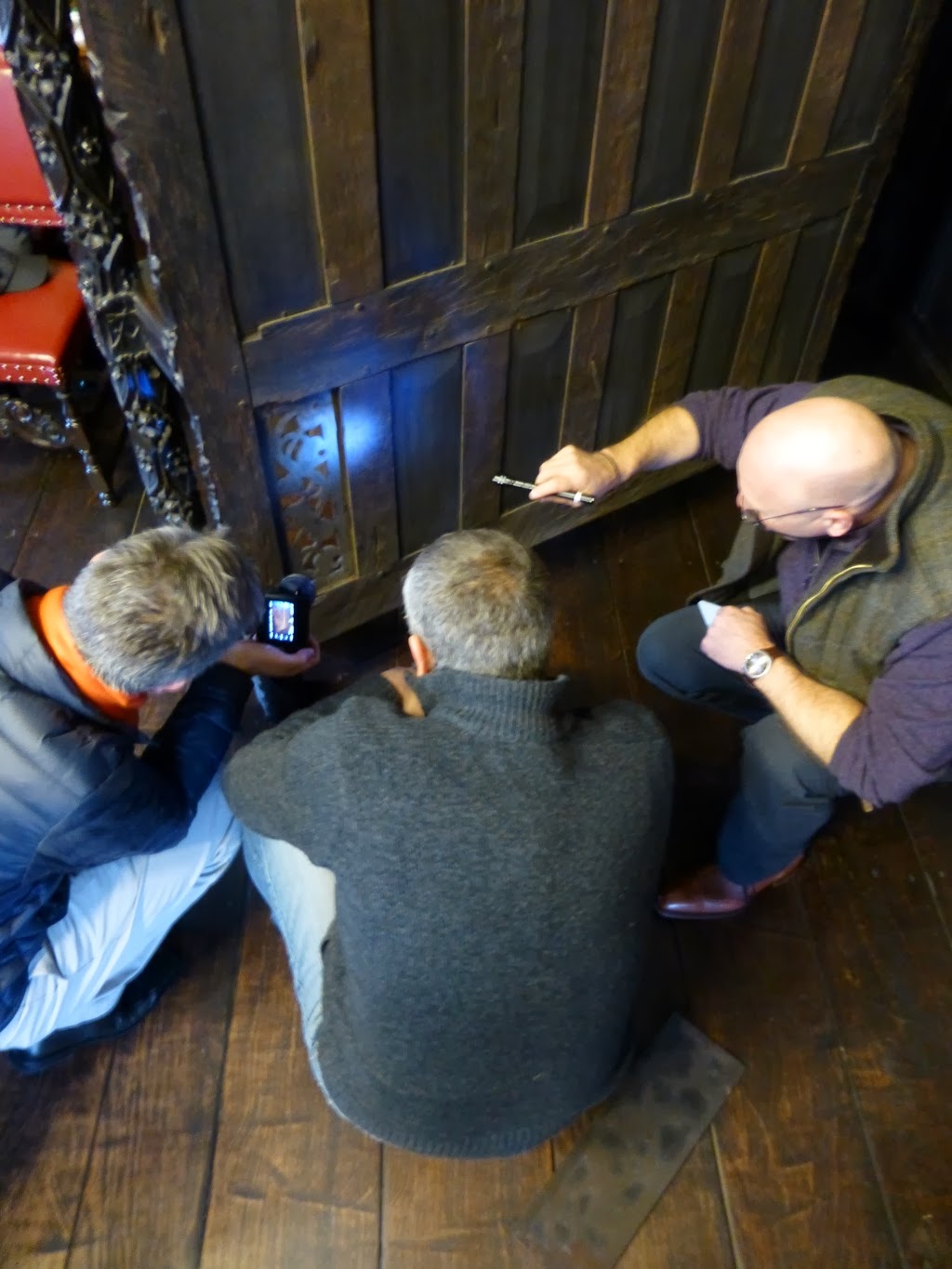 The three also looked at several pieces made by the Uppermill furniture-maker and architect George Shaw, and made some fascinating discoveries. Look out for a BBC4 documentary on their findings sometime later this year.