A model for ‘Game of Thrones’? 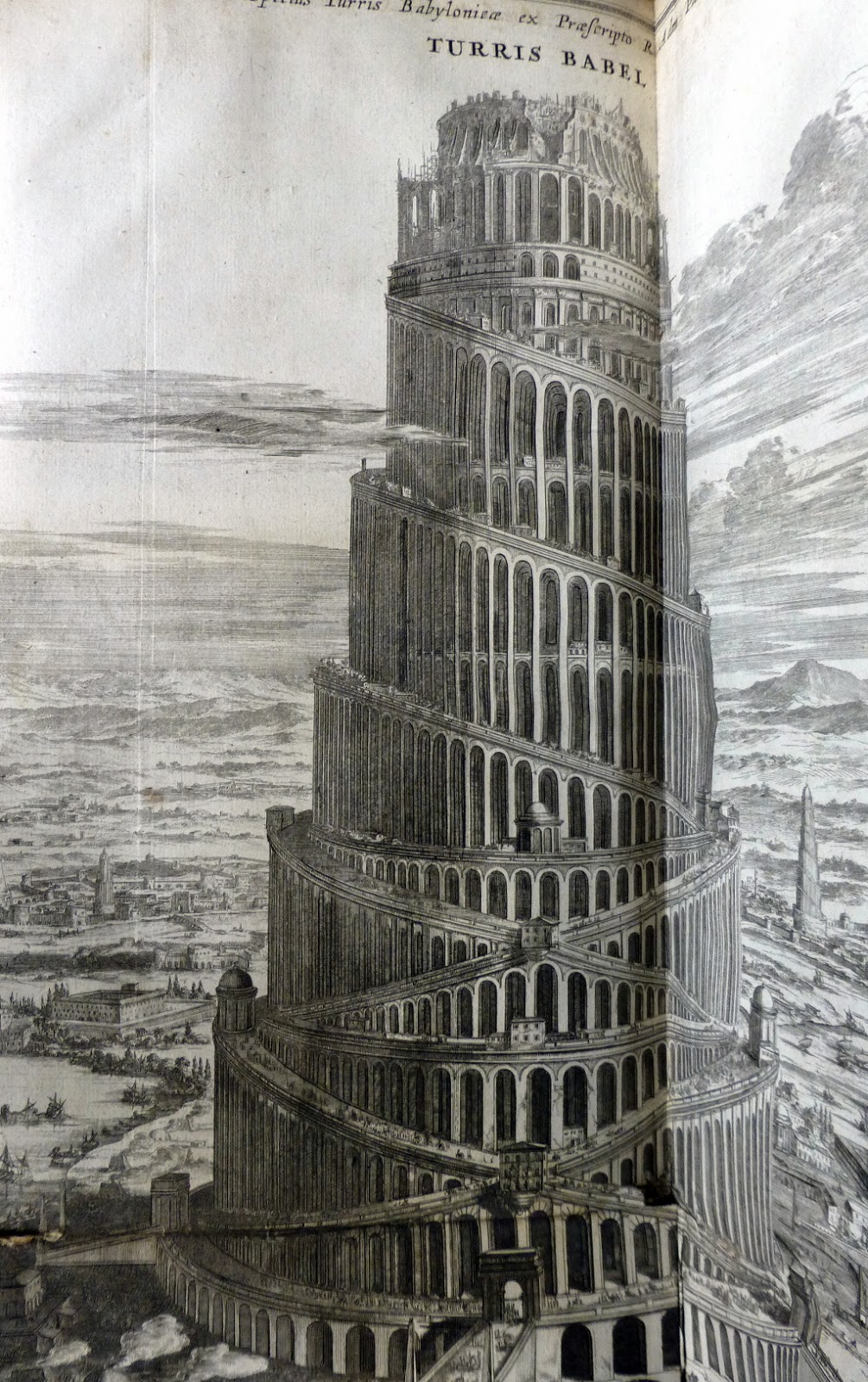 Some of the illustrations in Turris Babel (Amsterdam: 1679) look remarkably like the opening credits to Game of Thrones, but in fact the book was the German Jesuit scholar Athanasius Kircher’s attempt to create a detailed analysis of the construction of the Tower of Babel. 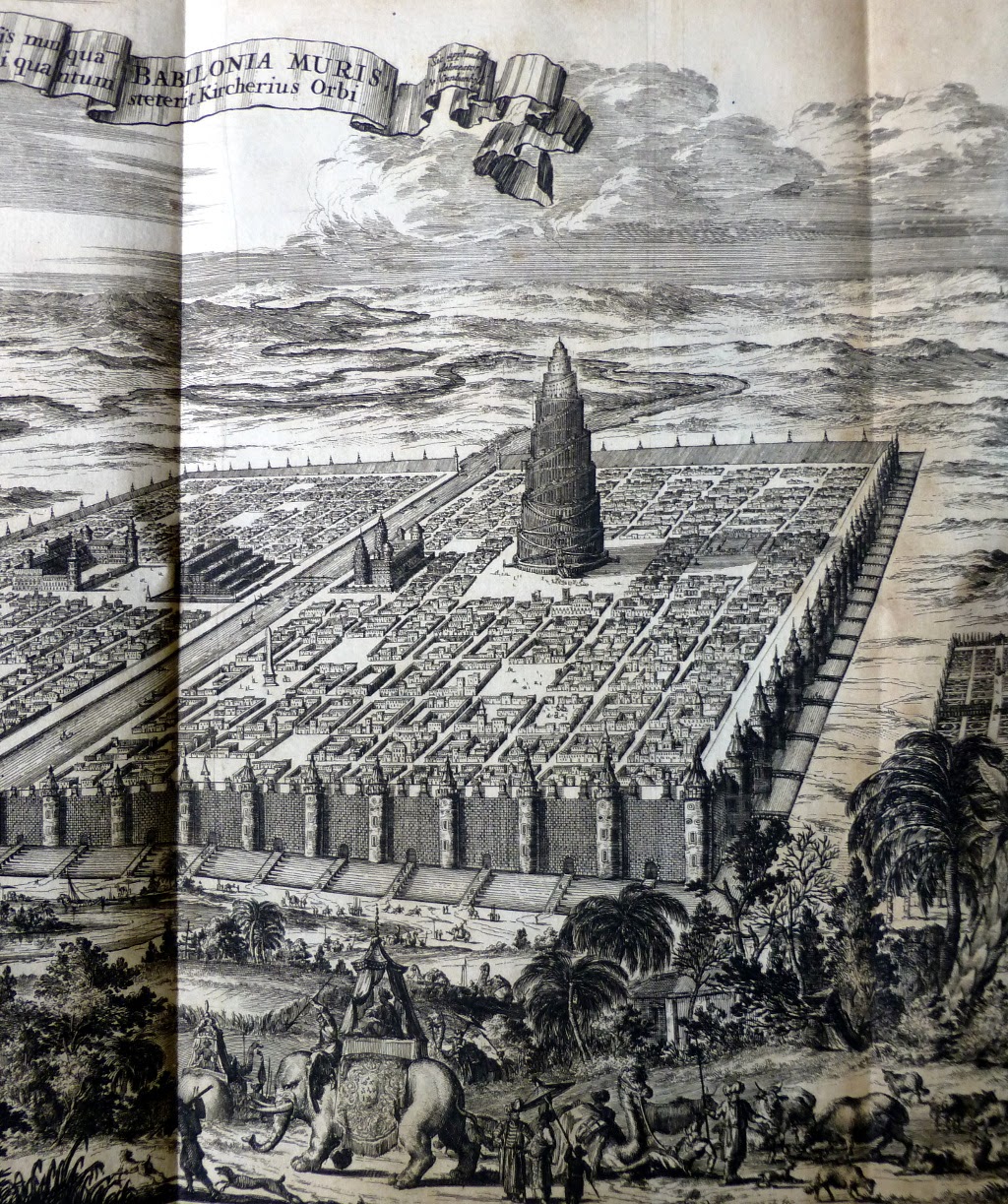 On the basis that it should reach the beginning of the heavenly realm, which in Aristotelian cosmology was represented by the sphere of the moon’s orbit around the earth, Kircher calculated that the tower would need to be 178,672 miles high. The absurdity of this flawed concept is illustrated by his estimation of all the materials required to build such a tower, and its precise size, which meant that if five million men worked for 426 years it could still never be finished, and would require the entire world’s resources of raw materials such as wood and clay. To reach the top, it would take a horse 800 years, even galloping at 30 miles a day. The great weight of such a tower, unsurprisingly, would unbalance the earth from its place at the centre of the universe. 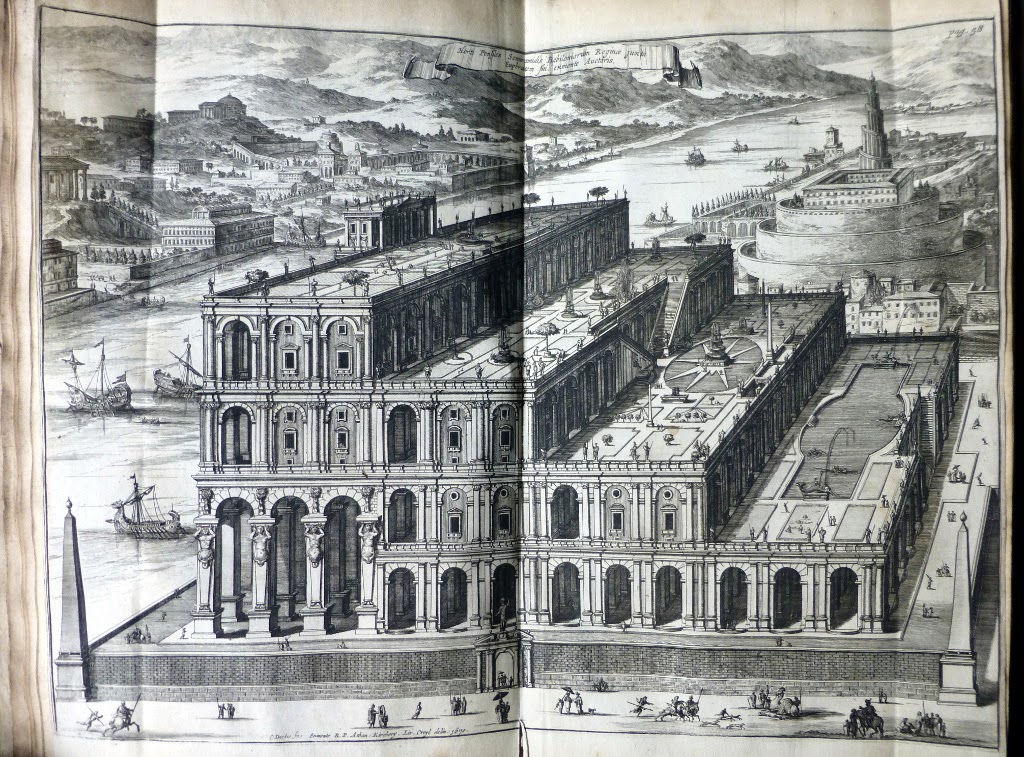 The book also shows other Babylonian buildings such as the hanging gardens, and other large structures such as the Colossus in Rome, and goes on to a study of linguistics inspired by the concept of the Tower of Babel.

You can read more about Athanasius Kircher and his work on the 101 Treasures pages of the website. 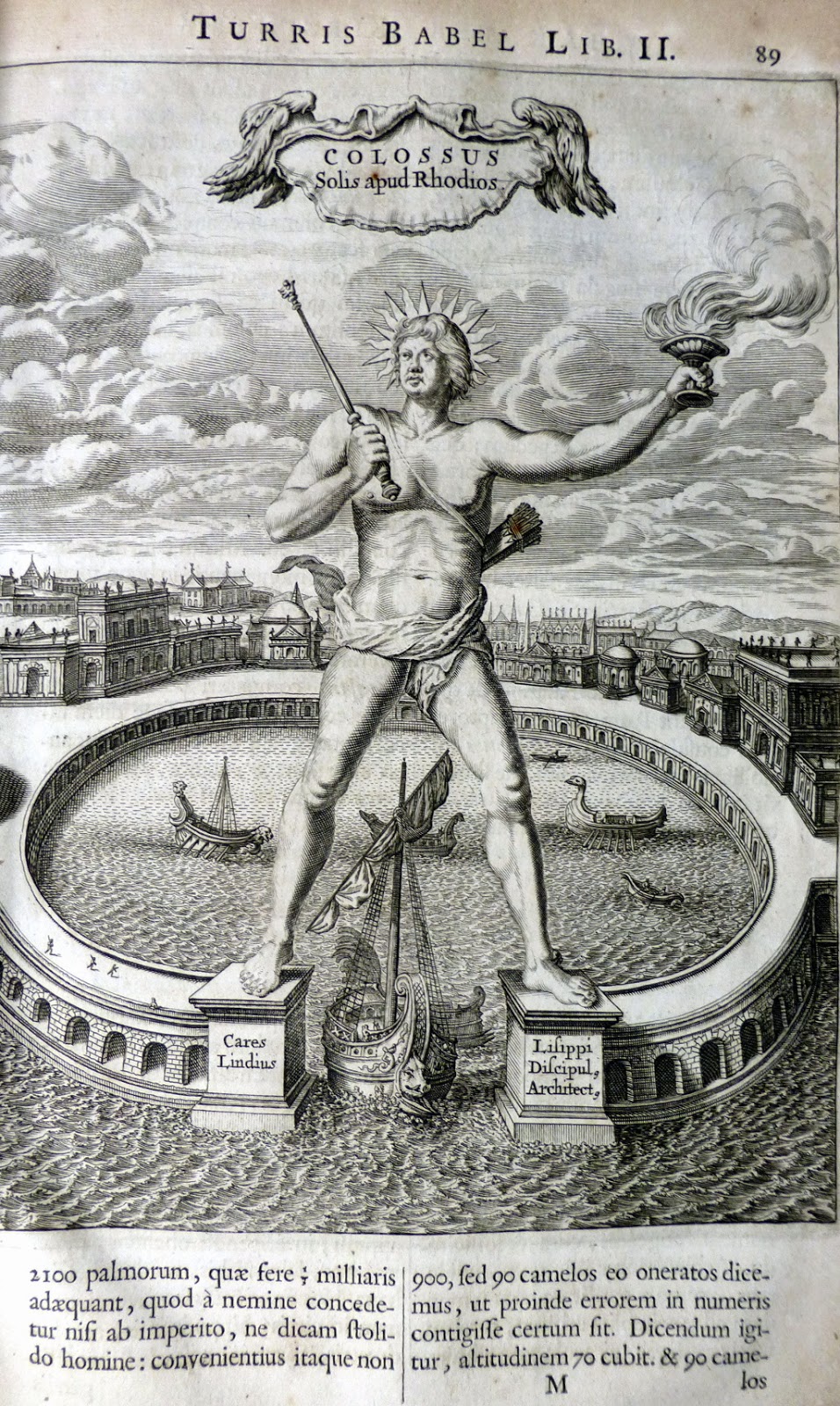