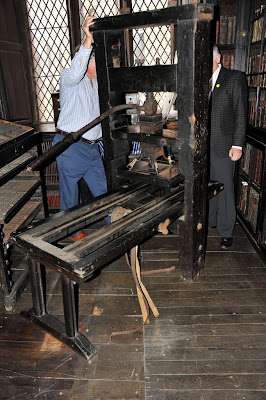 The wooden hand printing press which has stood for many years at the top of the Library stairs was this week dismantled and removed to Alan May’s workshop in Stone, Staffordshire. 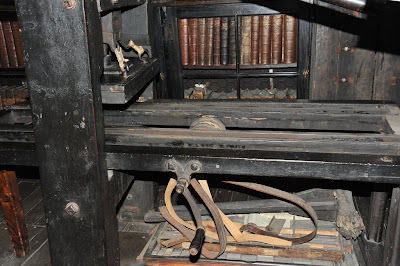 Years of use as a working press and demonstration model coupled with poor quality nineteenth-century alterations mean that the press is extremely unstable and not safe for use. Alan, who was seen last year creating a working replica of the Gutenberg Press on BBC Four with Stephen Fry, will restore the press to working order, allowing printing processes to be demonstrated to Library visitors. 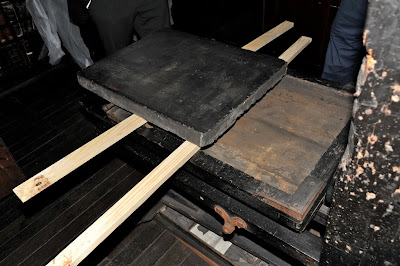 The press is believed to date from the early seventeenth century, and was donated to Chetham’s in 1900 by George Falkner and Sons, printers of Deansgate, Manchester, along with some additional equipment including a type-casting mould, printing ink balls, a number of typecases in an old random, and a compositor’s stick. The press is one of only five seventeenth-century presses in England, and the only specimen in the North West. Fewer than seventy survive globally, and there are no surviving examples of presses produced before the seventeenth century. 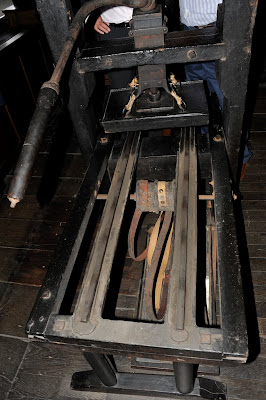 The wooden hand press, which is also known as the common press, is operated by a heavy iron screw held in a wooden frame. It was first developed in the fifteenth century and continued with only slight variations until the nineteenth century when wooden presses were gradually replaced by metal ones. The Chetham’s press is of special interest to the Library since all the books housed in the part of the library where the press and equipment are displayed were made on wooden hand presses of similar construction. It is believed to have been in actual use in Manchester until the nineteenth century.