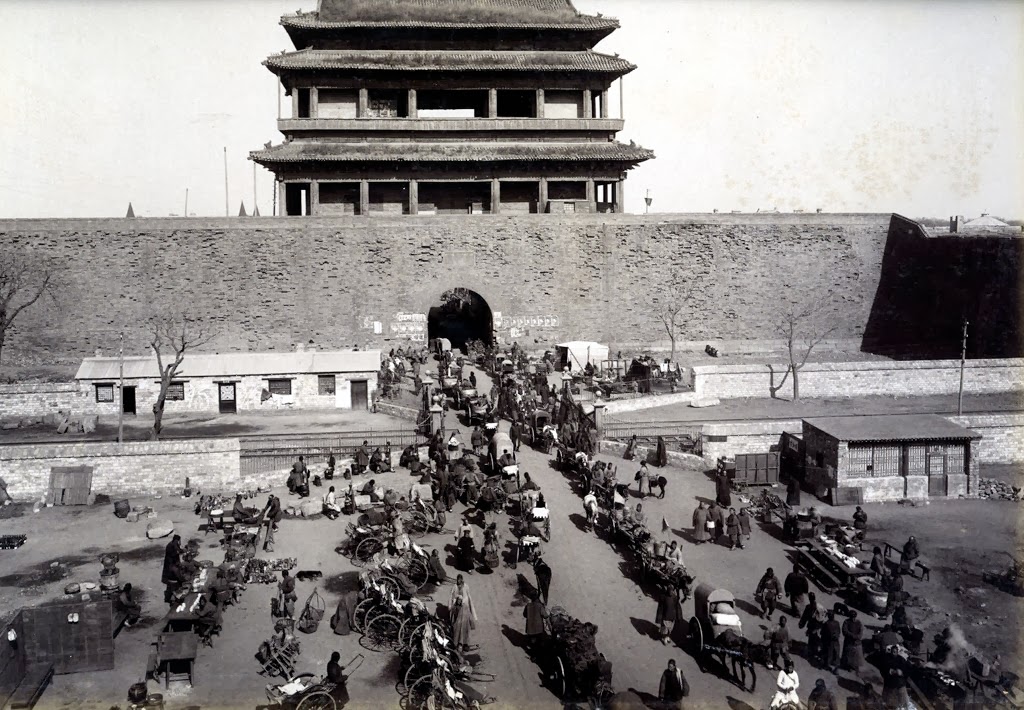 The end of January sees the arrival of the Chinese New Year of the Wood Horse. This year is believed to be excellent for adventure and foreign travel, so what better time to share these amazing photographs of China taken from the collection of J.J. Phelps.
The photos are part of an album of around fifty images taken on a trip to Japan, China, Singapore, Indonesia and India, probably undertaken by Phelps around the turn of the last century. As well as the remarkable sight of the Great Wall snaking across the mountains, he also recorded this image of Peking, showing the gate between Chinese City and Tartar City. 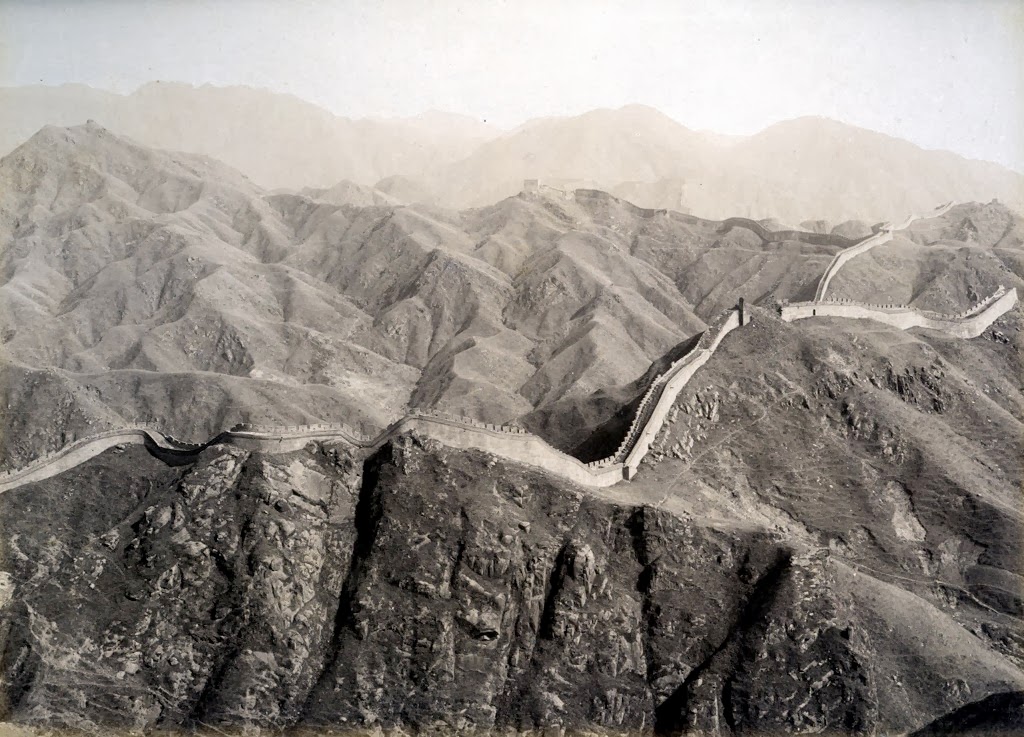