Chetham’s Library had fun hosting a splendid concert given by Laetitia Sadier on Sunday. The event was part of the Abandon Normal Devices Festival and Laetitia was introduced by Phil Collins (no, not that one, the artist and film-maker), who recently collaborated with Laetitia on the short film ‘marxism today (prologue)’. 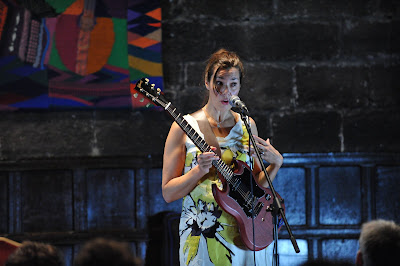 The event was organised by Cornerhouse staff, to whom much thanks is due, and quickly sold out. We and Laetitia’s avid fans greatly enjoyed the evening and all doubtless would have wished for more than the single encore that time allowed. Find out more about Laetitia’s music here, and about Stereolab, with whom she has had a long musical partnership, here. 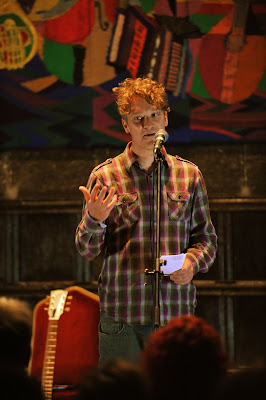