Animal in the Archive 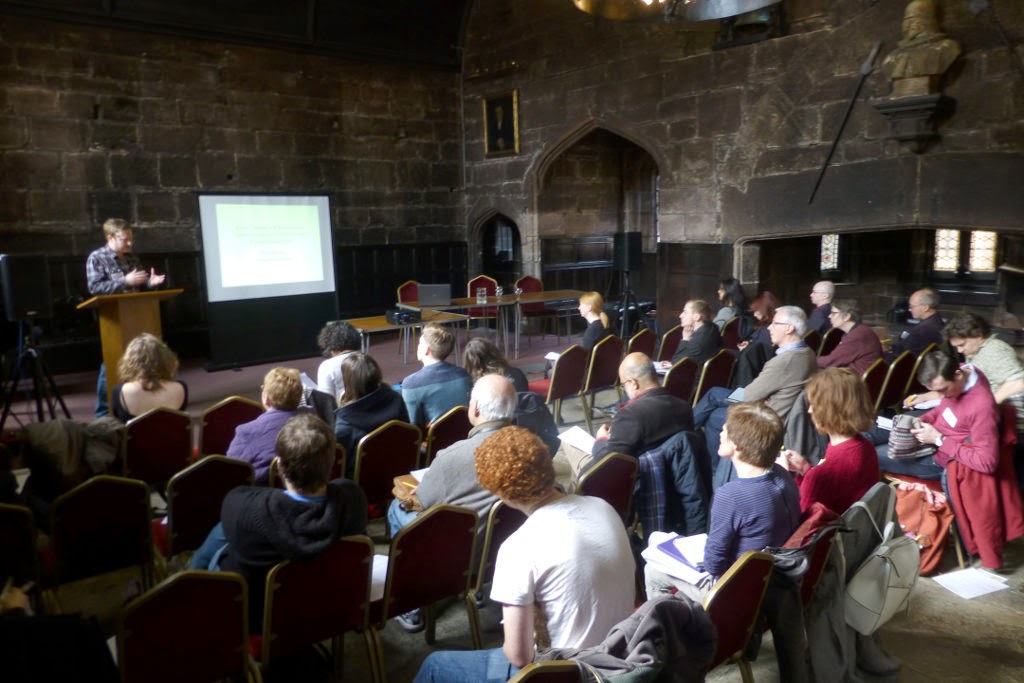 This past Friday (27 March) Chetham’s Library welcomed delegates from around the country for the ‘Animal in the Archive’ conference. Organized by Dr. Peter Yeandle (Lecturer in Modern British History at the University of Manchester), this symposium invited academics to present papers on the animal turn in historiographical research. Work placement student Courtney Stickland was in attendance and reports:
For those unfamiliar, the ‘animal turn’ is concerned with the cultural meanings of animals in human history. Rather than just writing a history of animals (where they are from, what they do, what they look like), the animal turn interrogates the human world’s relationship with fauna to understand ideas of power, emotion, gender, economics, race and much more. 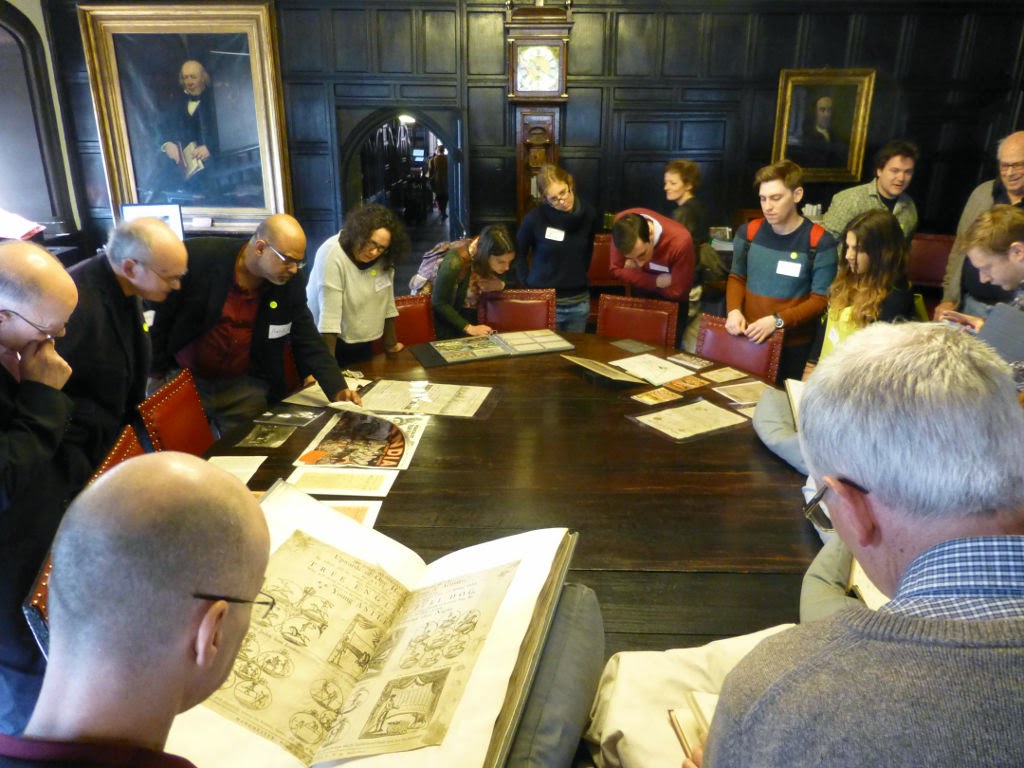 We started bright and early on Friday morning, and following a brief welcome by Peter and Belle Vue Project worker Kathy Whalen, the delegates were taken to the Chetham’s Library Reading Room to explore some pieces from the Belle Vue collections related to the zoological gardens. On display were postcards and photographs, a book by George Jennison himself (Noah’s Cargo), the turn-of-the-century animal acquisition and care guides (you can find them in pdf form on the Virtual Belle Vue website), and a table of zoo guides from around the world. 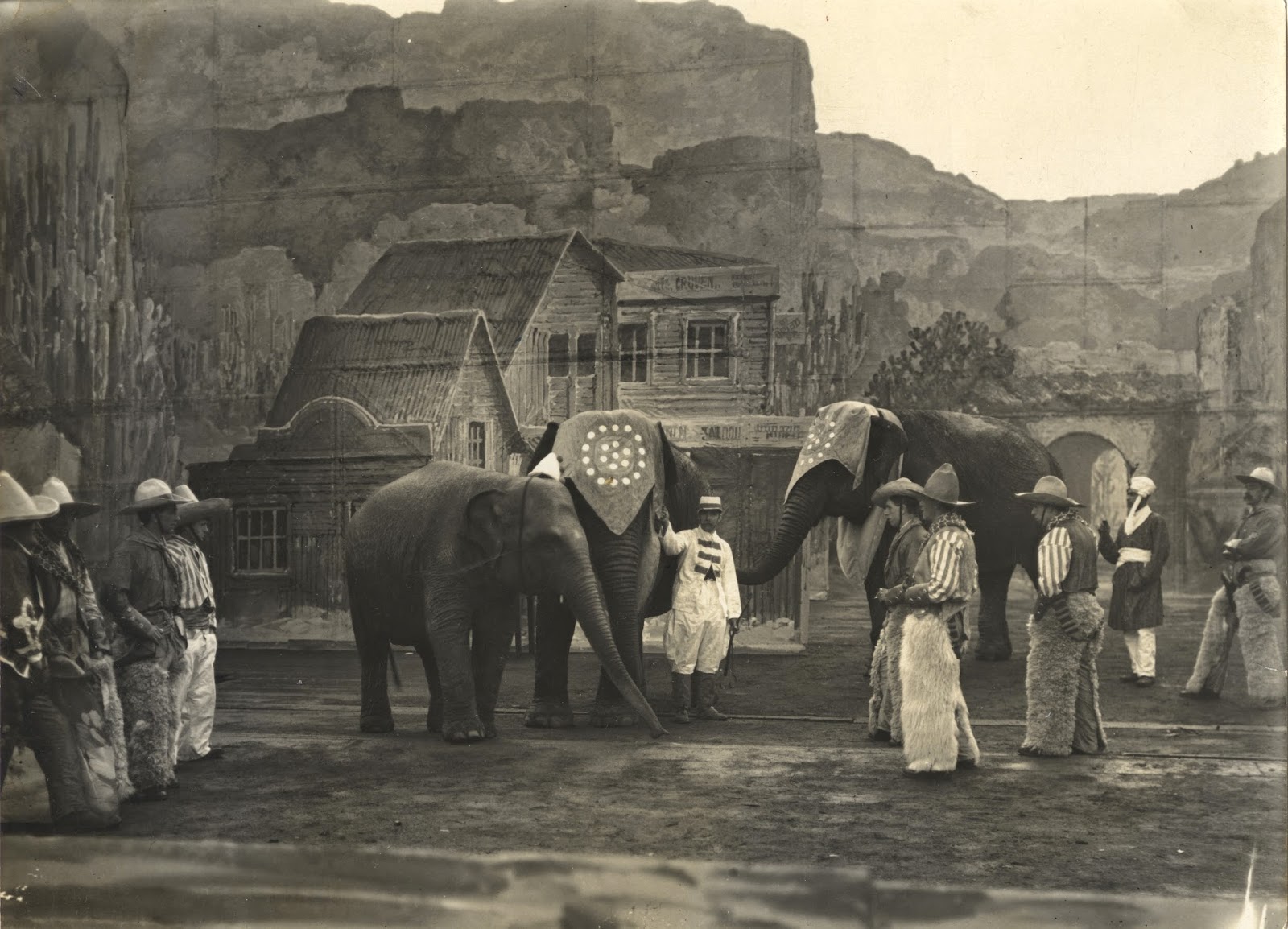 Having piqued the visiting delegates’ interests with the Belle Vue holdings, symposium organiser Peter Yeandle’s paper ‘The Elephant in the Archive: authenticity and artifice in animal displays at Belle Vue’, focussed on the famous elephant Maharajah later in the day. A historian of performance and display, Yeandle’s paper raised the issues of animals as representatives of species, and the animal as an individual (which was often the case in a number of nineteenth-century displays of exotic animals). Encapsulating issues of performance, display, and representations of animals explored in the rest of the symposium papers, Yeandle’s paper on animals inside and outside of the cage (and in Maharajah’s case, after death as a museum exhibit) revealed the overlooked importance of Belle Vue in understanding human-animal relationships in history.
Kicking off our first panel, Andrew Flack’s (University of Bristol) paper ‘Bodies, Blood, and Biodiversity: Conservation and Colonialism at Bristol Zoo Gardens’ examined conservation programs throughout the last century and a half, and the hierarchies of animal ‘importance’ in zoological collections. Helen Cowie’s (University of York) ‘Elephants in the High Street: Travelling Menageries in Nineteenth-Century Britain’ examination of science, showmanship and commercialism in ‘mobile wild beast shows’ mirrors the Belle Vue zoological collection and its role in Victorian culture as a venue for pleasure and the exotic. Karen Sayer (Leeds Trinity University) changed gears from exotic collections of zoos to examine human relationships with the humble and mundane creatures long-present in Britain in ‘The Appreciation of the Farm Animal’. Reflecting on my own trips to farms and petting zoos when I was younger as Sayer spoke, I found her emphasis on sensory perception to be a brilliant means of interrogating relationships with farm animals. 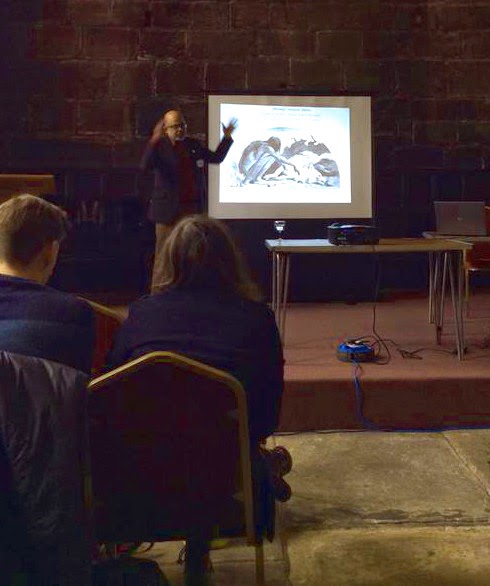 Following lunch in the old kitchens, Pratik Chakrabarti (University of Kent) provided us with our keynote presentation: ‘The Animal Turn in the Cultural History of Empire’. Chakrabarti’s paper was a wonderfully philosophical exploration of the applications of animal histories. His discussion of Victorian searches for the ‘monkey people’ in India and the impact of empire, as well as anecdotes about dog training and the alpha male, were entertaining and raised lots of questions about just how we can incorporate the animal into the human world.
Our second panel explored the commercial and educational display of animals. Elle Larsson’s (Royal Holloway University) ‘”I’ll take a tiger to go, Sir”: Charles Jamrach’s exotic menagerie and the Victorian Metropolis’ illuminated the importance of the exotic animal trade in processes of empire building, fusing processes of commercialism and imperialism through the exchange and display of animals. Alexander Scott’s (University of Lancaster) ‘Missing Links and Nondescripts: a cultural history of Chimpanzees and Gorillas in Victorian Liverpool’ also examined the exotic animal trade, focussing on the academic, scientific and popular displays of gorillas and chimpanzees in the imperial port of Liverpool. Examining missing link narratives. display techniques, and the connections between those involved in the presentation of these specimens, Scott reveals the similarities between the seemingly separate venues of museums and sideshows. Julia Courtney’s (Independent) “Would you like to sin on a tiger skin…?” Domesticating the exotic animal’ offered a sexy look at Victorian animal commodities, focussing on the representations and responses to animal furniture in the nineteenth century home. Not limited to tiger skin rugs, Courtney’s paper examined elephant footstools, horn furniture, and upholstered chairs made from baby giraffes as symbols of imperial memory and emotion that could be accessed daily within the home. 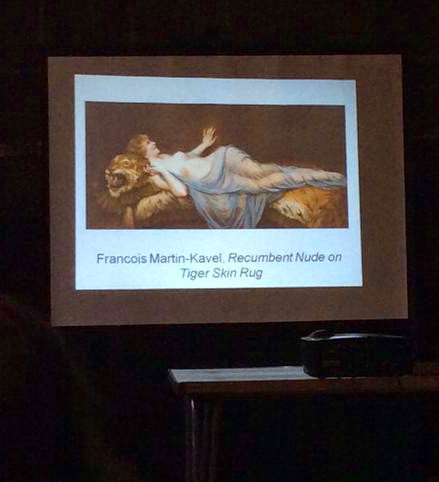 Pete Yeandle opened our third panel on the representation and performance of animals. David Hall’s (Cambridge) paper ‘Dancing serpents: orientalism and representations of snake-charmers in nineteenth-century Britain’ explored issues of British imperialism in India through the cultural figure of the snake charmer, focussing on the inherent tensions of such representations as simultaneously skilled and subversive. Last, David Mayer (University of Manchester) presented ‘No animals were harmed in the marking of this…’, on Victorian performance and horse culture, a collaboration with his daughter Cassie Mayer (Independent). This fascinating paper revealed the hidden complexities of trainer-horse relationships in the preparation of horses for stage and film from the 18thcentury to the present, focussing on the training techniques of Philip Astley (1742-1814). 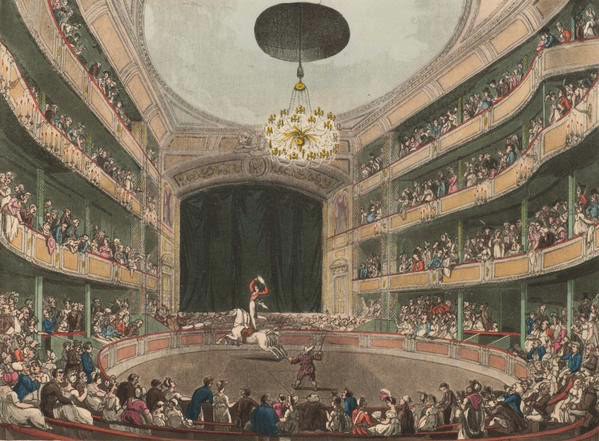 I was very excited to be a part of this event as both a guest and as a volunteer for Chetham’s. Hearing others’ research is always a great way to widen your understanding of the field and gain new perspectives, and that many of the speakers were examining the Victorian period was a bonus for me!
Check out our storify of the event or search #AnimalsintheArchive on twitter for pictures, commentary and my terrible animal puns.