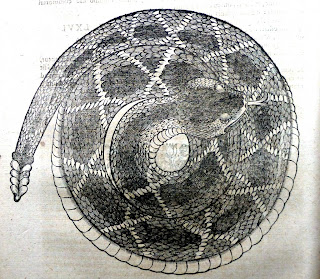 It is always a pleasure to receive a catalogue from Sokol Books in the post and the latest edition LXIII is no exception. We are privileged to hold a number of items offered in the catalogue here at the Library, including John Eusebius Nieremberg’s Historia Naturae Maxime Peregrinae of 1635, some photographs of which are shown below. The excellent catalogue description of this beautifully illustrated work can hardly be bettered: 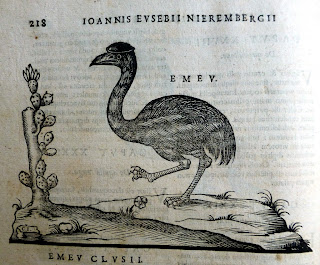 “The first and only edition of Nieremberg’s important and encyclopaedic natural history, devoted for the most part to the flora and fauna of the New World and particularly Mexico. 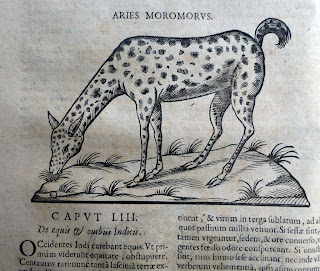 There had been earlier accounts of the natural history of the New World, mostly in passages of travel books, but this was the first attempt to order them and can properly be described as the first American Natural History. Many species are described or illustrated here for the first time and in supplying the indigenous names for the plants and animals described, the work is an important linguistic source for the Nahuatl language of the Aztecs. There is also much information on the culture and rites of the Aztecs and Incas and of Mexico before the conquest. 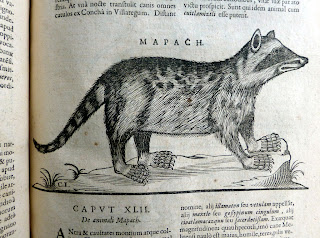 Nieremberg’s sources are various but its seems certain that much of this work is derived from manuscripts brought back by Francisco Hernandez who had made a large compendium of Aztec flora and fauna, using a group of Aztec artists and draughtsmen; this work is all the more important in that the original drawings were destroyed along with a large part of the famous library at the Escorial, and perhaps the charm of the boldly stylised illustrations reflect their manuscript origin. 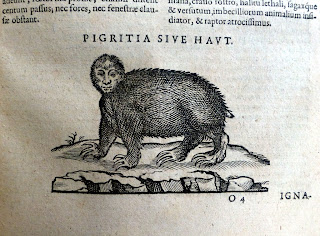 The woodcuts were made by the Flemish artist Christoffel Jegher who worked as Rubens’ engraver and extensively for the Plantin-Moretus publishing house. They include the raccoon, rattlesnake, dodo, toucan, birds of paradise, water lily, coconut tree, cactus, iguana, amongst others, a great deal of them in their first representation in a printed work. 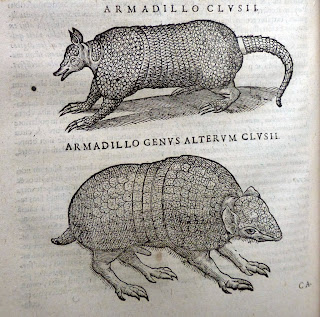 The text is scientifically organised by Genus; plants, fish, birds, minerals etc. with much technical observation of animals, minerals and plants and their properties. (There is also a chapteron tobacco and its therapeutic use). The book ends with two fascinating chapters on Nieremberg’s observations on miraculous events in Europe and the Holy Land, followed by an extensive and very useful index. 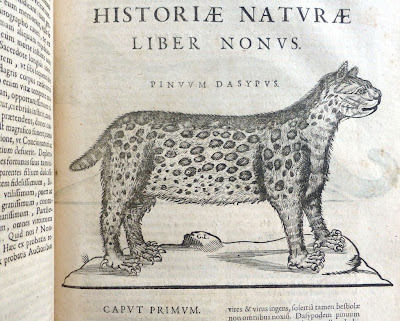 Nieremberg was a noted theologian and prolific writer, born of German parents at Madrid in 1595, who taught humanities and natural history for sixteen years at the Imperial College, having joined the Society of Jesus in 1614. His writings on occult philosophy and natural magic were influential. The book is dedicated to Gaspar de Gusman, Count of Olivares, Grand Chancellor to the Indies.”

For more photographs and information visit the Sokol Books website.