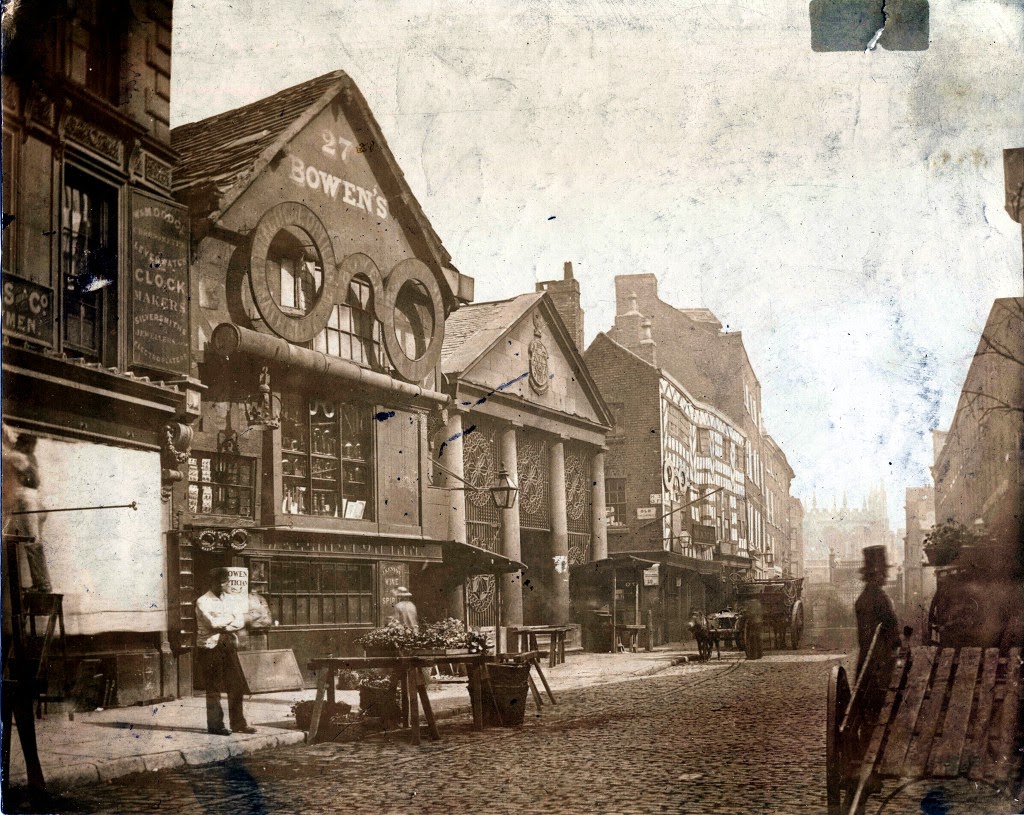 One of the most striking shop signs in Victorian Manchester was that of the optician T. M. Bowen, whose premises at 27 Market Place were dominated by an enormous pair of spectacles. 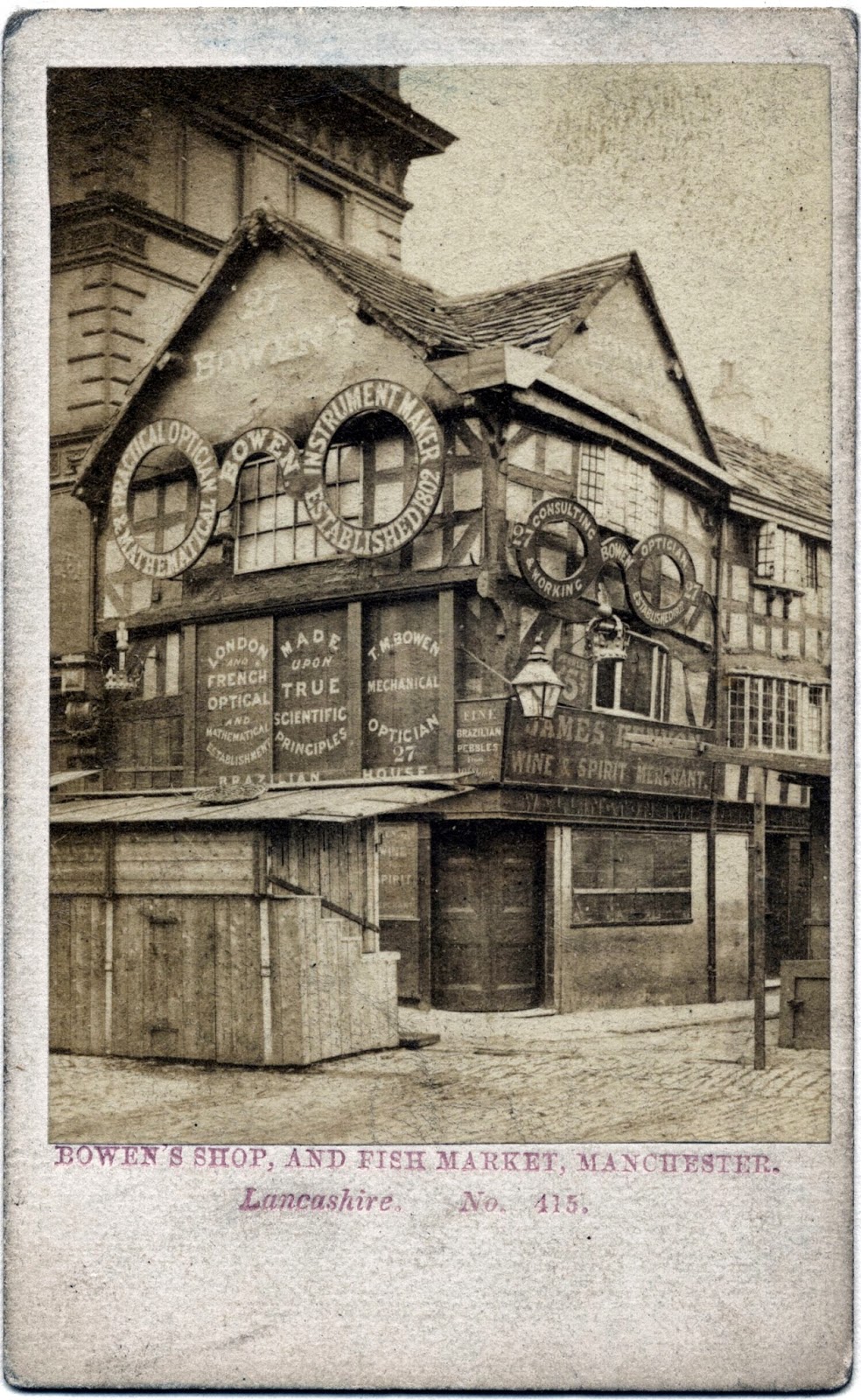 Bowen’s was one of Manchester’s great success stories, and practised for over half a century in the same premises, the Wellington Inn (now reconstructed in Shambles Square next to the cathedral). 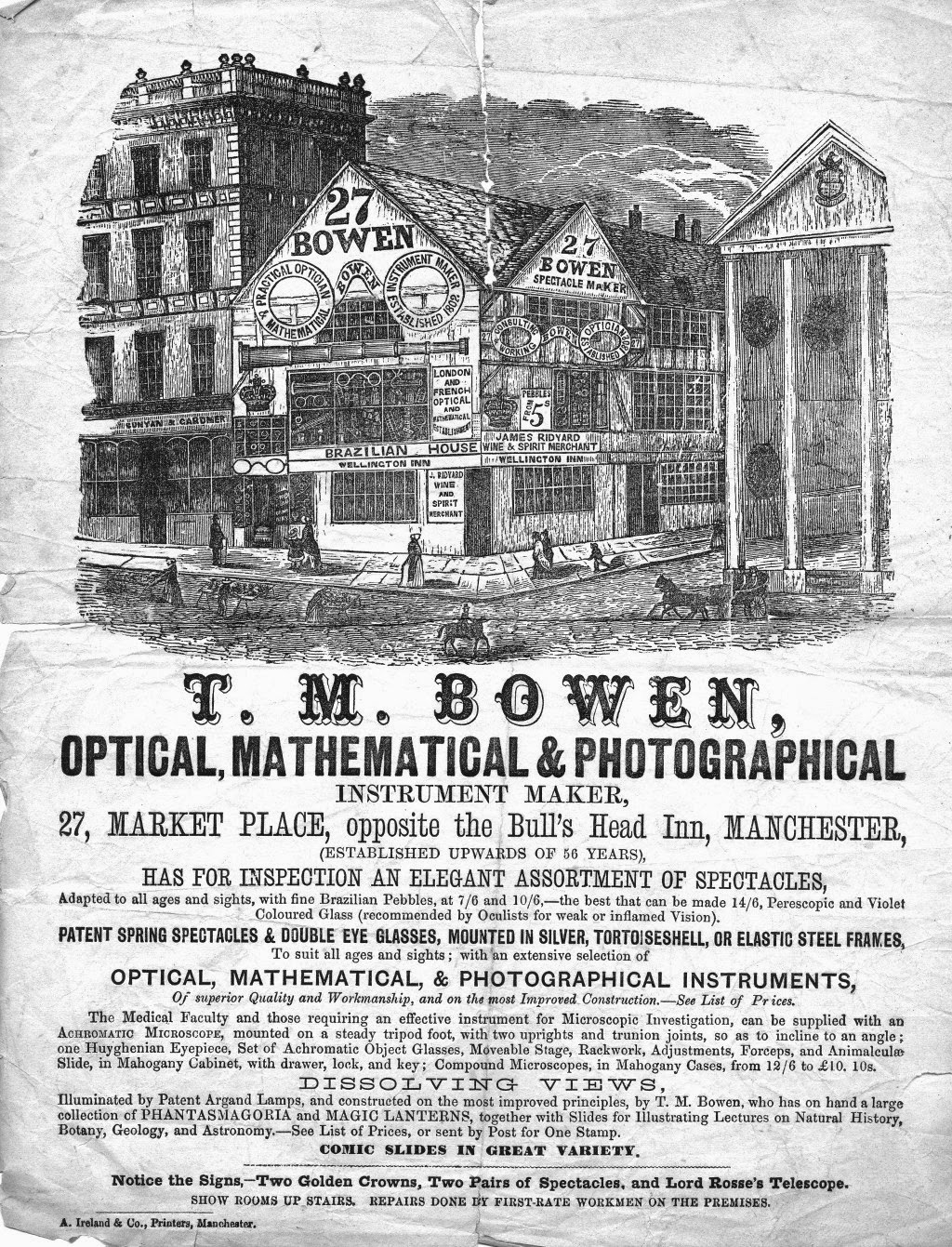 We have a number of items relating to the firm, including a splendid piece of advertising in verse from the 1820s, a later advertisement from a trade directory in which Bowen announced that they been in business for 56 years, an illustrated business card and a wonderfully detailed photograph of 1859. Obviously having an eye for colour as well as his profession, Bowen’s business acumen is here celebrated in verse:

Any colour you fix on – blue, purple, or green,
Which your elegant taste may incline to select,
Can of Bowen be had. Such a choice may be seen
As will prove that his judgement is always correct. 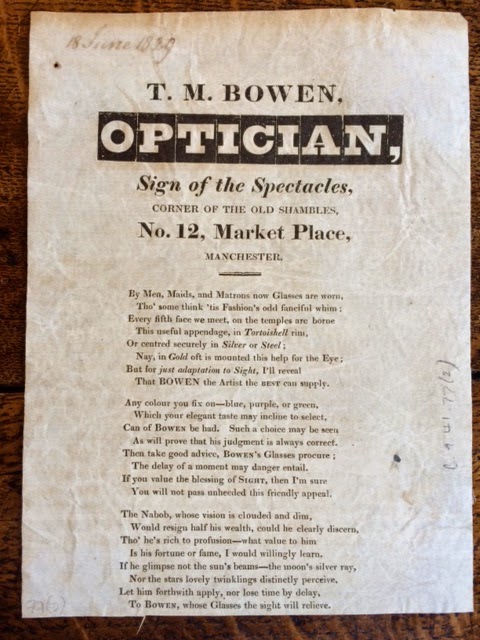