Gasparis Tagliacozzi was professor of surgery and anatomy at the University of Bologna in the late sixteenth century. In 1597 he published his most famous work De Curtorum Chirurgia, a guide for surgeons on reconstructive surgery for noses and ears. Tagliacozzi was developing techniques used by earlier Italian surgeons, the origins of which can be traced back to Arabic records of the fourth-century work of Sushruta Samhita in India. 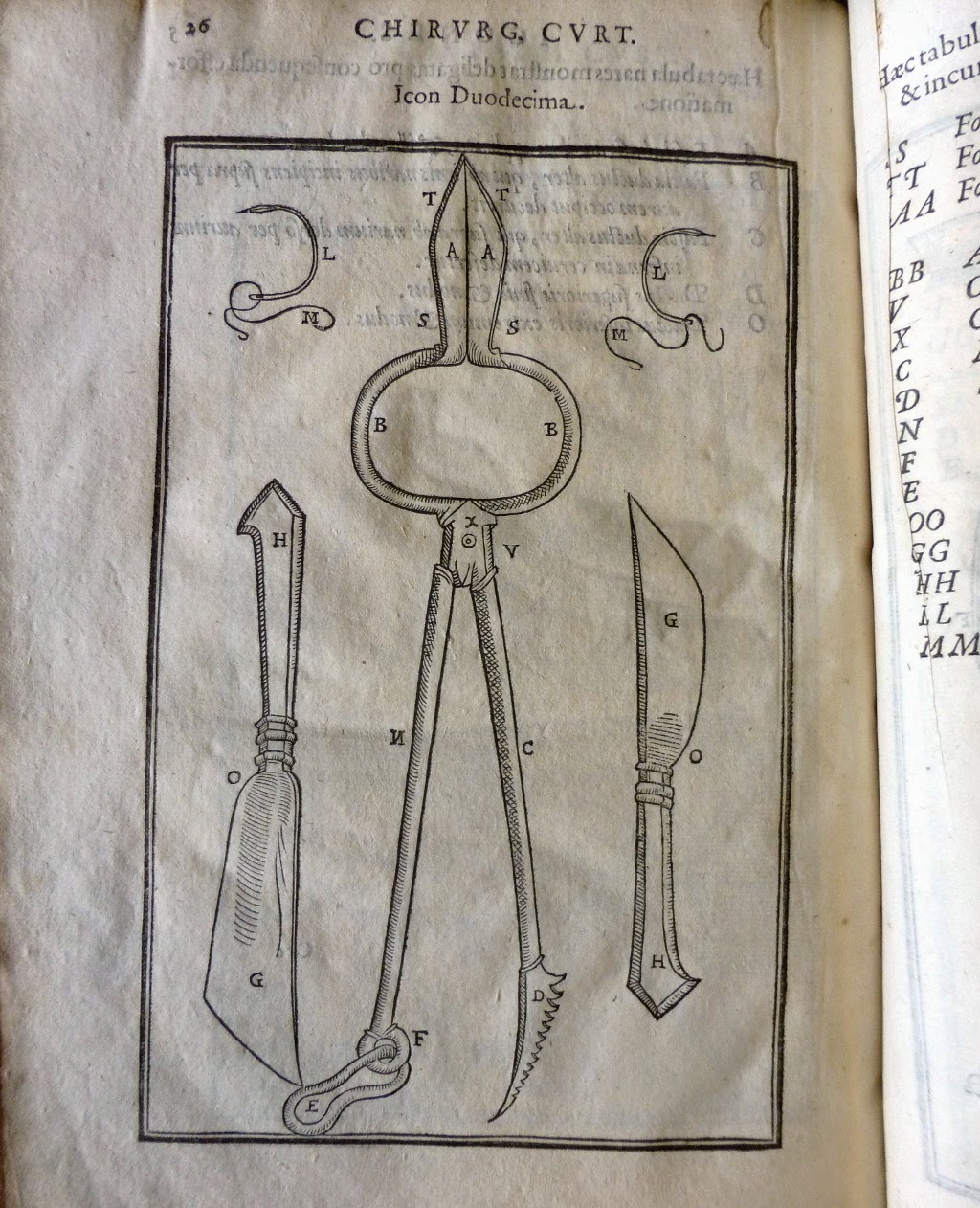 Tagliacozzi’s book is the first published work on reconstructive surgery and includes twenty-two plates providing a step-by-step guide to the surgical technique of rhinoplasty. These include detailed drawings of the instruments used, as well as drawings of the patient at various stages of the procedure. 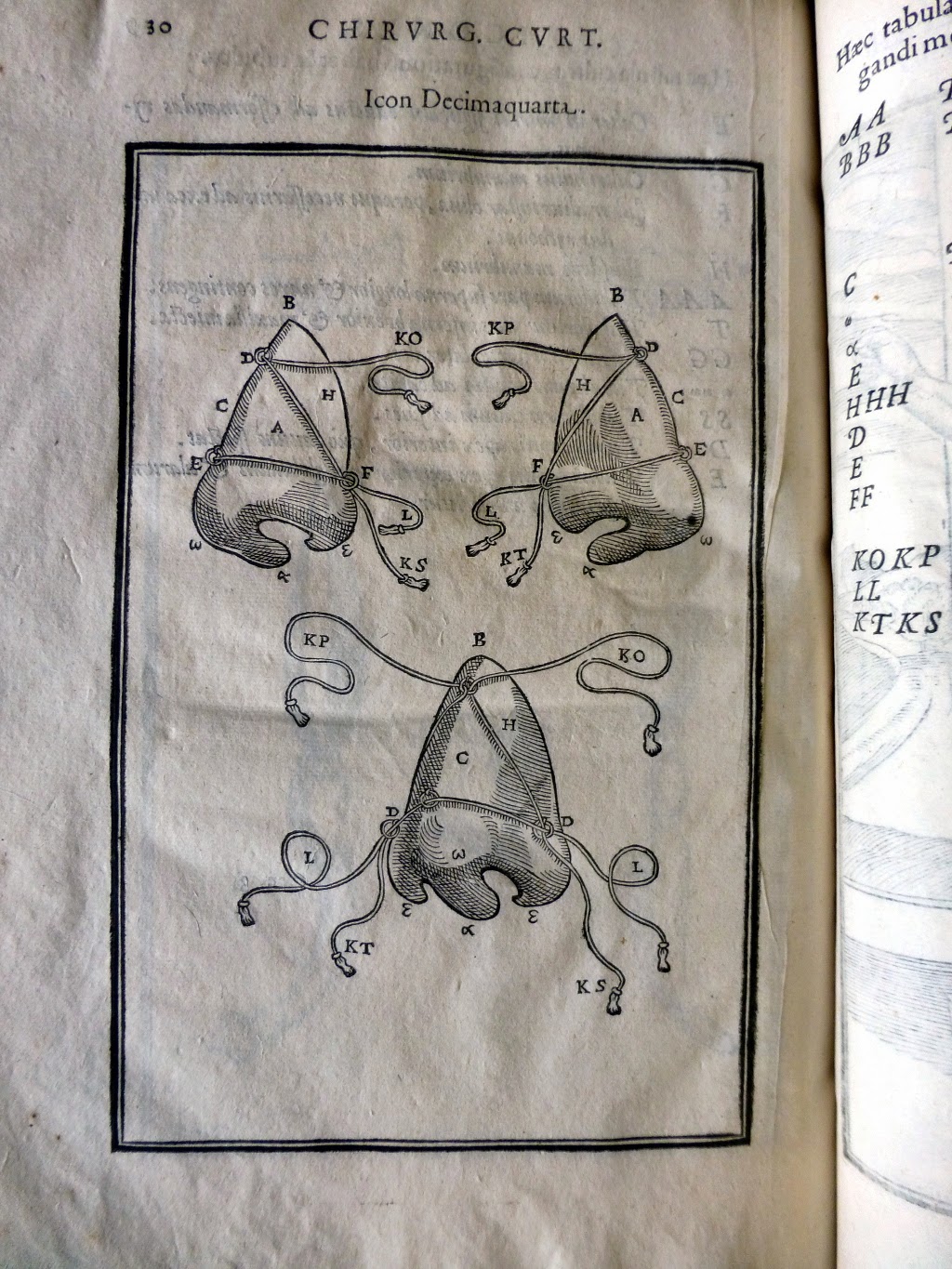 Several plates show a patient wearing a vest designed by Tagliacozzi. The patients arm has been immobilised and a piece of skin from the arm has been grafted onto the patient’s nose. The arm had to remain in this position for two or three weeks while the until the graft adhered to the nose, and the whole process could take several months to complete. 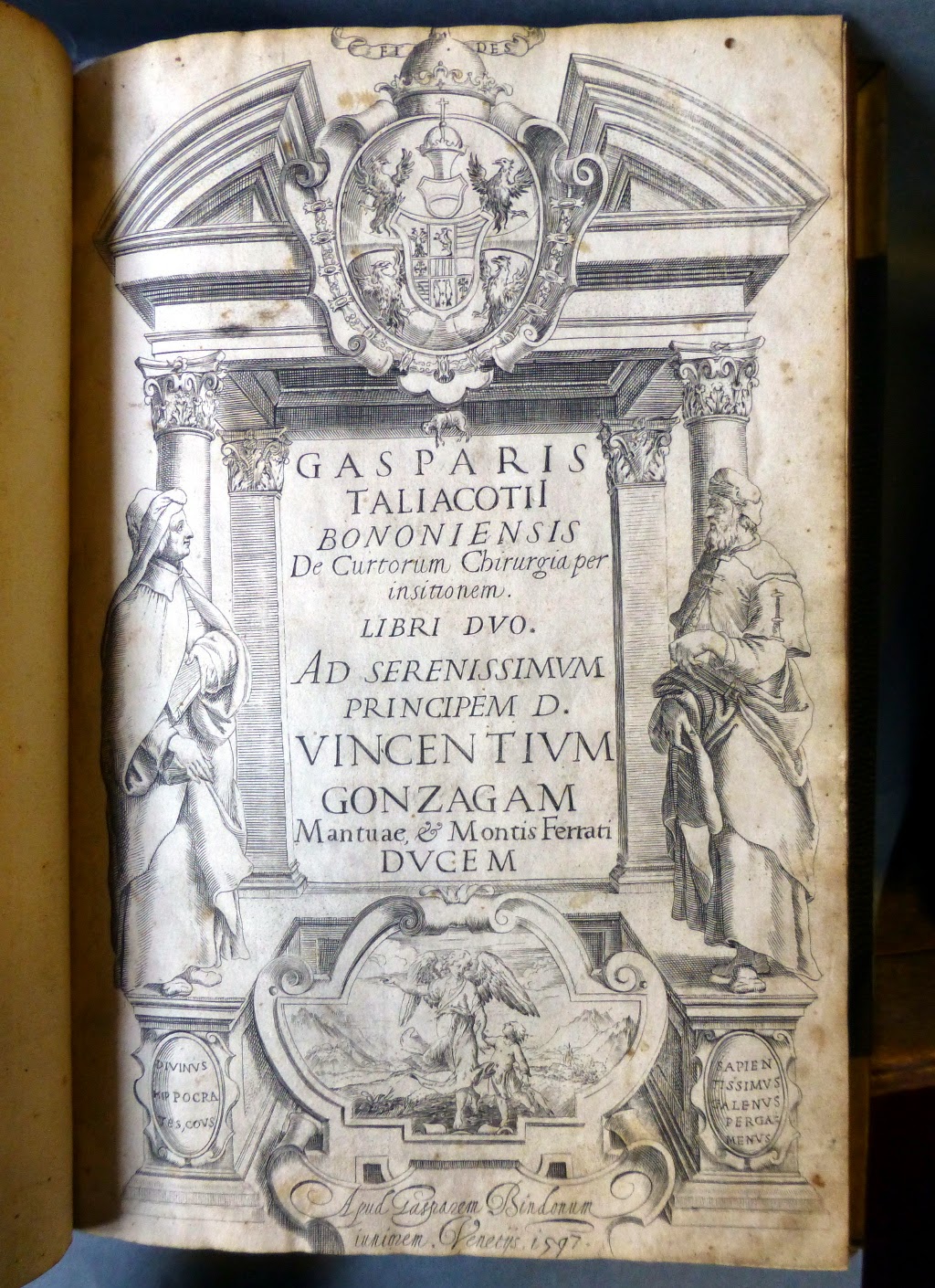 The book went through several editions at the end of the sixteenth Century and appears to have been influential at the time. However it was also controversial and not endorsed by the Church authorities who considered it to be an interference with the works of God. 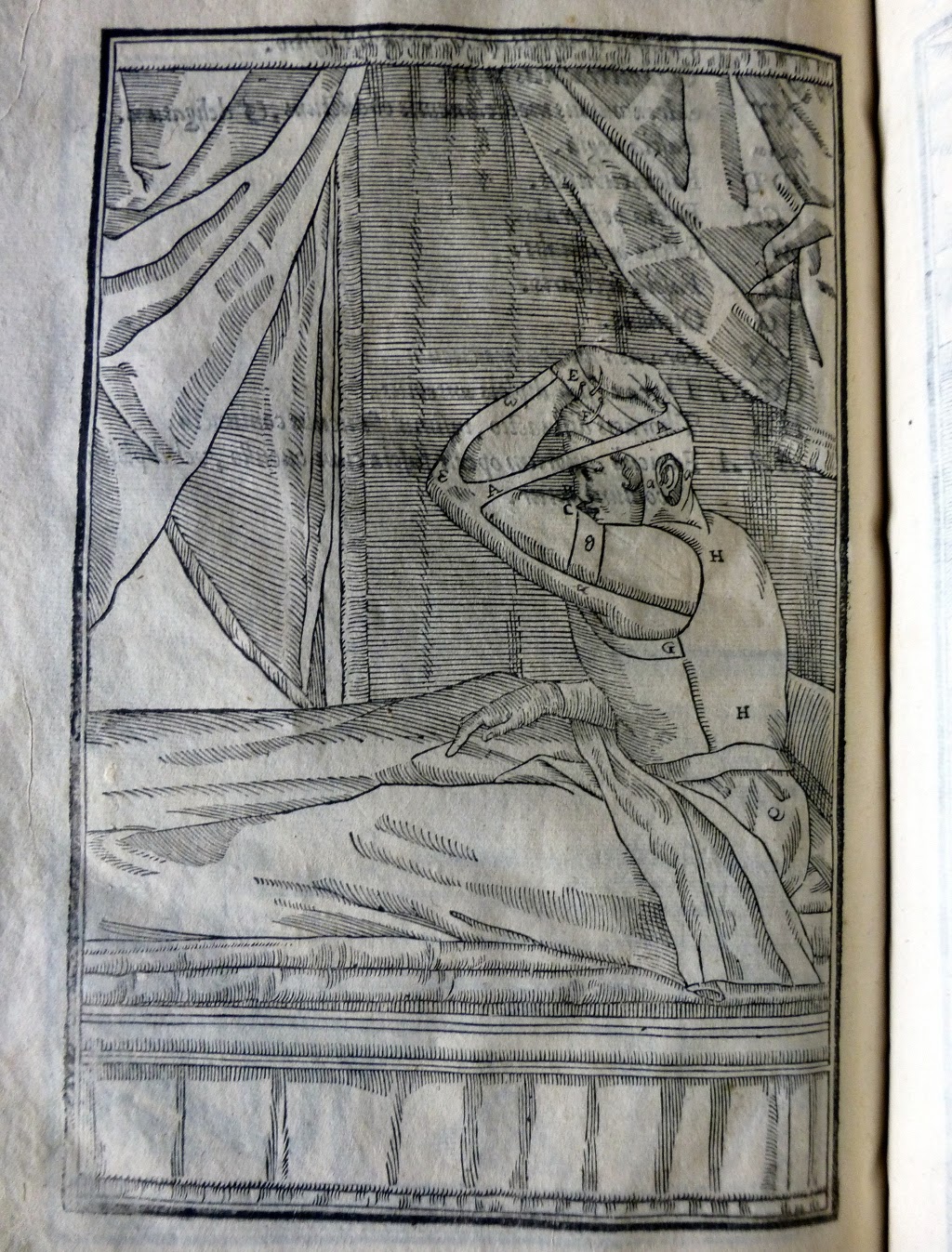 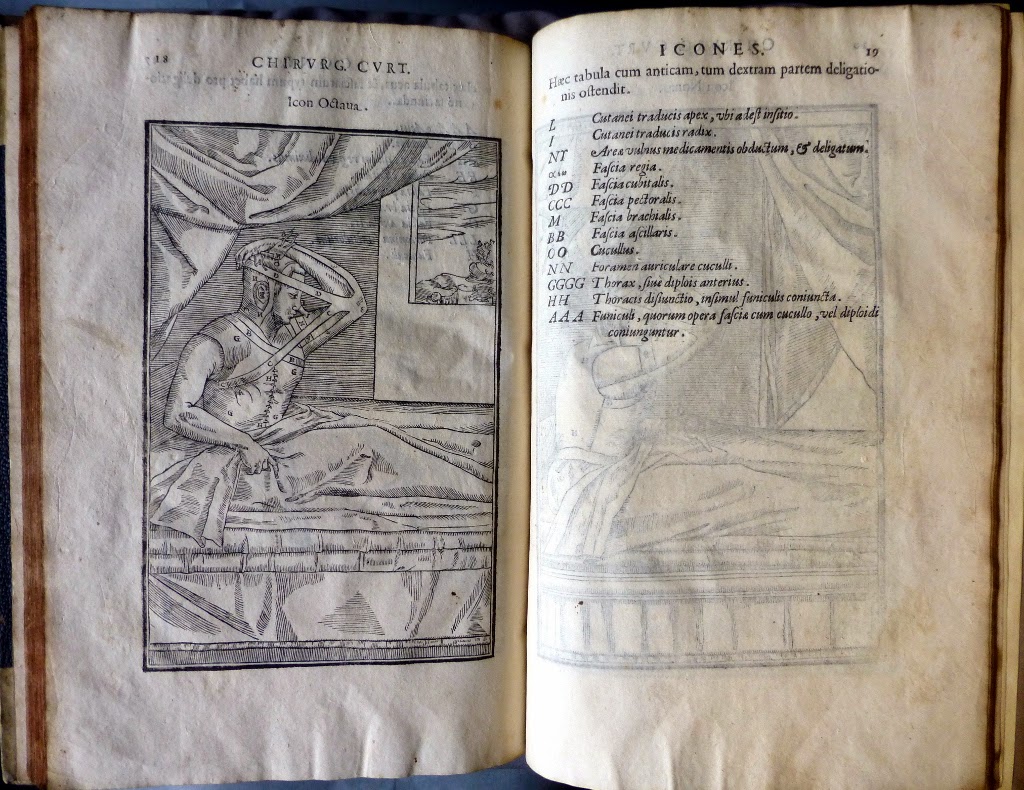