Chetham’s Library on The Culture Show 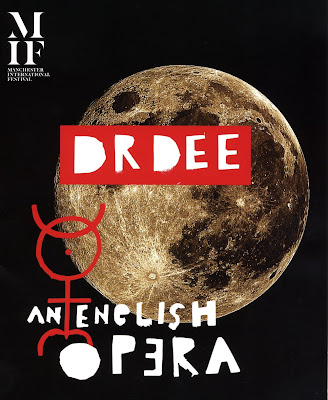 Damon Albarn’s opera Doctor Dee has now reached the end of its run as part of the Manchester International Festival and has received almost universal acclaim, not least from members of Library staff, some of whom enthusiastically attended more than once. The opera is an extraordinarily beautiful and mesmerising visual spectacle brought to life by an outstanding musical score, and you can read reviews of the production here and here. The show is due to launch the London 2012 Festival, so if you didn’t manage to see it this time round, we strongly recommend that you get down to the London Coliseum next June.

Chetham’s Library is one of the stars on tonight’s (Wednesday 13th June) Culture Show on BBC2 at 7pm, which is broadcast from the Manchester Festival and includes an interview with Damon Albarn, filmed at the Library. If you miss it, don’t forget you can watch it again on BBC iPlayer.

A short video on the BBC website can be found here, featuring Damon Albarn and Rufus Norris discussing the work of John Dee, and Chetham’s Librarian Michael Powell makes an appearance on a Guardian video about Doctor Dee which can be found here.