Manchester eclipsed? Panic rising? A dastardly scheme by Liverpool? Surely not! Only partially eclipsed, and this was the view from the Library roof around 9 o’clock: 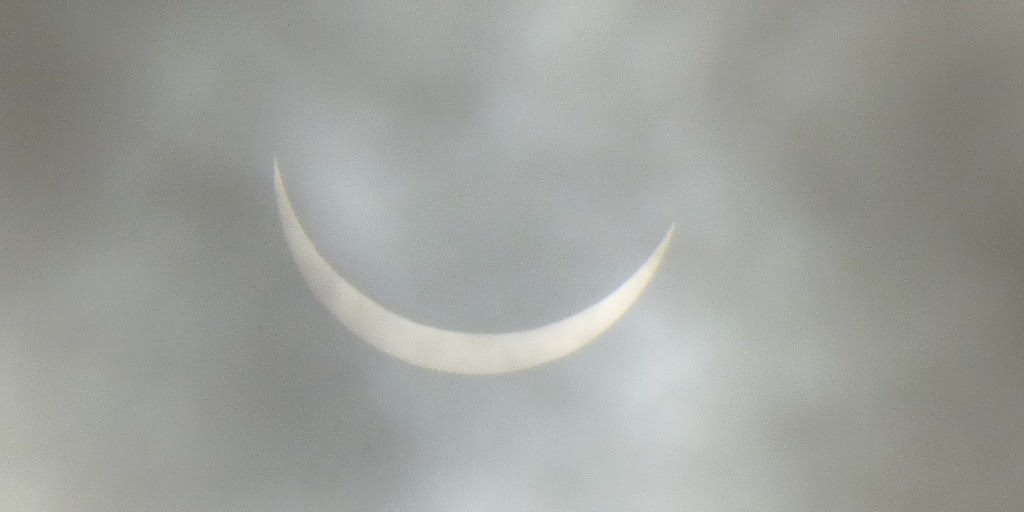 But today’s eclipse put us in mind of the total eclipse of 1715, known as Halley’s eclipse thanks to Edmond Halley’s remarkably successful predictions. His predicted timings were off by only four minutes. 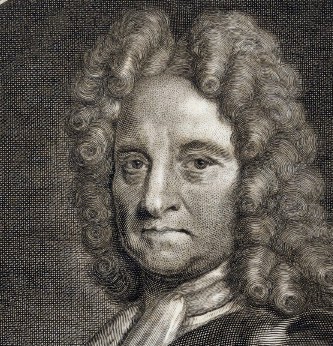 The mathematics may have eluded the masses, but as we learn (thank you, OU!) from the Penny London Post or The Morning Advertiser, issue 753, March 4, 1748, in which another panic was being run for its own times: ‘In 1715, was a great ECLIPSE of the SUN, and was presently followed by the rebellion at Preston.’ 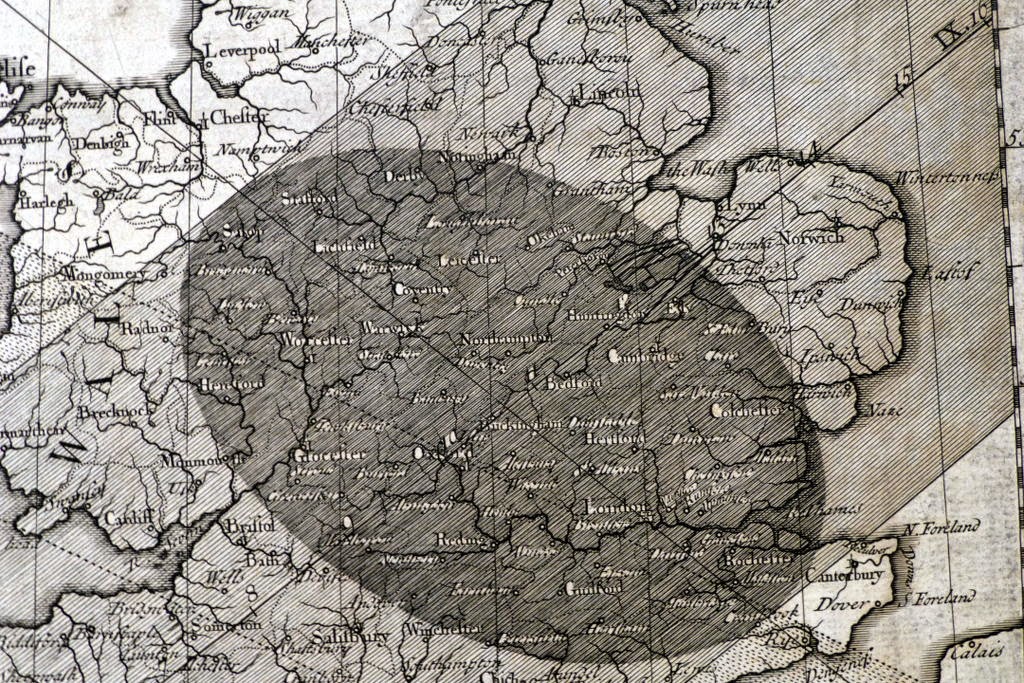