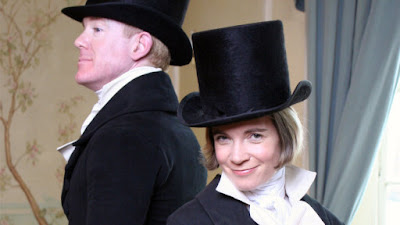 Eagle-eyed viewers may have spotted Chetham’s Library in scenes from the final episode of the BBC4 programme Elegance and Decadence: The Age of the Regency last night. In this third part, ‘The Many and the Few – A Divided Decade’, presenter Lucy Worsley looked at the ways that radical thinking and public opinion began to challenge the excesses of the Prince Regent. Peterloo expert Robert Poole was interviewed on the programme, which showed the Library interior and some of the Library’s Peterloo holdings.

If you missed the programme, it can be seen on BBC iPlayer, together with the first and second episodes, for another week or so.