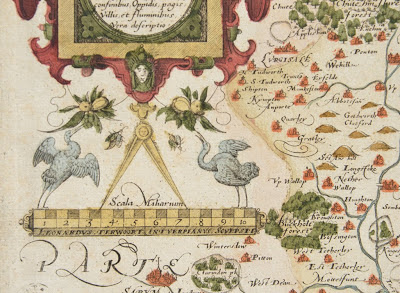 We have recently been exploring some of the delightful decorative details on Christopher Saxton’s 1579 atlas (previously featured as one of our 101 Treasures). 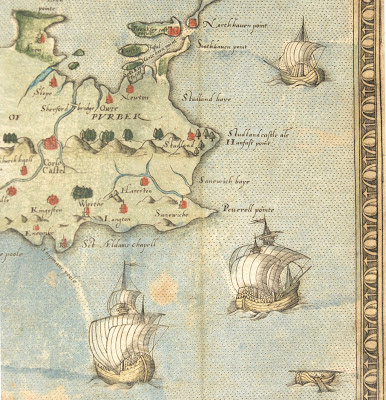 A number of different engravers, mainly Dutch or Flemish, produced the plates from Saxton’s original drawings. Although none of his working notes exist, Saxton must have provided clear guidelines for them, to ensure consistency in the design elements. However, there is still considerable variety in the decorative detail of each map and it is intriguing to speculate how much of this is may be directly attributable to Saxton, and how much to the artists and craftsmen who transferred his drawings to the copper plates. Colour was added later to reflect the taste of individual owners. 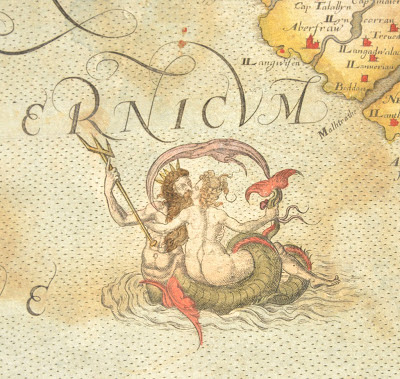 Strange fish and sea monsters crest the waves between galleons in full sail and fishing vessels trailing their nets and one map features a particularly buxom mermaid frolicking with Neptune. 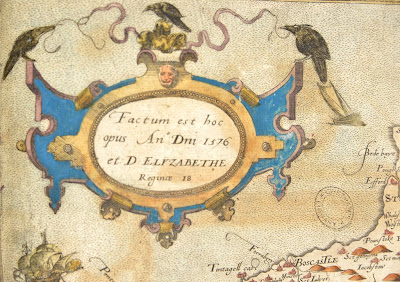 Each map includes one or more ‘cartouches’ in a style which is known as ‘strapwork’ because it resembles the ‘snipped, rolled and curled’ edges of leather saddlery and shields. Many of these are lavish combinations of Italian and Flemish motifs, caryatids and cherubs swagged and swathed with fruit and flowers, ribbons, birds and bees. The cartouche for the map of Cornwall features some rather malevolent-looking birds which are possibly Cornish choughs. 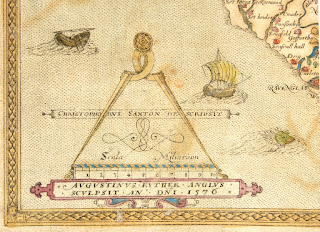 One other fascinating detail is that every map includes a pair of compasses or dividers featuring Saxton’s name, and every single one is different. 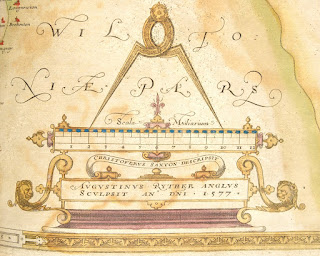 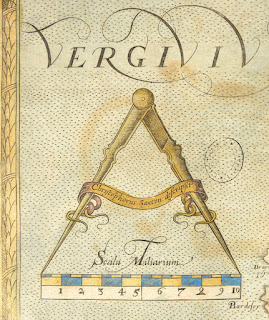