Four legs are better than one 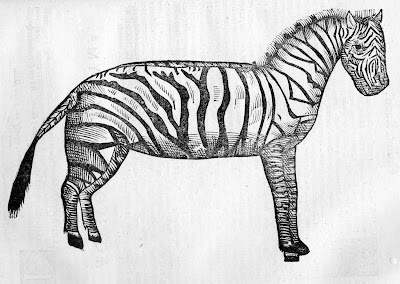 This friendly zebra gazes out from the pages of Ulyssis Aldrovandi’s De Quadrupedibus solipedibus, published in Bologna in 1649. This important zoological work illustrates and describes several important hoofed quadrupeds, including rhinos, elephants and many different horses, some with the face or limbs of a human, and those magnificent rarities the centaur and unicorn.

Ulyssis Aldrovandi (1522-1605) was a popular and successful lecturer and researcher at the University of Bologna where he became professor of philosophy and, two years later, professor of natural sciences. Chetham’s Library owns all of his twelve published works of natural history, which were bought on 21 May 1656 from the London bookseller Robert Littlebury for the grand total of £19.10s.