Happy Birthday Byrom, From All Your Friends at Chetham’s Library

Guest blog by friend of the Library, Dr Joel Swann

This week marks the birthday of John Byrom (1692-1763), a shorthandist, poet, and (perhaps) caballist who has been a perennial favourite at Chetham’s Library. Yet as much as the librarians and readers of today have a special place in their hearts for Byrom, they are unlikely to feel quite so warm as Robert Thyer (1709-1781), the librarian of Chetham’s in the middle of the eighteenth century (1732-1763). Outside of librarianship, he edited the archives of poet Samuel Butler and contributed a commentary to an edition of Milton’s Paradise Lost (1763) (1). Impressive achievements that mark him as a significant figure in the literary culture of his day. 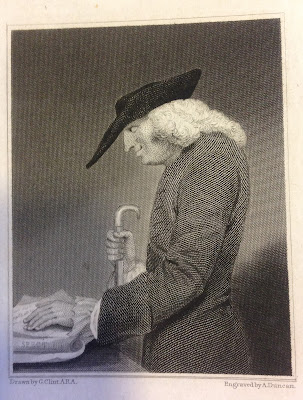 Exactly when the two men first made one another’s acquaintance is not clear, though they were known to one another as early as June 1731 (2). The Oxford Dictionary of National Biography (ODNB) describes the pair as ‘intimate’ friends (3), but Byrom’s journal suggests imbalances in the relationship. In 1738, disheartened by the distance separating the two men, Thyer suggests that it is ‘some satisfaction where one cannot have a real personal interview, to amuse oneself with an imaginary one.’ He then imagines Byrom’s day in London, rattling through his prayers, breakfast, shorthand teaching, book shop visits, before spending the evening in a tavern. There, Thyer optimistically hopes that ‘amidst all these irksome bagatelles, some moment of the day a secret wish surprises you, that you could take a run to the library to ask your friend how he does’ (4). His report is consistently self-effacing: Byrom’s devotions are ‘beyond the reach of my corrupted and earthy imaginations’, and he is deeply apologetic for the ‘nonsense and impertinence’ which he puts down in writing. 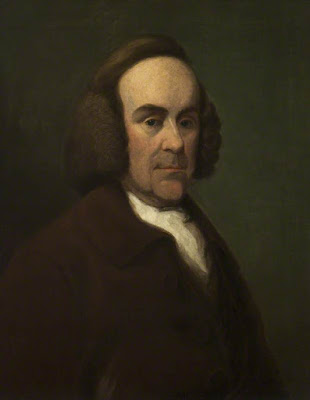 When Thyer visited London, Byrom makes records the social awkwardness of the librarian, but the benefits of a good relationship with a librarian were obvious to him. For example, he was allowed to look after Chetham’s alone, when Thyer himself had something else to do with his afternoon (such as taking a walk) (5). Byrom spent much of his time between Manchester and London: and thus was in a good position to mediate between the London rare books trade on behalf of Thyer and Chetham’s. By the mid-1730s, Thyer was happy to ask Byrom about the acquisition of books in London, and Byrom, in turn, used Thyer to help advertise his own books for sale. 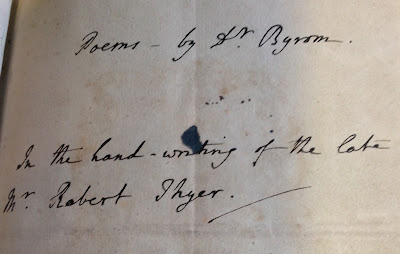 Beyond admiring letters and bibliographic favours, another sign of the friendship between the two can be found in a book of copies of Byrom’s poems made by Thyer (now housed at Chetham’s Library as MS A.3.73). The little book collects 19 secular poems in a neat and careful italic hand. Some of the poems included are among Byrom’s most popular. For example the long poem Tunbridgiale and the Account of a Horrid and Barberous Robbery, printed in the 1720s and circulated widely in manuscripts. These texts are witty, entertaining, and self-parodying: the Account culminates in the defeat of a highwayman, scared away from a coach in Epping Forest by the sight of some shorthand; Tunbridgiale cleverly records the highs and lows of a day in the life of the spa town.

Some of the poems in Thyer’s collection are extremely rare today, having not been printed in Byrom’s lifetime, nor copied much in manuscript. Their appeal is more limited. One invites two of his Warrington-based shorthand students (John Haddon and Thomas Haward) to join together with ‘my sons of Lancashire & Cheshire’ for a dinner in Altrincham. Enjoyable as the poem is, the pleasures of its subject matter are limited to an immediate coterie audience. Other poems, such as those addressed to his sister Phebe on the topic of lent, and an ‘Invitation to Breakfast’ to Peter Leicester, have some positive turns but are a little meandering. 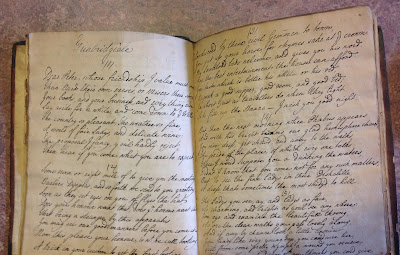 The collection of poems put together by Thyer is an interesting and neglected document, which tells us about the ways poetry was read in the eighteenth century, as well as about the kind of relationship between Thyer and Byrom. Byrom’s journals suggest that it was by turns both intimate and distant, admiring yet unequal. Thyer, in all his modesty, is impressed by Byrom as an unknown admirer might be, yet has the bibliographic caché to make himself useful to the more famous figure. The manuscript copies of Byrom’s poetry he made reflect this. Although privileging famous poems that anyone could have accessed, one way or another, Thyer also records some of Byrom’s more intimate (and less adept) writing, in a way that no-one else did (at least, so far as we can tell). Chetham’s Library A.3.73 may now just be another book on the shelves, but that book was an important part of real social relations.