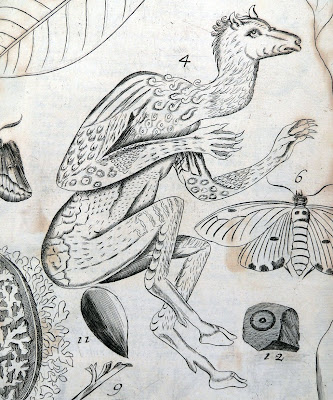 This splendid fellow goes by the name of Monstrum Philip, and is to be found surrounded by some of his favourite things in James Petiver’s Catalogus classicus & topicus of 1711: 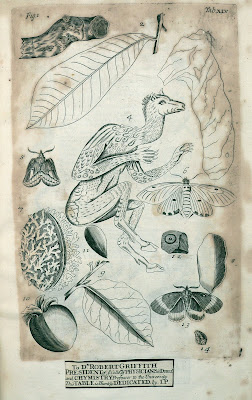 James Petiver (1663/4-1718) was an apothecary, botanist and entomologist and Fellow of the Royal Society who owned an extensive herbarium estimated to contain between 5000 and 6000 specimens. He published many works detailing his collection as well as a popular periodical, the Monthly Miscellany.

Petiver was frequently sent objects and specimens from his many friends and colleagues who travelled the world although he himself does not appear to have ventured further than the Midlands to visit his married sister. In 1709 he was appointed demonstrator to the Society of Apothecaries, but was alleged to have exploited his position by removing specimens from their Chelsea Physic Garden ‘to enrich his personal herbarium’ (DNB).

On his death in 1718 his collection was purchased by Sir Hans Sloane, physician and collector, who also acted as pallbearer at his funeral. 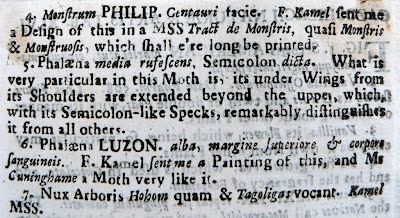