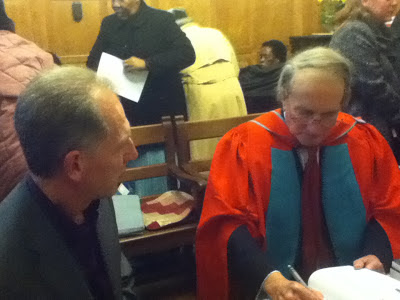 Library staff travelled down to Oxford last night for the launch of Terence Ranger’s book Writing Revolt: An Engagement with African Nationalism 1957-67. The book is dedicated to the memory of John Reed, whose diaries the Library has recently acquired. Ranger’s book makes extensive reference to Reed’s diaries – which are an important record of the African Liberation movement in Zimbabwe in the 1950s and 60s – and in his Preface he states: ‘it will be obvious to any readers of this book how much I owe to John Reed … John’s generosity in making his daily diary available to me has been an enormous source of strength for this book’.

The Librarian reports that the evening’s highlight was a wonderfully rousing rendition of African Liberation songs by a Zimbabwean choir: 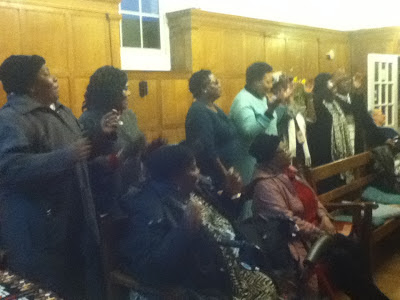