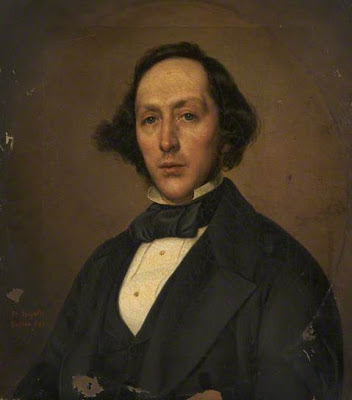 One of the few Chetham’s old boys we know much about is James Taylor Staton (1817-75),  a pupil at Chetham’s Hospital from 1826 until 1831, where he acted in the capacity of servant to the House Governor or Head Teacher.

On leaving school he was apprenticed to Robert Holden, printer of Bolton, but then set up his own business as a printer, publisher and editor. He went into partnership with the Tillotson family and it was from his office that the Bolton Evening News, one of the most important of regional newspapers, originated.

Staton was a popular journalist and humourist. His main achievement, The Bowton Loominary, tumfowt telegraph, un Lankishire lookin-glass, was brought out between 1853 to 1864 (it became the Lankishire Loominary in 1862). Staton used the dialect journal as a campaigning weapon, dealing with industrial subjects and satirising the Bolton politicians and factory owners. In addition he wrote a long dialect account of the Luddite attack on the Westhoughton factory in 1812 called ‘Luddites un Blackfaces’ which he serialised in the paper. 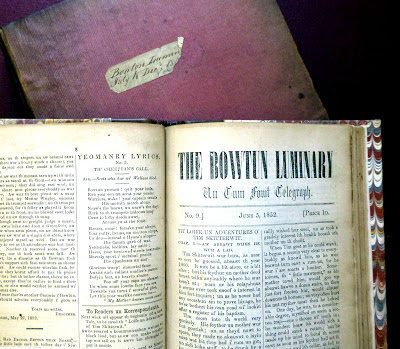 Like other dialect writers Staton used a stock character he called ‘Bobby Shuttle’ of ‘Turn Fowt’ (Tonge Fold, Bolton). ‘Bobby’ had predictable adventures, including a trip to the Great Exhibition and a visit to the Grand Review in Yetton Park. For these he was accompanied and kept in check by his wife Sayroh.

Staton’s Loominary was one of the more unusual casualties of the US Civil War. The Union blockade of the confederate ports, which resulted in the Lancashire cotton famine, meant that people could simply not afford to buy a dialect newspaper of purely local interest. Following its closure Staton was taken on by Tillotsons as a sub-editor of the Bolton Evening News and editor of the Farnworth Journal, before he took up a post with the publisher John Heywood in Manchester. At Heywoods he brought out a series of comic recitations, many of which were collected in Rays fro th’ loominary, a selection of comic Lancashire tales adapted for public reading or reciting.