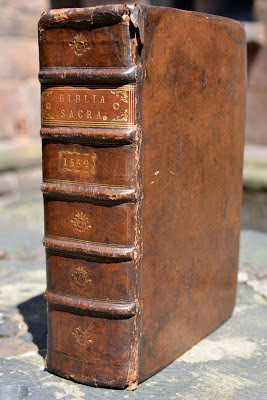 Congratulations to Bishop David Walker, whose appointment as the next Bishop of Manchester was announced on Wednesday. When the Bishop is eventually installed (the Cathedral will be a building site until later this year), he will swear the oath of Allegiance and Supremacy holding a Bible that is held in Chetham’s Library. 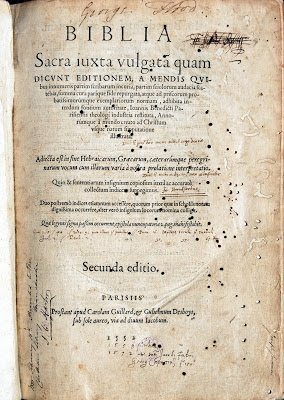 The Bible is a quarto Vulgate, printed in Paris in 1552. As Bibles go this is not particularly interesting or important, although has some rather attractive illustrations, not least some ninety-two woodcuts by Hans Holbein in the Old Testament. What makes this particular Bible significant is that our copy was owned by John Bradford (1510?-1555), the Protestant martyr of Manchester. Bradford, born in Blackley, was educated at the Inns of Court and then at Cambridge. In 1550 he was ordained priest and returned to the North West preaching in churches in Lancashire and Cheshire. On the accession of Mary he was arrested and imprisoned in the Tower and was burnt at the stake alongside an apprentice called John Leaf at Smithfield in July 1555. 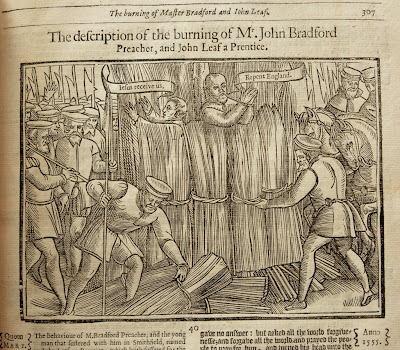 It might strike us as odd to find a Protestant reformer owning a Latin Bible, but the book is inscribed on the title page in Bradford’s neat and tiny hand and there are marginal notes by him throughout. The book was presented to Chetham’s in 1855 and has been used ever since as the Bible for all installations of the Bishops of Manchester.