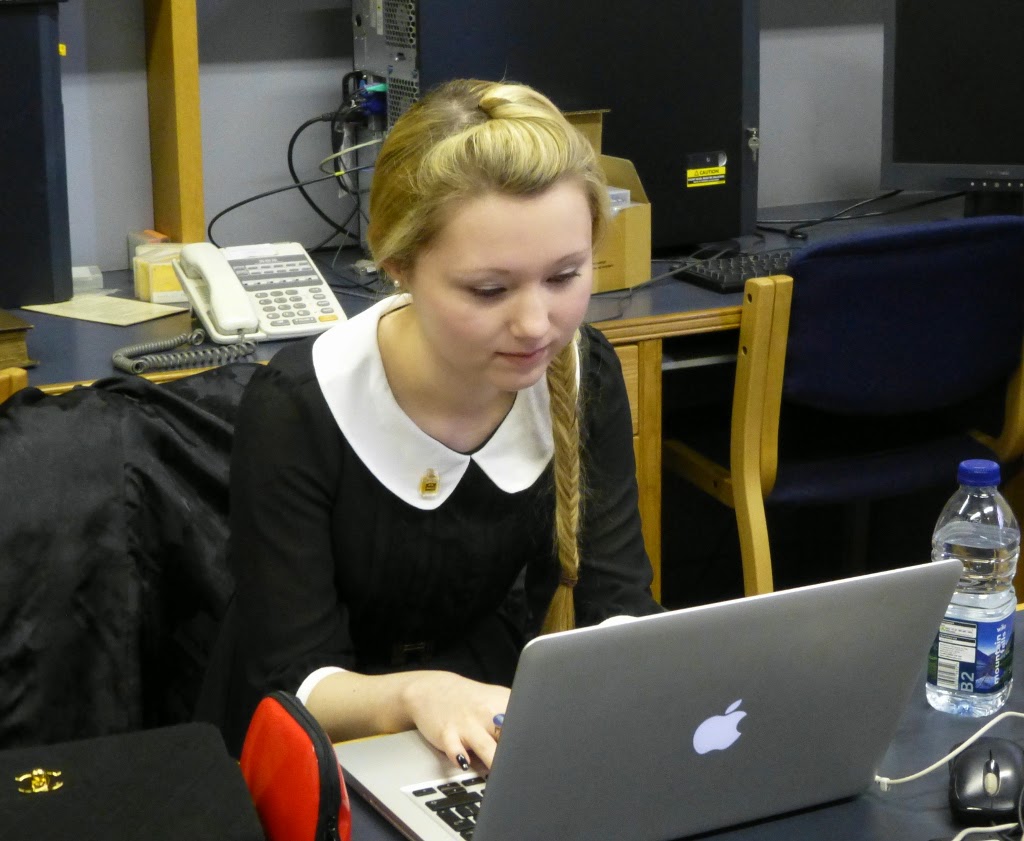 We are lucky to have a number of wonderful volunteers at the Library who come in week-in, week-out to do sterling work researching, cataloguing and assisting with the care of our numerous and diverse collections. We thought it would be nice to give them some space here on the blog to tell you what they do and what working at Chetham’s means to them.

Our first blog post is written by Laura Bryer, a history and museum studies student who has been working on the Leech archive and the Belle Vue collection. Over to you, Laura:

“I first became acquainted with Chetham’s Library during my undergraduate history degree at Manchester Metropolitan University, as my dissertation was based on the Leech family collection held at the Library. I became involved with transcribing the diary of Rachel Leech, wife of Thomas Leech, which was written shortly before her death in 1855. This fascinating journal offers a snapshot of daily middle class life in Manchester during the mid-19th century as well as referencing international affairs such as the Crimean War. In addition to my work on the diary, I was able to exploit Chetham’s vast resources in order to make an in-depth case study of how typical the Leech family as a Victorian middle-class family. I also explored the wider history of the diary and its uses to the historian. For this project I received a first class grade, and my work is now a part of the Leech Diary Collection.

After such a positive involvement with the Library, I decided to begin working as a volunteer, and started in the of Summer 2013. I will be continuing to volunteer until I start my masters degree in museum studies this Autumn. The work I have done has involved hands-on archive work, helping to care for the books on display, and welcoming visitors. The majority of my archival work has been on the Leech family material, in particular cataloging various letters of the family rescued by Ernest Leech which date from as early as 1805 up to as late as 1991.

In the coming weeks I will be embarking on a new project based on the Manchester amusement park Belle Vue. This will involve helping the Library with their extensive material relating to Belle Vue, and volunteering at the Belle Vue Exhibition for the Manchester Histories Festival.

I hope to continue volunteering for Chetham’s for as long as possible. I have gained so much from my time here, have met the loveliest people imaginable, gained invaluable work experience, and received amazing career advice. This place really is one of Manchester’s gems.”