M is for Manchester 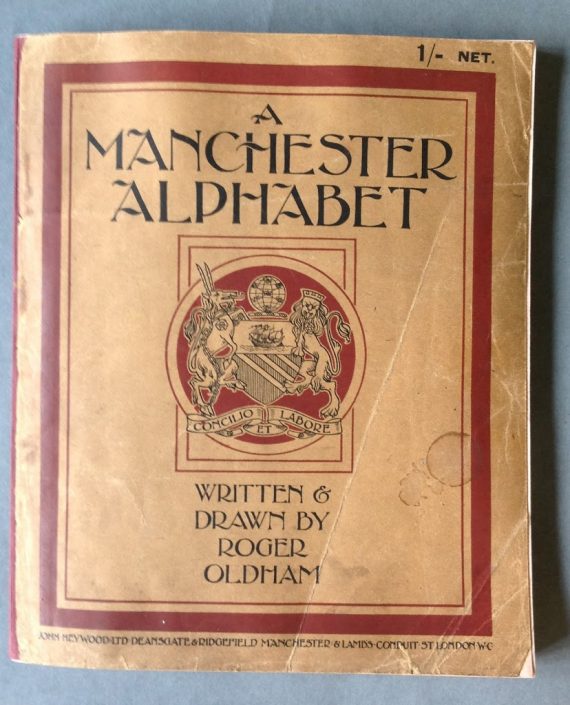 One of the nice things about working in a library is the opportunity to fill gaps in the collection, acquiring the book that we thought we should have but which was somehow overlooked at the time of publication. Sometimes these come by gift – and here we can flag up that we don’t have a Gutenberg Bible or a First Folio Shakespeare in case anyone is looking to downsize their library – and sometimes we pick things up at auctions or from bookshops. These don’t always have to be particularly rare or expensive: more often than not we’ve missed a cheap piece of printing that later turns out to be significant and collectable. Roger Oldham’s Manchester Alphabet fall into this category. Oldham (1871-1916), a Manchester-based architect published his alphabet by the firm of John Heywood in 1906. It has a lot in common with a children’s ABC: 26 comical illustrations of scenes from daily life around the city of Manchester, many of them featuring local landmarks, accompanied by simple rhymes. C stands for Chorlton and not for Chetham’s, and L for Lord Mayor rather than for libraries. G, of course stands for the Guardian, and the problem letters of X and Z are used respectively for Exodus (the flood of people leaving town once the factories and offices closed at Saturday lunchtime) and Zoo, the Belle Vue Zoological Gardens. More details about the book can be found here.