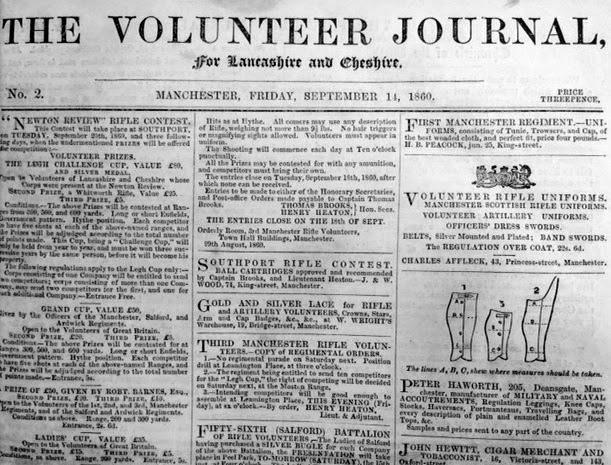 The article ‘A German Account of the Newton Review’ appeared in the Volunteer Journal for Lancashire and Cheshire on 14 September 1860. This article would not merit much attention today were it not for the fact that it was written by Friedrich Engels and was the first of a total of twenty-nine articles that Engels would contribute to the Volunteer Journal between September 1860 and March 1862.

The Volunteer Journal was established in Manchester and edited by Captain Isaac Hall and published by W.H. Smith and Sons, who sold it on their railway bookstalls. This first article by Engels, which appeared in only the second issue of the journal, was written as a review of the Volunteers held at Newton-le-Willows racecourse on 11 August 1860. It originally appeared in the Allegemeine Militärzeitung on 8 September and was then translated and reprinted in the Volunteer Journal.

According to Karl Marx, the article was sensational and made a stir in the London newspapers and was even reviewed in the Observer. But as Engels pointed out, this was not without some effort on the author’s part. Engels had sent copies of the Journal to all the London newspapers with his own article marked in red pencil. It was strangely unavoidable. 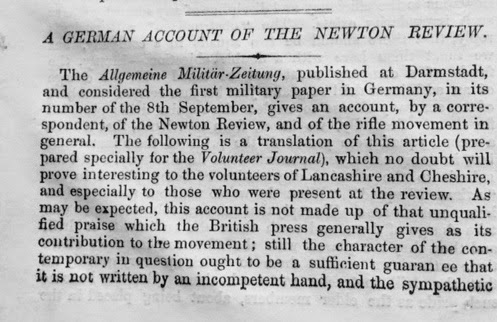