Men and the Fields by Adrian Bell, with drawings and lithographs by John Nash 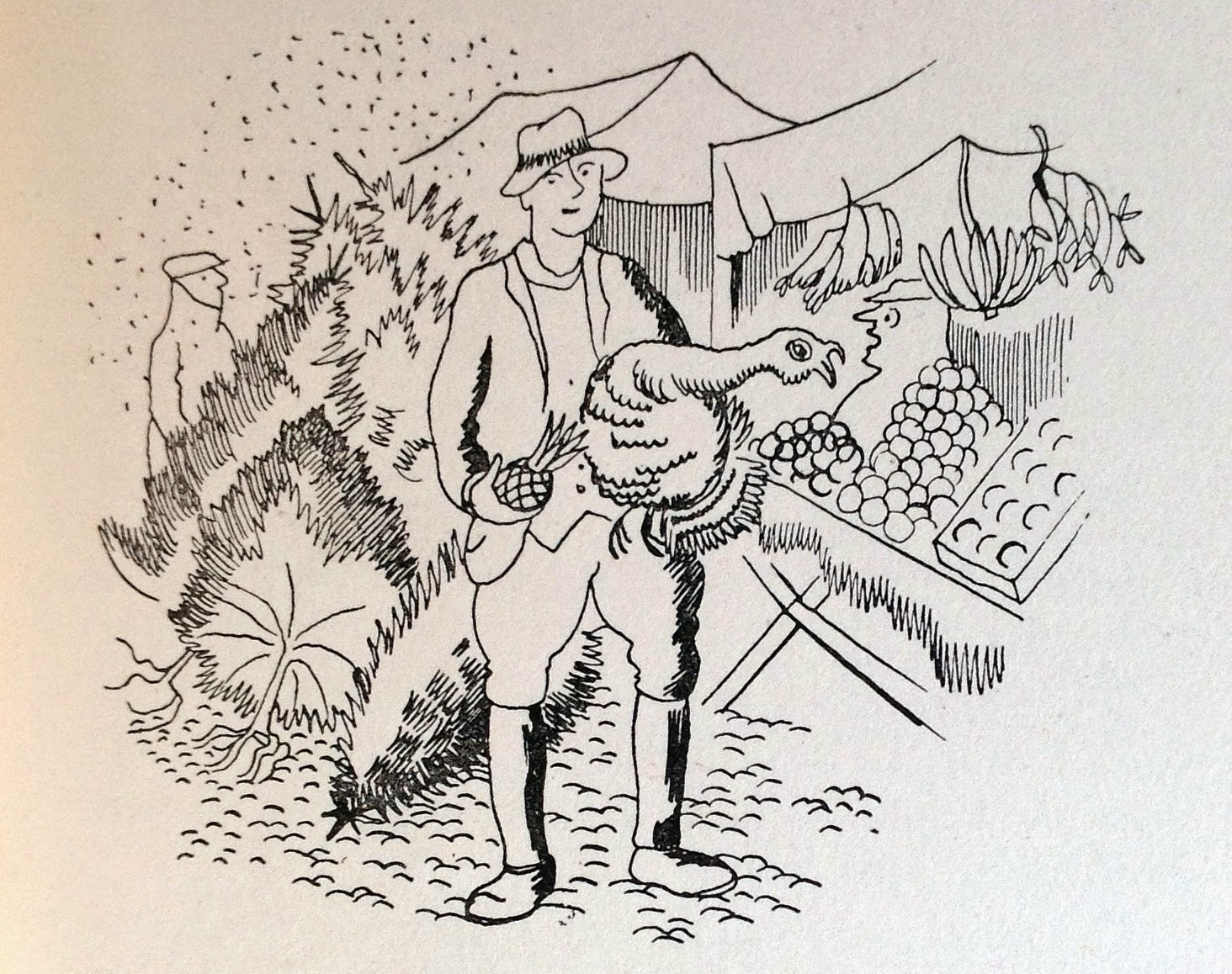 In addition to the exceptional collections of early printed books in the Library we also have a huge variety of more modest volumes with their own quirky charm and which often provide interesting glimpses into social and publishing history.

Men and the Fields was published in the summer of 1939, just before the outbreak of World War Two. The gentle, nostalgic scenes of country life described by the author Adrian Bell and the delightful colour lithographs and black and white drawings by the artist John Nash evoke an idyllic rural world which was soon to be lost. Nash illustrated three other books for Batsford and unusually all four titles were printed by the Curwen Press, who were renowned for the quality of their lithographic printing. 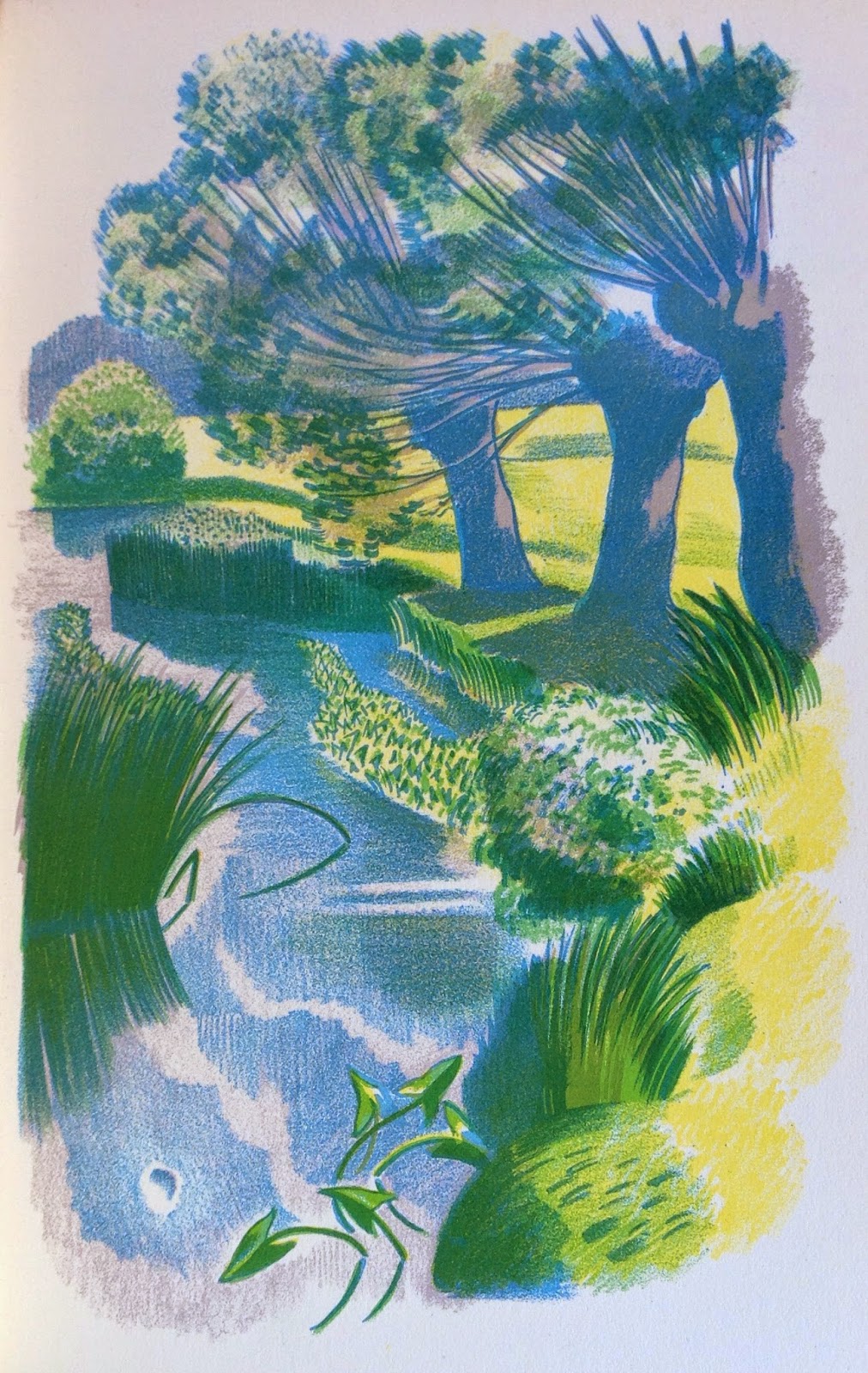 The book was actually the result of a radical new publishing strategy adopted by Batsford, a traditional family firm founded in 1897, who were renowned for their high quality books on architecture and building. As Charles Fry, one of the directors, wrote in 1943 ‘the financial depression of the thirties brought a crisis which we had to weather, and the only way to do it was to change our fashion to suit the times. A wider public had to be reached with books of a cheaper price’

Fry goes on to describe how the three directors: himself, Harry Batsford and Brian Cook, took the decision that they ‘would begin an entirely new kind of book…Britain, its churches, its houses and its landscape. But we planned to put more than a hundred illustrations in each book, to present them with Brian’s attractive wrappers, and in editions so big that we could afford to sell the books for as little as seven shillings and sixpence each….’ 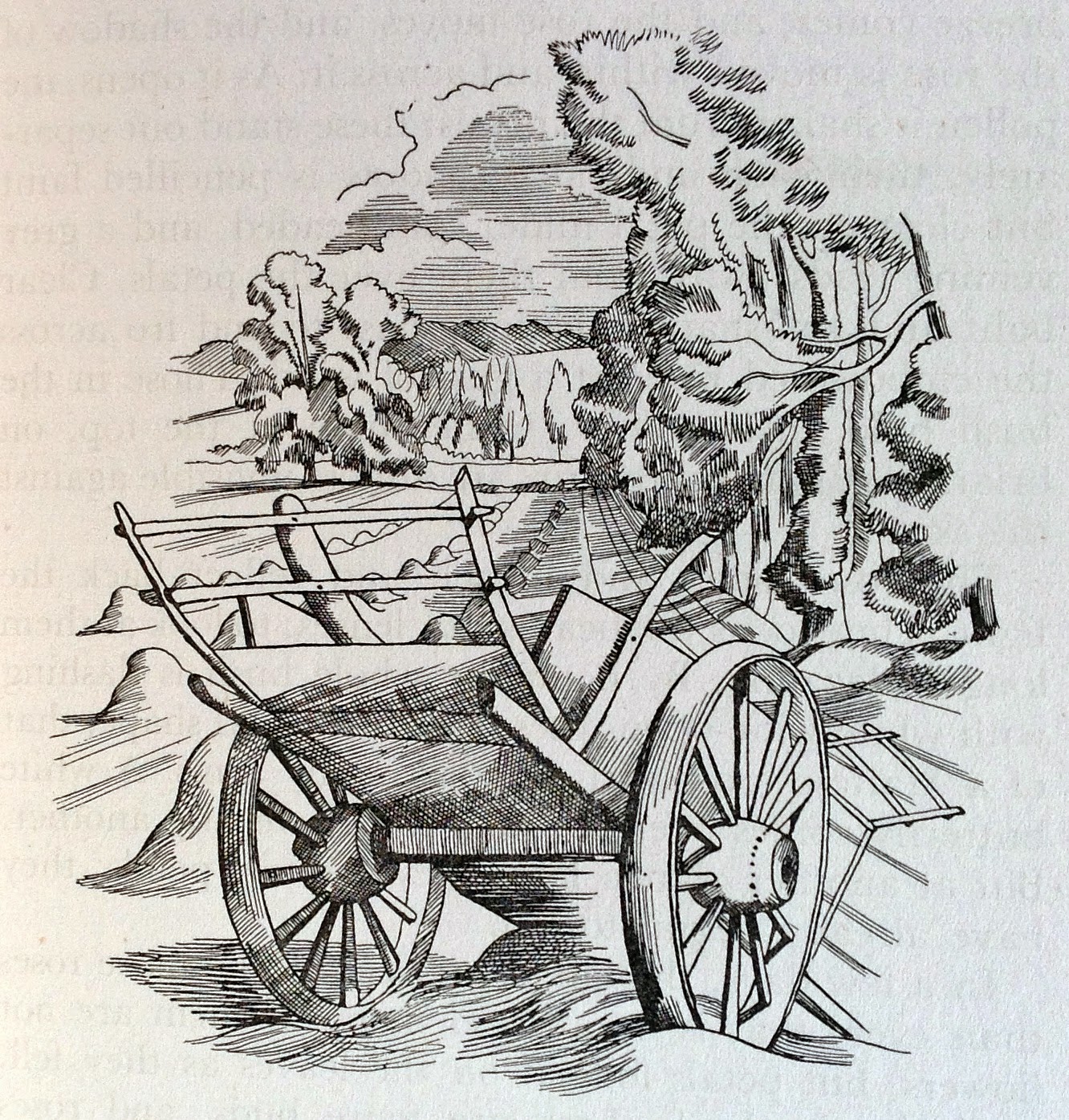 They began with the ‘British Heritage’ series and went on to establish the ‘Face of Britain’, the ‘Pilgrims Library’, and ‘British Nature Library’. The books were a huge success, although Fry commented that ‘elderly architects and some old customers said quite frankly that Batsford were going to the dogs and… prostituting architecture and history by making it available to the general public’.

Batsford, Fry and Cook actually travelled up and down the country in Fry’s old Austin gathering material, drawings and photographs for some of the books. The Cathedrals of England, published in 1934, includes an amusing acknowledgement in the preface: ‘we owe much to the patience and courtesy of the cathedral vergers who have led us conscientiously over roofs and up towers, along the dark ridge-passages of vaults and the giddy footwalks of triforiums and clerestories’.

Between the wars a strong conservationist lobby had developed which campaigned on country issues. The Council for Preservation of Rural England, Ramblers Association, Footpaths Preservation Society, and National Trust all sounded warnings that rural life was fast disappearing under a tide of modernity. Batsford’s initiative in publishing their various heritage series tapped into the zeitgeist, and by the mid nineteen-thirties, the developing political situation and threat of war heightened the mood of nostalgia for pastures green and chocolate box cottages. 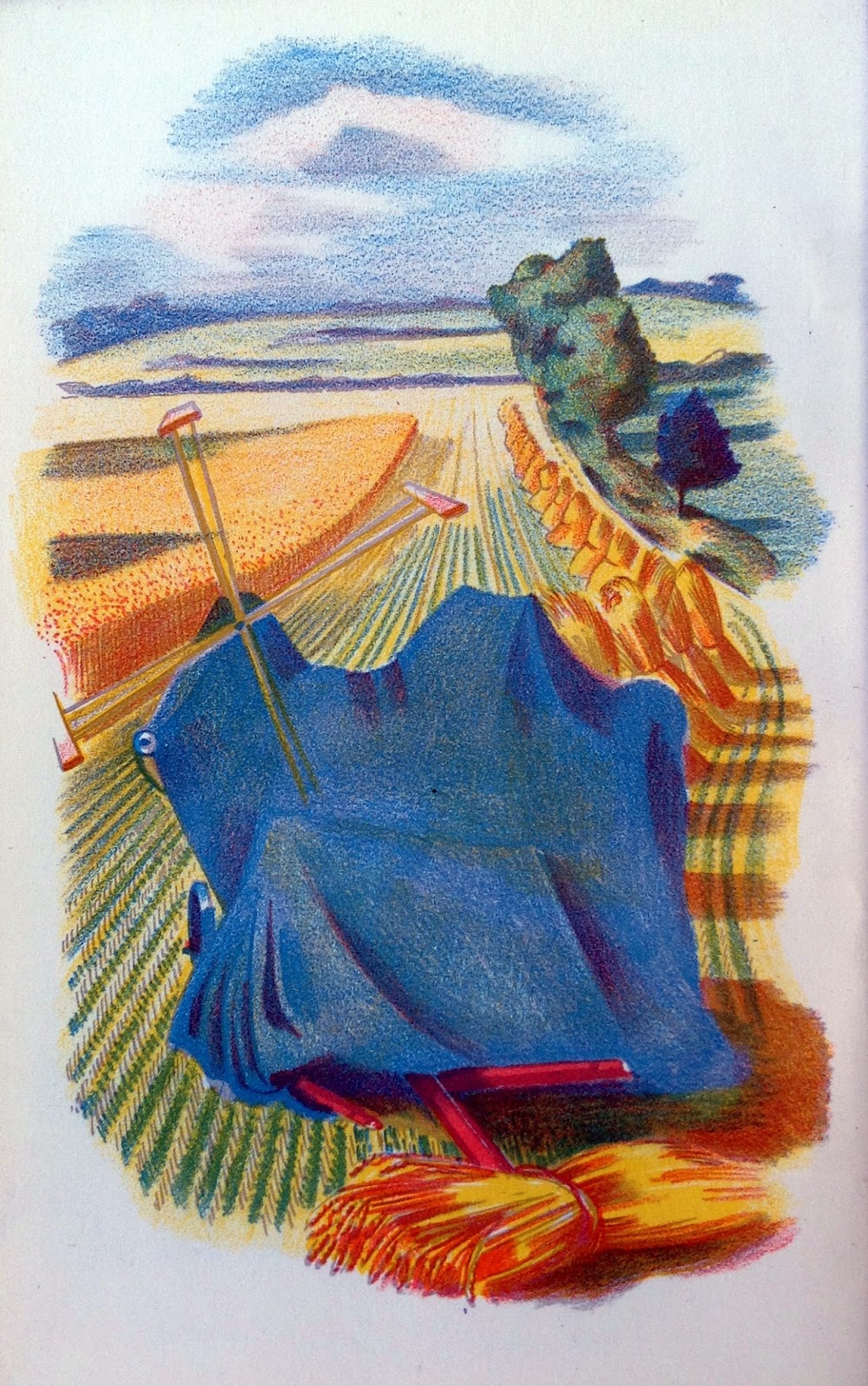 The 1937 Batsford book North Country by Edward Vale, however, includes some images which paint a much darker picture of changes which had already happened and hints of worse to come. The black and white photographs with titles such as ‘The street of unemployed,Tyneside’ and ‘Derelict industry Co. Durham’, are a sombre contrast to the other scenes of lakes, farms and fells. In his foreword, Vale speaks of the state of flux in the region amongst industry, agriculture and workers and goes on to remark that ‘at the same time the outside world is in a greater state of flux than has been known for a long while in history and, whatever turn things take the results are bound to have what politicians call “important repercussions”’… 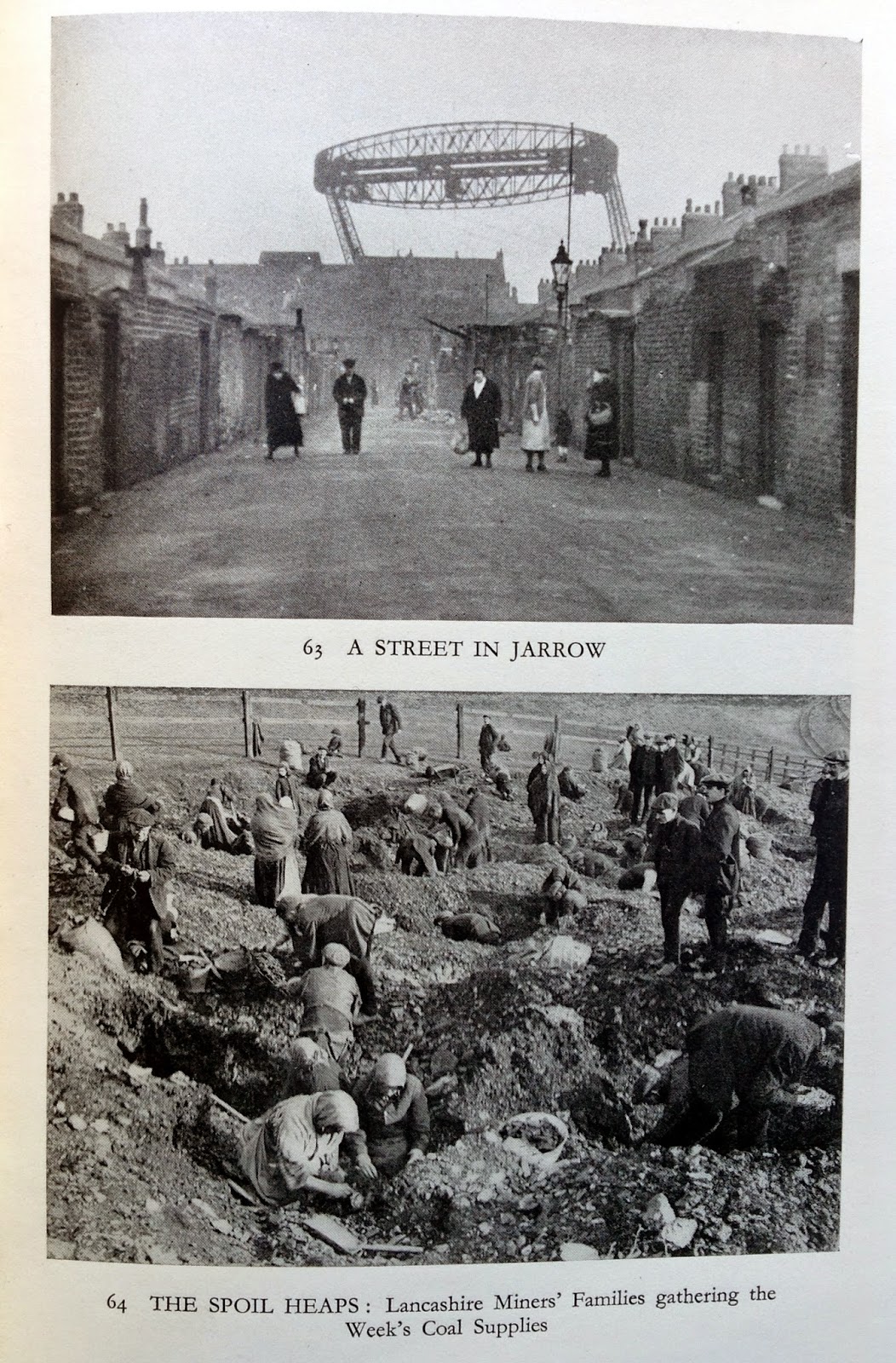 We are very grateful to Patti Collins for researching and writing this blogpost, as well as many others on this page. Patti has volunteered at the Library for many months and has unearthed numerous treasures from the collection as well as undertaking sterling work with exhibitions and general library housekeeping work. We couldn’t manage without her!

If you would like to volunteer at Chetham’s Library we would be delighted to hear from you. We are particularly interested in people for front-of-house roles, so if this sounds like you, do get in touch with us at admin@chethams.org.uk or ring us for a chat on 0161 834 7961.