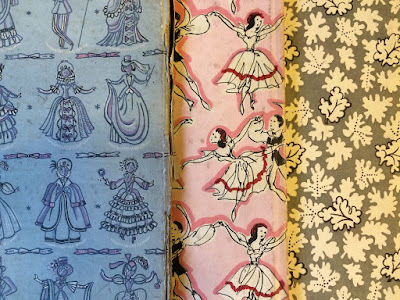 No, we’re not talking about the iconic, chocolate biscuit ad from the eighties… the Library has just been given a box of the (almost) equally delicious King Penguin books!

Regular visitors to secondhand bookshops will be familiar with the ubiquitous King Penguins: small, decorative and eminently affordable, they have been popular with cash-strapped collectors since the first volume (K1 British birds on lake, river and stream) was published in 1939. The series eventually ran to 76 volumes and the final book was published in 1959.

Allen Lane, founder of Penguin books, wrote that ‘the original idea for King Penguins came from the small Insel-Verlag books which were published in Germany before the war. Why, we felt, should there not be a similar series of books in this country? The experiment, started a few weeks after war broke out, turned out to be successful. One of the most distinctive features of this series is their decorative covers.’

The books were Penguin’s first foray into hardcovers and full colour printing. They focused on art, architecture, antiques and nature, were heavily illustrated, initially reproducing plates from out of copyright works, but still relatively cheap at one shilling per book.

Lane was a savvy businessman and described the King Penguin series as being designed ‘to appeal to the general liking for illustrated keepsakes on special projects’ – in fact he was pretty much aiming from the start to market the series at collectors, with each book allocated a unique number.

Verlag had used patterned covers on reprints of classics, for example medieval woodcuts, and initially Penguin adopted a similar practice – the covers were original commissions but the actual images were reproductions of the work of well known artists/images, for example the very first book used John Gould’s bird prints, the second was Redoute roses, and other early books featured images of Christ, and historical caricature.

After the first half dozen books were published, Nikolaus Pevsner became the series editor in 1941 and persuaded a number of well-known writers, artists and designers to contribute to the series including Edward Bawden, John Piper, Ronald Searle and Enid Marx. 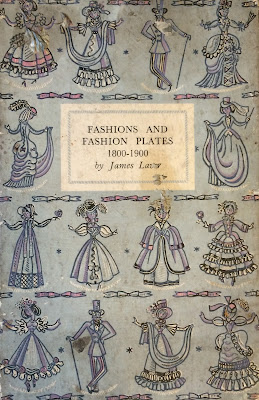 At this stage the covers became much more inventive, for example the design by Marian Mahler, a textile designer, for Fashion and fashion plates by James Laver, features charming little costume drawings in grey, pink and white, arranged as a repeating pattern.

Also in this style is English ballet by Janet Leeper published in 1944. The pink cover by Kay Ambrose is decorated with leaping dancers but the book became very popular due to the humorous inclusion on the spine of a tiny penguin wearing a tutu. 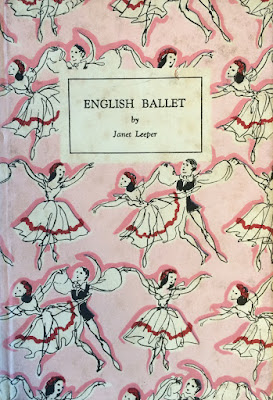 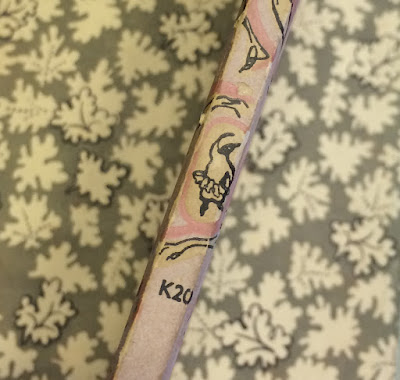 Some of the outstanding volumes, both artistically and in terms of desirability for collectors, are those which feature original artwork and illustrations by contemporary artists and designers. John Piper actually went to stay in Romney Marsh and then wrote ‘a description of his visit in watercolours, drawings and words’ for King Penguin in 1950 and Kenneth Rowntree provided evocative, atmospheric watercolours for A prospect of Wales by Gwyn Jones. 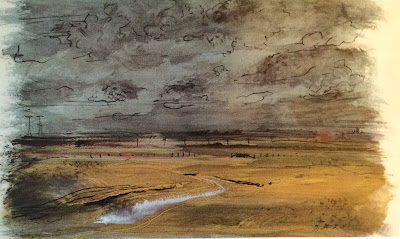 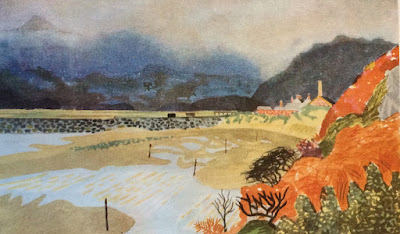 A very different but delightfully decorative volume is Popular art in Britain by Noel Carrington. The cover design is of two brightly painted carousel horses and there are wonderful line drawings and coloured lithographs of farm waggons, Staffordshire figures and country crafts, by an artist of whom little is known, called Clarke Hutton. 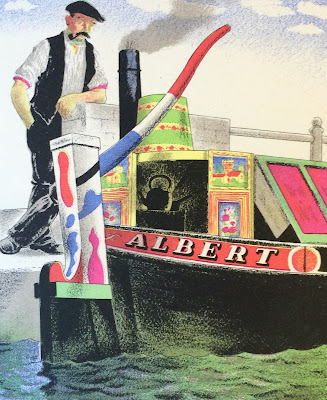 Noel Carrington also provided the introductory essay for arguably the most collectable King Penguin of all, Life in an English village illustrated by Edward Bawden. There is a note with the list of plates which states that ‘the coloured illustrations in this book are from drawings made by the artist directly on to lithographic zinc plates. They are therefore originals and not reproductions of drawings made on paper’. The images are of a specific place – the village of Great Bardfield in Essex, where Bawden lived with his family and other artists including his friend, Eric Ravilious. Strangely, Carrington does not refer directly to Bawden’s images, or Great Bardfield, in his essay. 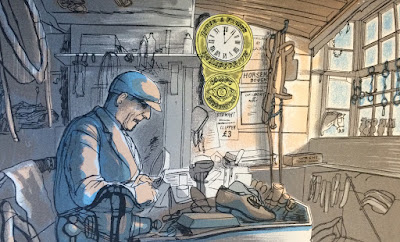 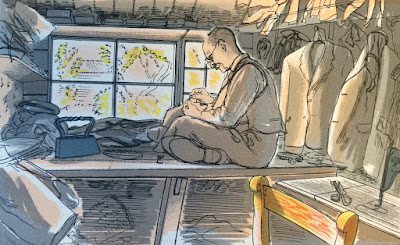 So we come to the unsung hero of the King Penguin series,William Grimmond, who over a period of ten years, designed no fewer than 16 covers for the series, though, with the exception of a map (in A book of Greek coins) he is never credited with any other artwork. His first book was Elizabethan miniatures in 1943 and his last, published posthumously, was Magic books from Mexico in 1953. He was obviously a very flexible artist and seems to have been able to adapt aspects of the subject of a book to provide a cover design as required – however, his cover for Wildflowers of the chalk seems to be a more personal drawing and has great charm. Grimmond remains something of a mystery, although there are apparently references to him in the Penguin Archive at Bristol University. He seems to have exhibited quite widely and worked as an illustrator (there is even a story that he was responsible for the famous Start Rite twins image) Curiously, although he lived in Surrey for much of his life, he was actually born in Manchester and studied at the School of Art. 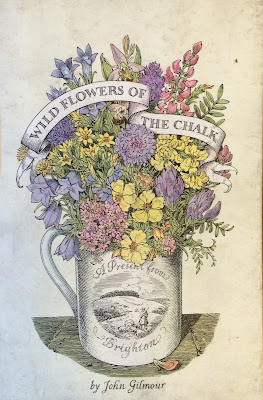 Eventually rising production costs brought to an end the King Penguin series with the final title, published in 1959, being The sculpture of the Parthenon. They were published in large numbers so none of them are really rare. However, we haven’t quite got the full set of 76, so, if you come across a bundle of King Penguins in your attic, there are still half a dozen or so that we need!

With thanks to Patti Collins for another wonderful blog.