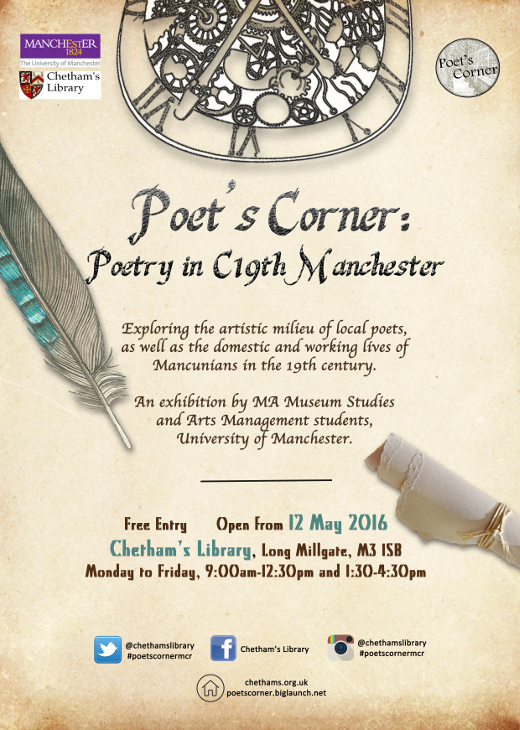 Chetham’s Library collaborates with the University of Manchester’s MA Arts Management, Policy and Practice and MA Art Gallery and Museum Studies students to bring you an evening of entertainment as part of Manchester After Hours! Join us from 7-10pm in the Baronial Hall where there will be poetry and writing workshops, spoken word performances, live music and a specially curated exhibition! As part of Manchester After Hours, this exhibition explores the artistic milieu of local poets, as well as the domestic and working lives of Mancunians in the 19th century. Brought to you by the MA Museum Studies and Art Management students from the University of Manchester, the exhibition showcases our finest collection of manuscripts and early printed books published in Greater Manchester.

The Poet’s Corner, formerly known as the Sun Inn, was once situated outside Chetham’s gates and became a prominent hub of Manchester culture in the 19th century where authors and poets gathered to write and hold irregular social meetings. Some of the works produced by these poets are on display.