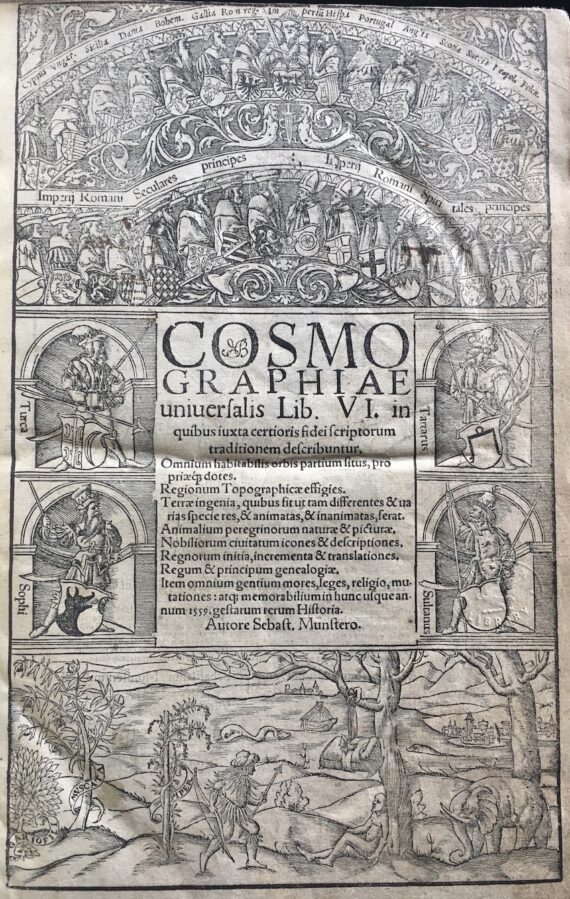 We thought we would share one of the treasures requested by our readers this week, the Cosmographia by Sebastian Münster. The Cosmographia, first published in 1544, was the earliest German-language description of the world. Sebastian Münster was a German cartographer, cosmographer, and Hebrew scholar whose Cosmographia was a major contribution to the revival of geographic thought in 16th-century Europe. 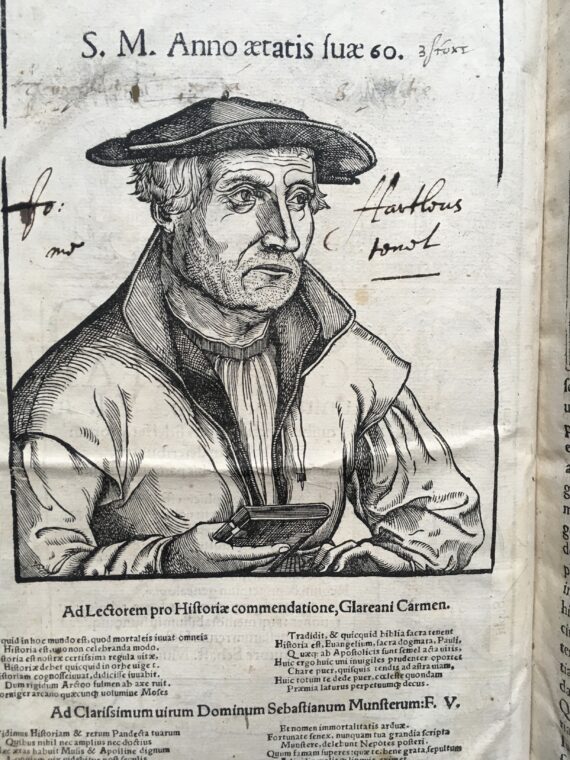 Cosmographia was a bestseller, a book that managed the rare feat of being both scientific and popular. Altogether, about 40 editions appeared between 1544 and 1628 in the original German, but also in Latin, French, English, Italian and Czech. In addition to describing and explaining the cosmos, it revolutionized how 16th-century readers thought about the physical world. 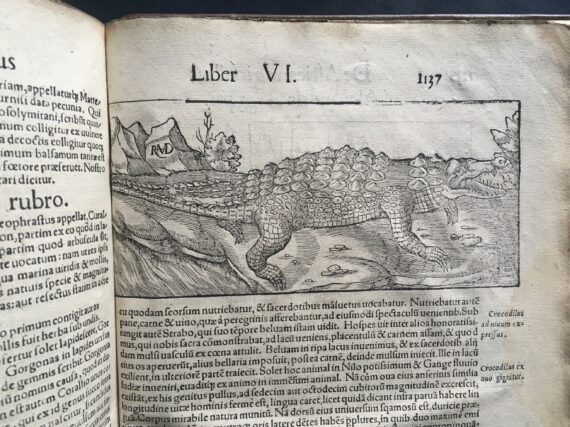 Above: A Crocodile from the Cosmographia

Münster obtained the material for his work by using a wide range of the available literary sources, in particular gathering original manuscripts for the description of the countryside and of villages and towns. He also obtained further source material on his travels (primarily in south-west Germany, Switzerland, and Alsace).

The Cosmographia not only contained the most up-to-date maps and views of many well known cities, but also presented a vast amount of detail about many aspects of the world. He included, for example, portraits of kings and princes, costumes and occupations, habits and customs, flora and fauna, monsters, wonders, and horrors.

Above: Terrifying Norwegian Sea-monster – the image our reader wanted

We have two Latin editions, both printed at Basel by Henricus Petrus (1508-1579), whose print-shop was also responsible for the German-language first edition of 1544. Our copies were printed in 1559 and 1572. . The Latin editions differ considerably from the German editions of 1553 and 1564, especially in the description of America which contains additional detail.