Second city of the Empire 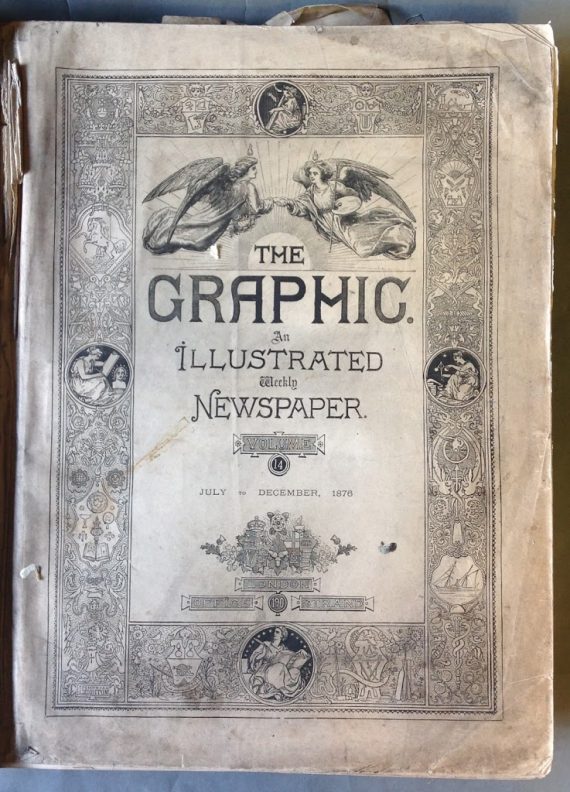 We have just acquired a copy of the The Graphic thanks to our colleague Ian Mayer at Chetham’s School of Music. The Graphic was a British weekly illustrated newspaper, first published on 4 December 1869 by William Luson Thomas as a rival to the world’s most successful illustrated paper, The Illustrated London News. Luson Thomas was exasperated by the unsympathetic treatment of artists by the ILN and created The Graphic as “a superior illustrated weekly newspaper, containing twenty-four pages imperial printed on fine toned paper of beautiful quality, made expressly for the purpose and admirably adapted for the display of engravings.” The Graphic covered home news as well as news from around the Empire and devoted much attention to literature, arts, sciences, fashion, sport, music and opera. It continued to be publised weekly under this title until 23 April 1932 and then changed title to The National Graphic between 28 April and 14 July 1932; it then ceased publication after 3,266 issues.

It continued to be published weekly under this title until 23 April 1932 and then changed title to The National Graphic between 28 April and 14 July 1932; it then ceased publication after 3,266 issues. The volume that we have acquired is of particular interest because of a sixteen-page article published on 4 October 1876 devoted to Manchester. According to the editor, “We have an especial pleasure in endeavouring to depict ‘Manchester’ for it was in Manchester during our early struggles (when such an enterprise as ours was regarded as Quixotic) that The Graphic first took firm root; and we take it as a high compliment tour labours that the City so justly celebrated as foremost in collecting works of Art (long before the days when such collections became a matter of profit) should have always been a steady upholder of The Graphic.” The article covers all of Manchester’s principal buildings, including the Cathedral, Chetham’s, Town Hall, Grammar School, Assize Courts, and Royal Exchange. There are two pictures of Chetham’s – boys dining in the baronial hall and a picture of the interior of the Library – one of the very few illustrations that we have that shows women visiting the Library. As well as short descriptions of attractions, the article has lengthy accounts of ‘a bird’s eye view’, the history and religion of the city, and Manchester men, concluding that “‘The second city of the Empire’ is rapidly rivalling the first in eternal beauty and splendour, in setting an example of municipal administration which Londoners can only envy without the hope of copying it, and has a life of its own which points to a magnificent future. The climate may be depressing, the atmosphere heavy, the surroundings of the city unlovely, but all these things count for little when the spirit of the people is so high.”