A mildly fraudulent title for this ep of the blog, in that solving the problems around George’s legend are a bit of a tall order for this modest organ. However, we can visit one of the Library’s many volumes that have a single day of topicality a year about them, in this case Peter Heylyn’s Historie of that most famous saint and souldier of Christ Iesus; St. George of Cappadocia; asserted from the fictions, of the middle ages of the Church; and opposition, of the present, issued in 1631, and dedicated to Charles I and the Order of the Garter, that most exclusive club among the king’s personal friends since the time of Edward III. Heylyn, who had become a chaplain in ordinary to the king the year before, got Archbishop Laud to present the work to Charles I in person. 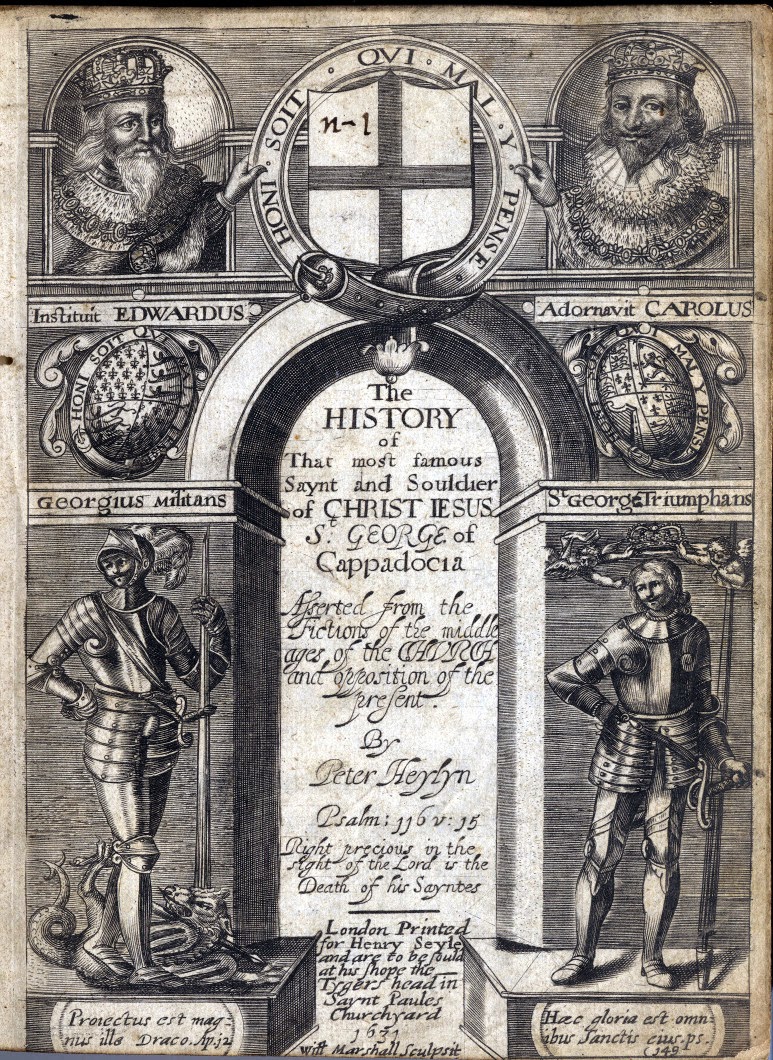 The Caroline church, which proved such a bone of contention between Crown and Parliament, could be a stormy place, and Peter Heylyn (1599–1662) lived through those storms, through Cromwell’s republic and through until the Restoration, even acquiring a small role in the coronation of Charles II, presenting the king with the sceptre. Major promotion always eluded him. 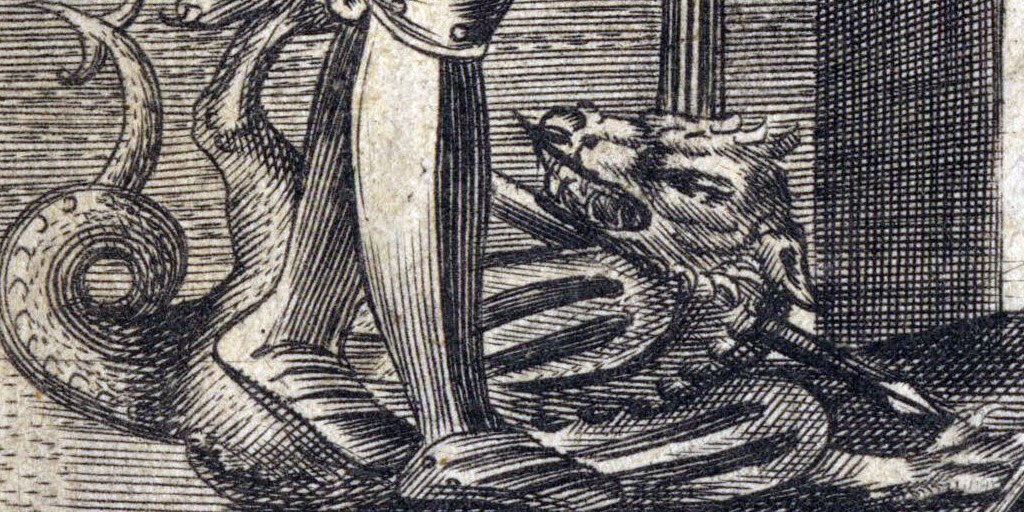 That dragon in detail. Call RSPCA.

The job was a tricky one – Charles I was very proud of the Order of the Garter, and its patron saint, George, was also patron of England. Yet the whole business of sainthood was not without its theological controversies, and too Popish for many. George was not without his detractors, but his battle with his enemies was no more real than Heylyn’s fight to separate truth from fiction, driving out medieval and Popish accretions:

Tumbling about the Vatican I found a certaine Historie of St. George full of prodigious lyes, and such as have not any likenesse with other myracles …

And the battle intensifies further:

Thus are wee come at last to the maine shocke and furie of the battaile: wherein if our successe bee answerable to the beginnings, wee need not doubt, but that St George may keepe his place in the heaven of glories.

Later, as his modest 350 page contribution begins to draw its conclusions, we can start to relax, with a patron saint washed clean of Popery and fit to stand guard over St George’s chapel and Charles’ ceremonials:

I must returne againe for England, there to behold the solemn institution of the Garter … St George doth still retaine his place in our common calendar … [and] prefixed before the publike Liturgie of our most blessed Church of England, where he is specially honoured with the name of Saint, as is not any of the rest, excepting those which saw our Saviour in the flesh. Excellent evidence …

So there you have it, in one of Lewis Carroll’s nice knock-down arguments. You can’t be wrong when you’re right. George is on and off the various calendars, true and false by turns, but still clinging on, and it’s up to us to celebrate him as Chesterton commemorates him, in peace with a glass rather than waving a flag:

St George he was for England.
And before he killed the dragon
He drank a pint of English ale
Out of an English flagon.