Swinging on a star 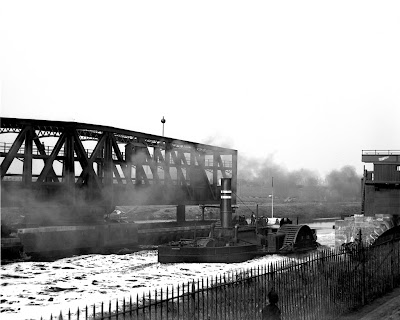 On this day in 1893 the Barton Swing Aqueduct carried its first barge along the Bridgewater Canal and over the top of the soon-to-be opened Manchester Ship Canal. The aqueduct is an extraordinary feat of Victorian engineering which allows large ocean-going ships to pass along the Ship Canal by means of a rotating pivot which turns the aqueduct by 90 degrees. It is the first and only swing aqueduct in the world and is a Grade II listed building.
One hundred and twenty years after the opening of the aqueduct it is still in regular use by narrow boats and pleasure cruisers. 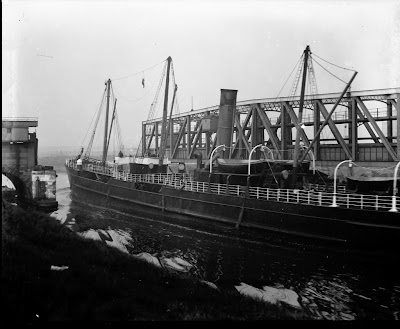 These photographs of the aqueduct are from the J. J. Phelps collection of glass slides, which together with the Frank Mullineux photographic collection contain a large number of images of both the Bridgewater Canal and the Ship Canal. 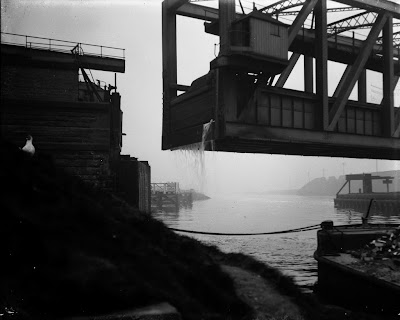 The Leech collection also contains material relating to the Ship Canal, including the first history of the canal written by Sir Bosdin T. Leech, who was one of the directors of the Manchester Ship Canal Company.