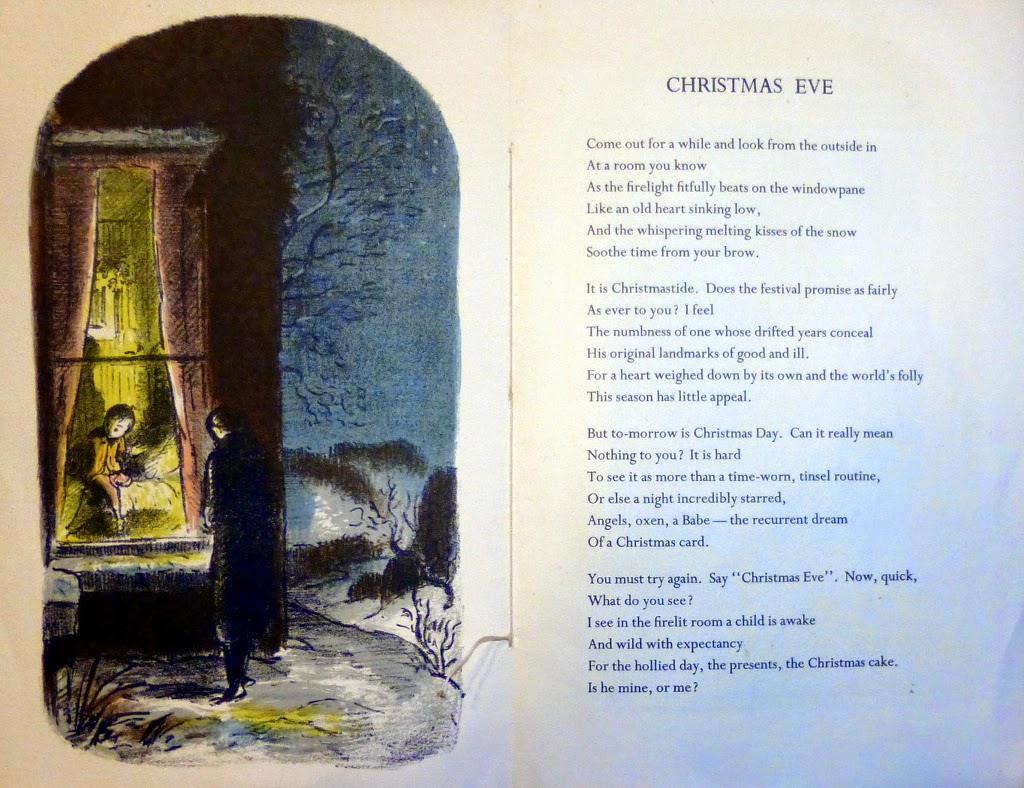 In 1927, long before the Christmas shopping frenzy of Black Friday and Cyber Monday, a young director from the publishing company Faber and Gwynne came up with an innovative and elegant idea for the Christmas gift market.
His name was Richard de la Mare, the son of the famous poet Walter and his idea was to produce a series of small illustrated pamphlets which would combine a single, previously unpublished, poem by a major poet with an appropriate illustration. The poems were christened the ‘Ariel Series’ and all were to have a seasonal or Christmas theme. The format was simple: a folded card cover featured the title, author and illustrator and occasionally a small line decoration. The two inside sheets were folded to give four pages for the poem and an original illustration, which was printed in three colours only. The poems were printed by the Curwen Press and, apart from a small limited edition which were sent as Christmas greetings to important clients, were priced at one shilling. 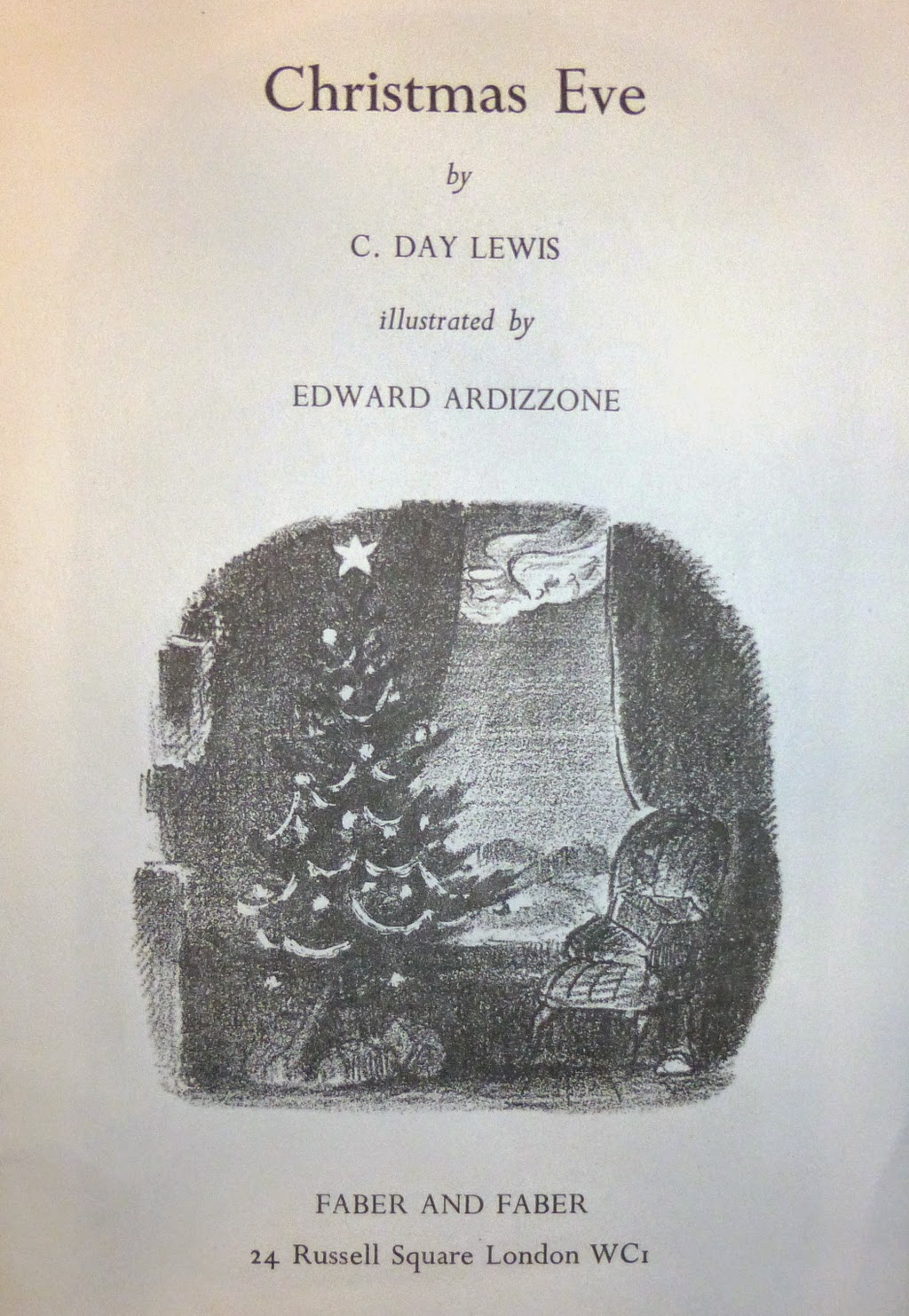 When Richard de la Mare began to approach poets he was able to say not only that his father Walter had promised a poem, but so had his fellow director at Faber, T.S.Eliot. Those who eventually agreed were a stellar list, including Thomas Hardy, G.K.Chesterton, Siegfried Sassoon, Edith Sitwell, W.B.Yeats and D.H.Lawrence. The resulting poems were wonderfully varied and range from overtly religious themes to meditations on winter and the magic of Christmas seen through the eyes of a child. 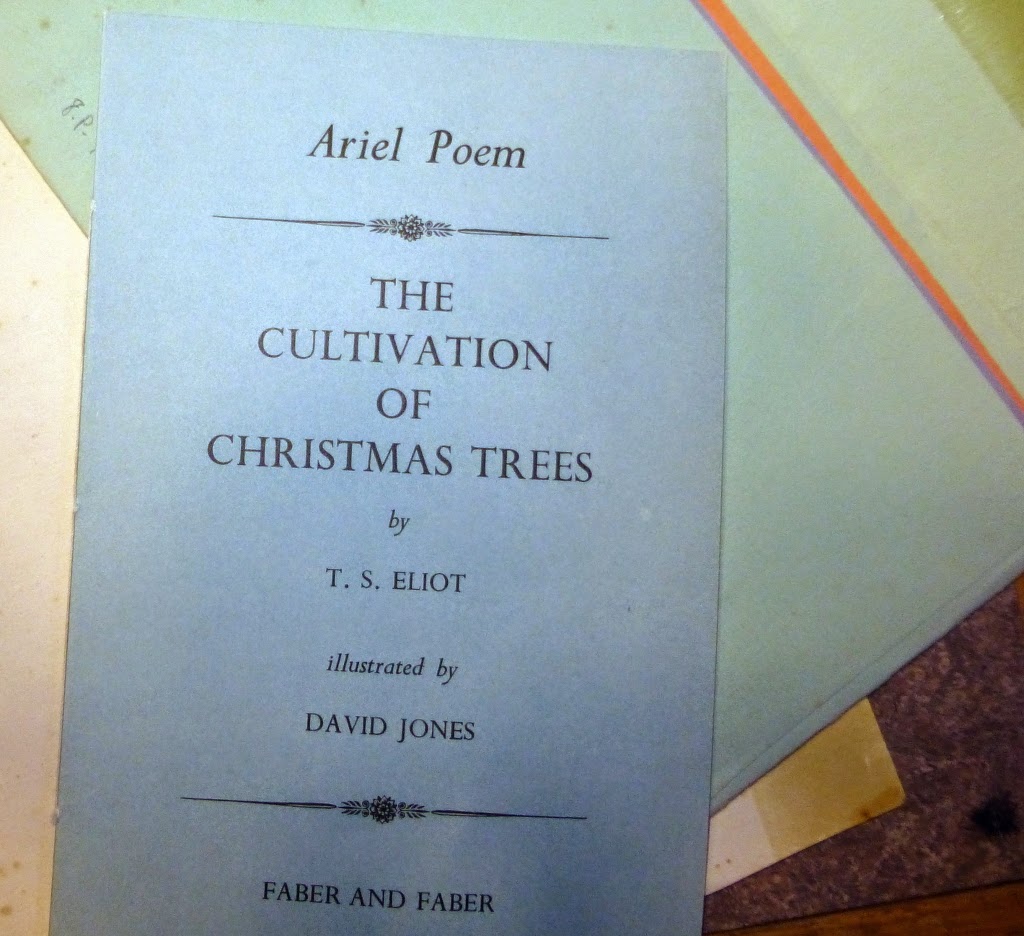 Interestingly, the poets did not know which artist would be chosen to respond to their poems. Richard de la Mare consulted with the printer Henry Curwen and selected a number of up-and-coming young artists as well as some established names, including David Jones, Eric Ravilious, Edward Bawden, Paul and John Nash, and Eric Gill. Many of the resulting combinations of poem and image are inspired. 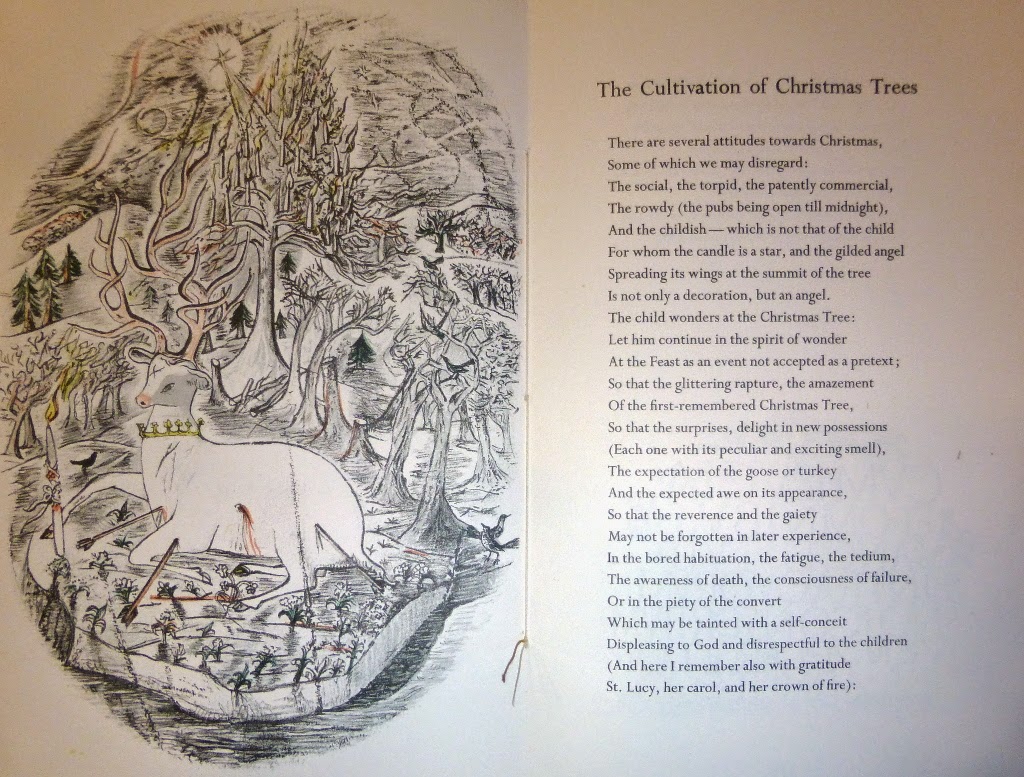 Between 1927 and 1931 Faber published thirty-eight poems in the Ariel series and then, in the early 1950s, after a gap of twenty years, it was decided to revive the series. The library has five of the later series, all published in 1954, two by Eliot, one by De la Mare, one by Edwin Muir and one by Cecil Day Lewis. They each have great charm and have been illustrated by renowned artists including Robin Jaques, E.McKnight Kauffer and John Piper. They are part of the Pickles Collection which was donated to the Library by Anne Pickles in memory of her late husband. 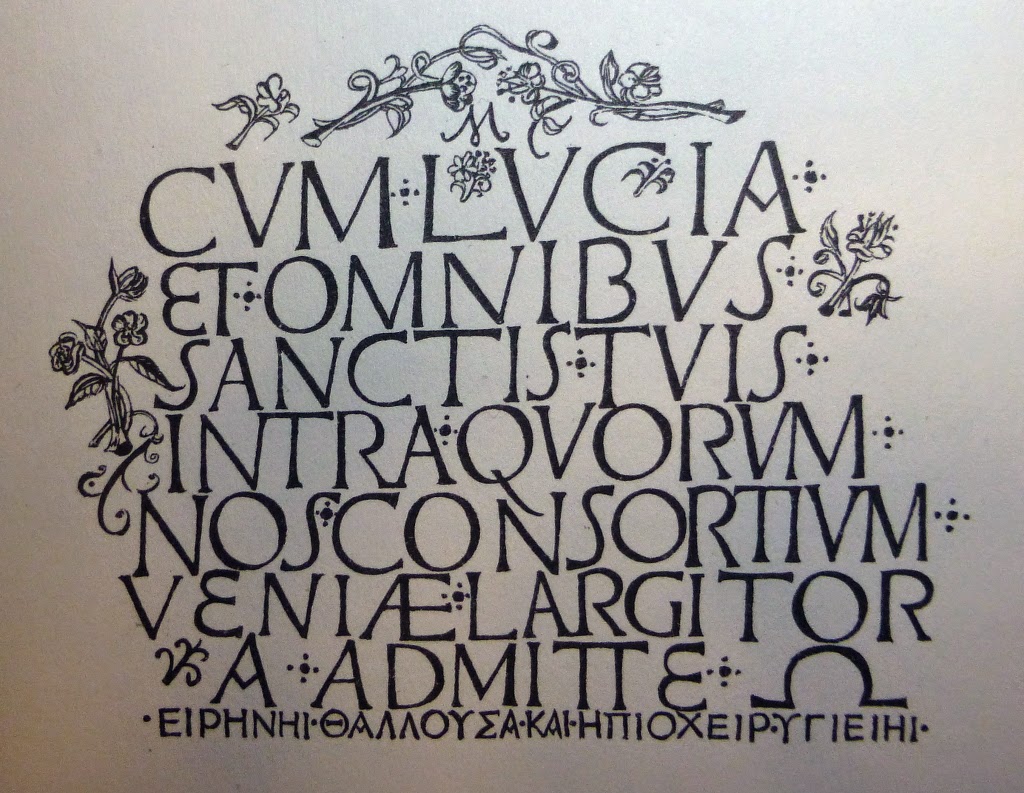