We recently received a donation of books and archival material from the Blavatnik Honresfield Library through the kindness of the Friends of the National Libraries. The FNL successfully raised £15 million in only five months to purchase the collection for the nation to ensure such treasures remain accessible to the public.

Donations from the Honresfield collection to libraries and museums around the UK include manuscripts in the hands of Jane Austen, Robert Burns, and Sir Walter Scott, and a significant collection of printed books.

The Honresfield Library was created by Victorian mill owners Alfred and William Law at the turn of the 20th century and has been kept within the Law family. Chetham’s Library is grateful to have received a share including a selection of Manchester born novelist William Harrison Ainsworth’s works, English Civil War ephemera, and 1840s children’s annuals.

The Library has a substantial collection of books by Ainsworth. Born in 1805 in King Street, after an unsuccessful career as a lawyer and then a publisher he specialised in journalism and literature. His works would focus on historical fiction and culminated in 39 novels featuring figures such as Dick Turpin, Charles II, and Bonnie Prince Charlie.

Ainsworth has a link to the Library in the form of his lifelong friendship with James Crossley in 1817. Crossley was the founder of the Chetham Society and was Honorary Librarian at Chetham’s from 1877 until he died in 1883. We are therefore very grateful to have been selected as custodians of these printed materials. We received the following titles from the FNL: Rookwood, The Royal Oak, The Miser’s Daughter, Mervyn Clitheroe, and Old Saint Paul’s. These volumes in particular are unique as they are presented by the author to members of his family and friends, so are known to librarians and the book trade as presentation copies. The Library has Ainsworth’s portrait in oils, now rather foreshortened by damage due to war-time fire-bombing. 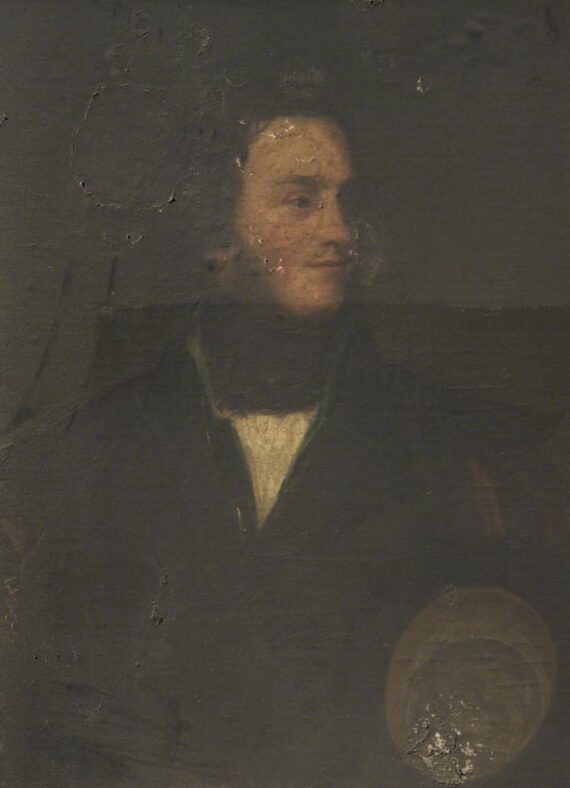 Portrait of Ainsworth from Chetham’s collection.

The English Civil War ephemera comprise three contemporary pamphlets and tracts that offered updates of the war in and around Lancashire for the years 1642-1643. These feature events such as the ‘taking of Houghton Tower by the Parliaments forces’ and how ‘the Earl of Darbies forces made an on-set of the towne of Boulton’ – the notorious ‘Bolton massacre’. 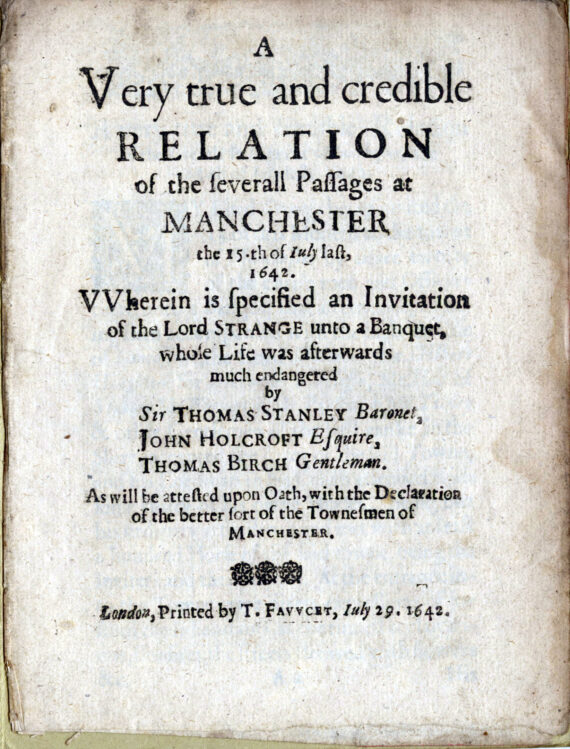 The future sixth Earl of Derby, then Lord Strange, threatened as he attended a dinner

These civil war tracts are relevant to the Library’s collection for two reasons: during the 1640s our building had been owned since 1547 by the Stanleys, the Earls of Derby; the site was subsequently used as a garrison by the opposing parliamentary forces. However, as the Stanley family fought on the losing side of the Civil War their lands were confiscated after the Parliamentarians defeated the Royalists. The building was left to gradually fall into a state of disrepair until its purchase from the Parliamentary Commissioners for Humphrey Chetham’s Hospital and Library in 1653. 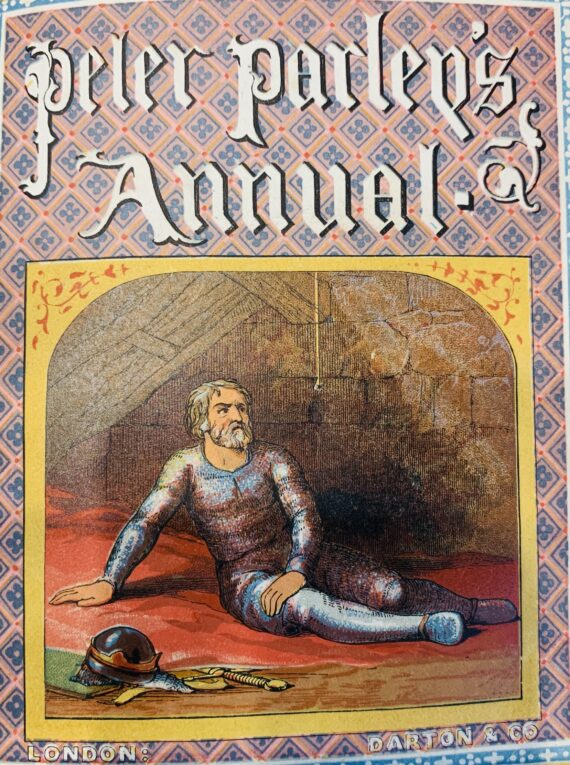 The two volumes of Peter Parley’s Annual date from 1844 and 1848 and feature some beautiful illustrations. This annual was aimed at older children or adolescents in the Victorian period, and joins our collection of 19th-century material. ‘Peter Parley’ was one of a bewildering number of pseudonyms used by George Mogridge (1787-1854), a former ‘Japanning’ (black lacquering) craftsman who turned to writing anything from religious tracts to children’s stories. Known more often as ‘Old Humphrey’, he also published as Paul Preston, Carlton Bruce, Uncle Adam, Viele Humphrey, O.O.O, Old Officer, The Author of My Grandfather Gregory, and more than a dozen other ‘Author of …’ noms -de-plume. 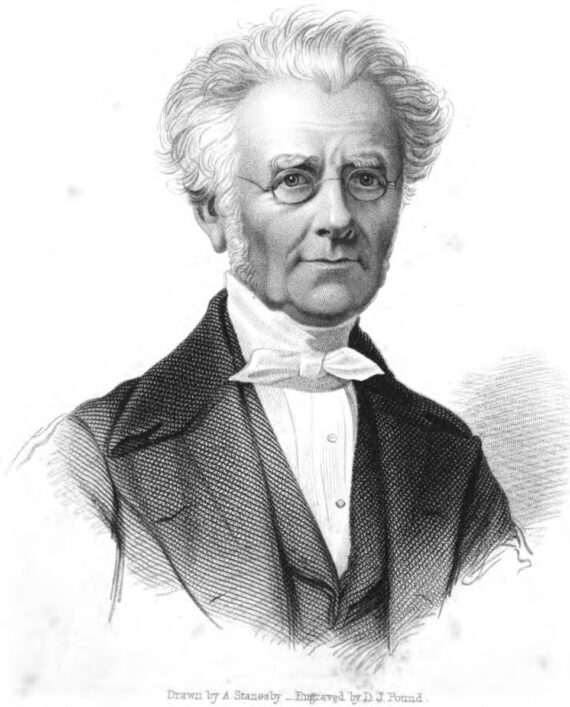