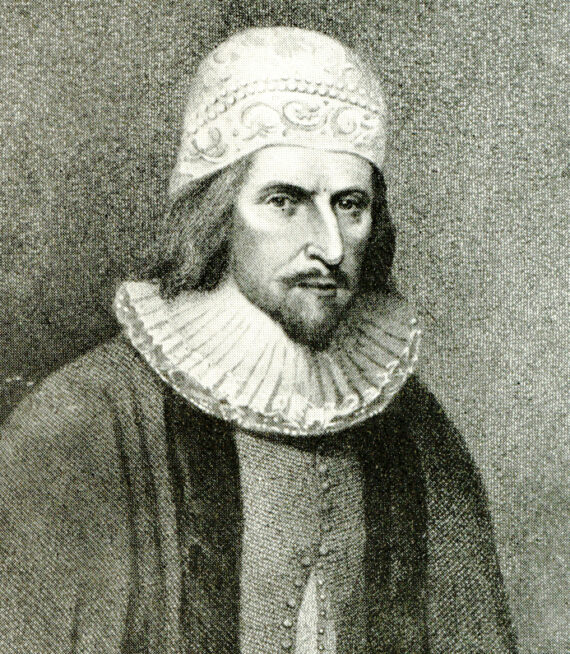 One of Humphrey Chetham’s first considerations when making the bequest of a library and school for poor boys upon his death was to find a suitable building in which to house it. Coincidentally, there was a vacant property that would suit these needs: the medieval College House in the centre of Manchester. It was built in 1421 to accommodate a college of priests and remains one of the most complete medieval complexes to survive in the northwest of England. The buildings had been confiscated from the clergy by the Crown in the 1540s, sold to the Earls of Derby, and were again seized by the Parliamentary Commissioners from the Derby estate after the latter supported the royalist cause during the civil war. The beautiful old sandstone buildings, together with the magnificent Library interior, create a unique atmosphere for readers and visitors alike.

However, during Humphrey’s time, the building was not well preserved. The College House, after many years of neglect, was in a poor state. During the Civil War it had been used as a prison and arsenal. Humphrey himself remarked in his letter to Ralph Brideoake, 17 Mar 1648 that ‘the towne swine make their abode bothe in the yards and house’. This letter to Ralph Brideoake inspired a sketch by local artist and assistant librarian at Chetham’s, J.J.Phelps, in 1908 titled ‘The Dilapidated College, Manchester’. 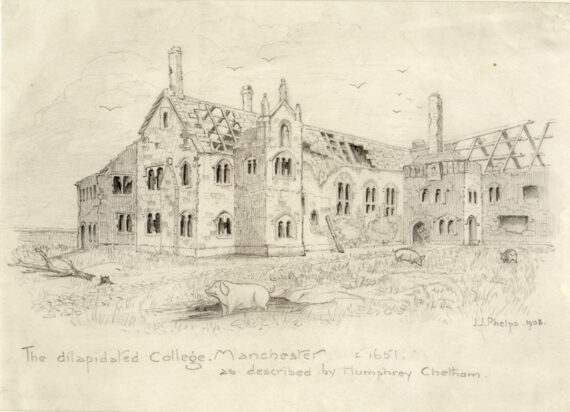 Despite the site being a work in process, Humphrey saw the building’s potential and he specified that it was to be purchased by the executors of his will, who were to go on to provide the body of trustees for his charitable foundation. They carried out his wish and acquired the building after his death in 1653. The restoration of the college was carried out by local craftsmen, and a joiner named Richard Martinscroft was entrusted with the task of fitting and furnishing the Library.

The Library was housed on the first floor in order to avoid rising damp, and the newly acquired books were chained to the bookcases, or presses, in accordance with Chetham’s instructions. Nearly 400 years later the building remains a working library.