The fyrst boke of the Introduction of knowledge 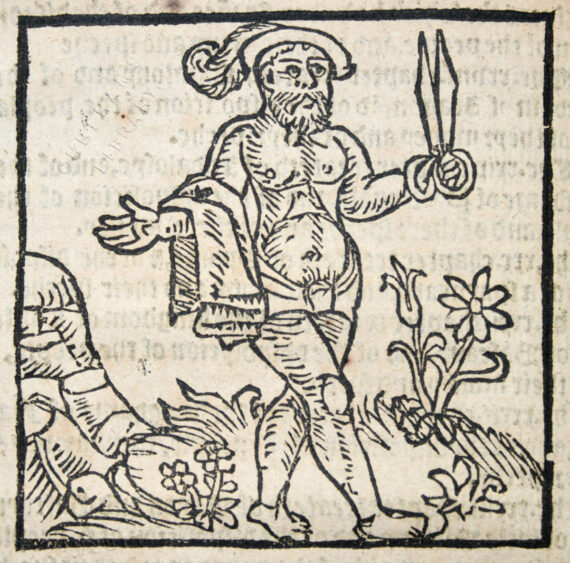 Recently we had an interesting collections enquiry, from a reader that we thought we would share. An image was requested from the work by Andrew Boorde, ‘The fyrst boke of the Introduction of knowledge’, which was written in Montpellier and considered the earliest continental guidebook.

Andrew Boorde was born in Sussex and studied at the University of Oxford before becoming a Carthusian monk, and going on to study medicine abroad. He travelled extensively visiting universities such as Orléans, Poitiers, Toulouse, Montpellier, Wittenberg, Rome, and went on a pilgrimage with others of his nation to Compostela in Galicia.

By the 1530s he was travelling at the behest of Thomas Cromwell who sought to seek out public opinion on the divorced Henry VIII abroad. Boorde put together descriptions and itineraries of each region he visited, which included almost the whole of Europe. He then sent these diaries to Cromwell who lost them, despite this they would form the basis of his later works. In 1536 he was working as a physician in Scotland, where he reported the public opinion of the Scotsmen to Cromwell.

Boorde was Travelling again in the late 1530s after the dissolution of the monastic houses in England. This time he made it as far as Jerusalem and eventually settled for a time in Montpellier. It was here in 1542 that he compiled ‘The fyrst boke of the Introduction of knowledge’, writing in rhyme, common dialect, and describing the dress, fashions, foods and customs of each country. For example, the Englishman describes himself and his foibles, his fickleness, his fondness for new fashions, and his obstinacy, in verse. Then follows a geographical description of the country, followed by text in the Cornish language. He dedicated this work to the ‘Lady Mary’, daughter of Henry VIII and Catherine of Aragon, Mary was yet to be restored to the succession at this point so was no longer referred to as Princess. Henry VIII declared her illegitimate after he divorced Catherine to marry Anne Boleyn. 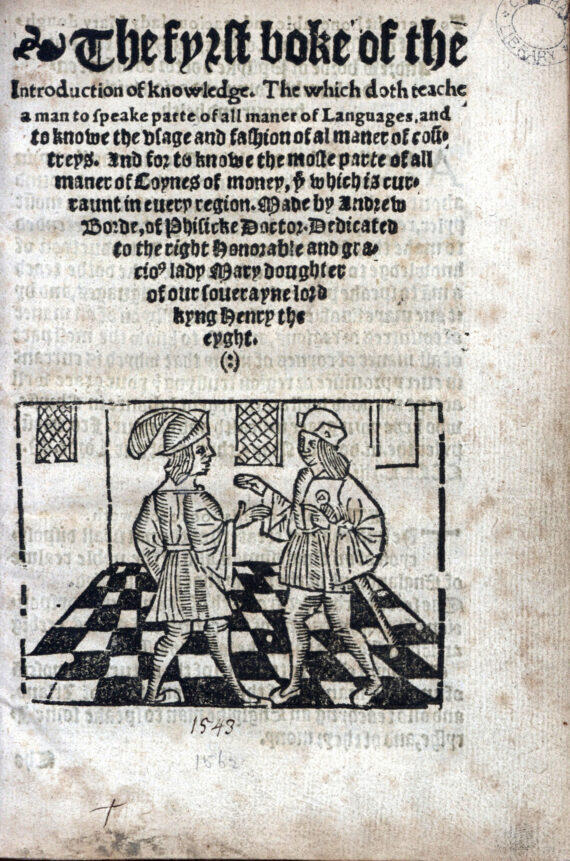 The title page dedicated to ‘the Lady Mary’.

In 1547 Boorde had returned to England and was practising medicine in London, where he then relocated to Winchester. It was here that he was accused by the bishop of Winchester of keeping three prostitutes in his rooms. Boorde was sent to Fleet prison in 1547 where he would die in 1549.