The Kingdom and People of Siam 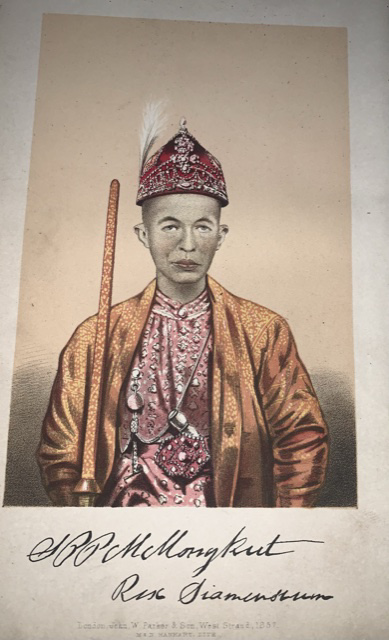 On the desk today is a lovely three volume set of The Kingdom and People of Siam (1857), with a foreword by King Mongkut. These books were composed by Sir John Bowring, a British political economist, traveller, writer, literary translator, polyglot and the fourth Governor of Hong Kong. In 1855 he was sent by Queen Victoria on a diplomatic mission to the Kingdom of Siam, now Thailand, to negotiate a trading agreement. In 1861 he was sent as a commissioner to the newly created Kingdom of Italy.

Bowring was a prolific writer, and the Library has acquired many of his books; however, it was his piece on Siam that proved to be the most popular, as it offered a detailed description of the country, people and culture of what was then a very distant and exotic country to a wider audience. 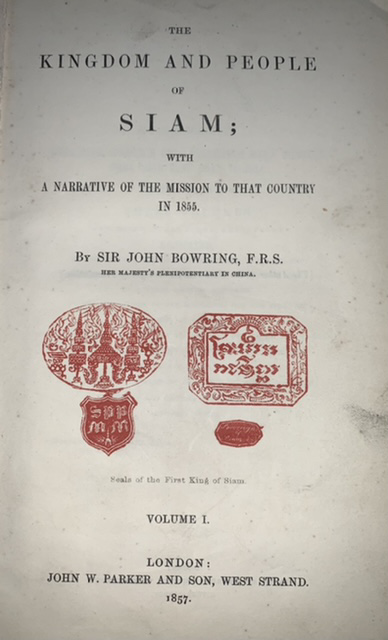 Title page of The Kingdom and People of Siam.

The British diplomats were a welcome presence in Siam and recieved warmly by the King of Siam, Mongkut, who was keen to have western influence in the country and establish friendship with Britain. Mongkut and Bowring were to develop good relations, with Bowring dedicating his account of Thailand to the King. In 1867 Mongkut was to appoint Bowring as Siam’s ambassador to the courts of Europe. 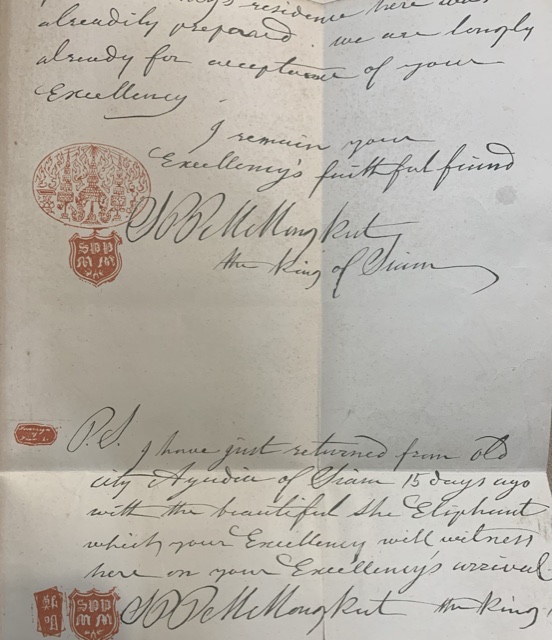 Correspondence between the King and Bowring.

An agreement that was to become known as the Bowring Treaty was signed by the two countries on the 18th April, 1855. The Treaty granted British merchants free trade in the ports of Siam, and permitted British citizens to relocate and to own land in Siam. It was specified that British migrants would remain exempt from Siamese legal jurisdiction. The agreement also ensured the development of the Siamese economy, and offered them British protection from other European countries. 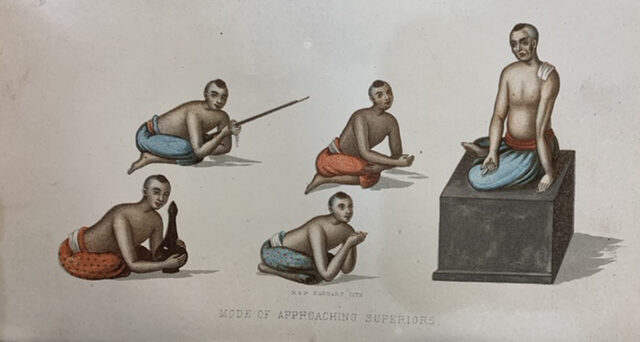 An illustration of social customs in Siam.

The most significant impact of the Treaty was the legalisation of opium exports into Siam, which had previously been illegal. The Bowring Treaty enjoyed success for 70 years before it broke down in the 1930s.