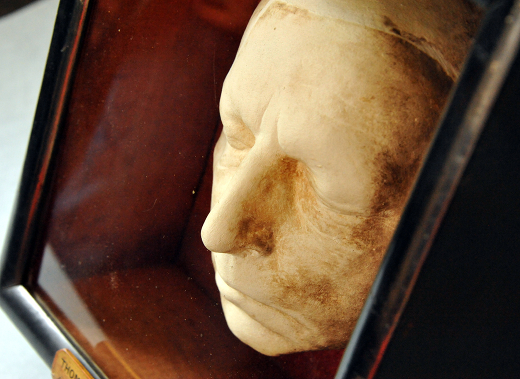 Recently one of our readers was studying the works of Thomas Whitaker, an influential English clergyman, topographer, and antiquarian. As we have several works and the death mask of Whitaker in our collection we thought we would share his story.

Thomas Dunham Whitaker came from the Whitaker family of Holme near Cliviger, Burnley. He was born on 8 June 1759 at Rainham in Norfolk, where his father, William, was the curate. Thomas was educated by a series of clergymen until 1774, when he was admitted to St. John’s College, Cambridge. In November 1781 he took a law degree (LLD), and upon the death of his father in 1782, he went to live at Holme to manage the family estate. He was ordained in 1785, but had no clerical appointment until 1797 when he was made curate of the chapel at Holme on his own nomination, having himself bought the right to present to the benefice in 1788. From his early life, the Library holds a commonplace book including verses, notes on the New Testament and from law lectures he attended. 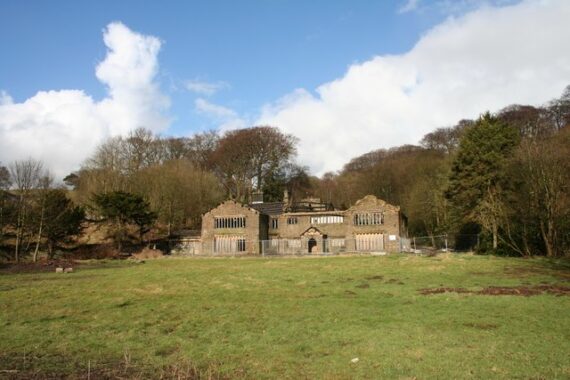 What remains of the Whitaker family estate at Cliviger

Dr Whitaker became vicar of Whalley in 1809, a benefice then worth about £100 a year. In 1818, Whitaker became the vicar of Blackburn and retained the livings of both Whalley and Blackburn until his death. At this time it was not uncommon for clergy and bishops to have multiple livings and to use curates to perform their duties when they were absent.

One of his greatest achievements was undertaking landscape ‘improvements’ in the Cliviger area, where he oversaw substantial planting of trees and other work to beautify the wild landscape. He planted about half a million trees between 1785 and 1815, and his work is still the prevailing influence upon the scenery in the valley, also winning the gold medal of the Society of Arts for planting 64,000 larches in a year.

His involvement in local life extended to politics and the suppression of disorder: he signed the printed resolutions of ‘a numerous and highly respectable meeting composed of the magistrates of the Higher Division of the hundred of Blackburn’ held at Burnley ‘for the purpose of adopting effectual measures, for the maintenance of the public peace, at this important crisis.’ A damaged copy of this rarity is held at Chetham’s, pasted into one of the scrapbooks given to the Library by the infamous Peterloo magistrate, W.R. Hay. Another pamphlet of 1817, printed at Lancaster, contains a speech by Whitaker ‘tending to support the existing laws and constitution of England’; another sign of the unsettled nature of the times.

Not content merely with changing the landscape, Whitaker now began to document his geographically huge parish and its long history in the shape of his exhaustive History of Whalley. He published it by subscription in 1801, and sales and interest were sufficient to carry it through to a second and third edition in 1806 and 1818. A further testament to the lasting value of the work is that the title and Whitaker’s main authorship was retained for the fourth, two-volume edition of 1872-6, enlarged and continued by Gough Nichols and Lyons.

Engraving from An History of the Original Parish of Whalley, and Honor of Clitheroe, In The Counties of Lancaster and York.

While its starting point is firmly embedded in the long-standing tradition of local antiquarianism, the History of Whalley represents a landmark in topogpraphy in terms of its more modern use of identifiable primary sources and breadth of scholarship, giving it lasting value into the present day. The book’s impact on the eye was much enhanced through a member of one of Lancashire’s most active antiquarian families, Charles Towneley, who had taken an interest in Whitaker’s writing from the first, and introduced Whitaker to the young J.M.W. Turner. The artist produced a series of watercolours of the landscape and antiquities that formed the studies for the fine engravings in the published work.

Whitaker’s success with his publication on Whalley seems to have prompted him to reach further afield for his next books. He continued in 1805 with a History of Craven (it sold well enough for a second edition in 1812), and in 1816 came Loidis and Elmete, a history of the area around Leeds, including lower Wharfedale and Airedale; finally in 1823, after his death, the History of Richmondshire appeared, the first and the only completed part of a history of Yorkshire, which would have been an ambitious undertaking indeed. Turner’s illustrations for these later works are now perhaps the most significant thing about them. Whitaker also published numerous minor articles in general interest journals such as the Quarterly Review, but the work on Whalley is the foundation of his reputation, and set the standard for other works of local history. Chetham’s Library’s very active collecting on Lancashire and Cheshire local histories and topographies reflects the many authors who turned to Whitaker as a model of how to write such books. 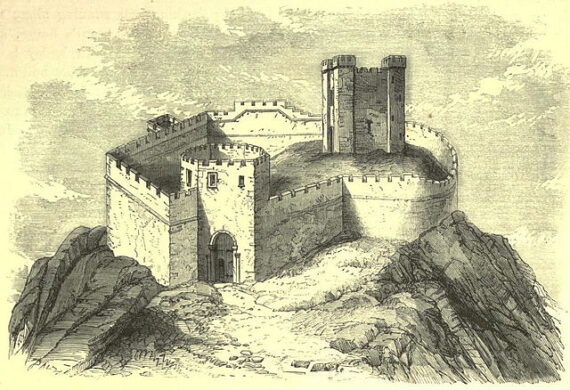 In our collection we are lucky to have original copies of the first, third and fourth editions of A history of the original parish of Whalley : and Honor of Clitheroe, in the counties of Lancaster and York with the engravings by Turner, in addition to his other histories; but perhaps the most peculiar item, and certainly a unique one, is his death mask, which now looks out onto the Priests’ wing of the Library.

You can find records for all the Library’s holdings by or about Whitaker in our catalogues at . The best single source to find out more about him is Alan Crosby’s article for the Oxford Dictionary of National Biography, to which we gratefully acknowledge our debt.