Travels and discoveries far and near 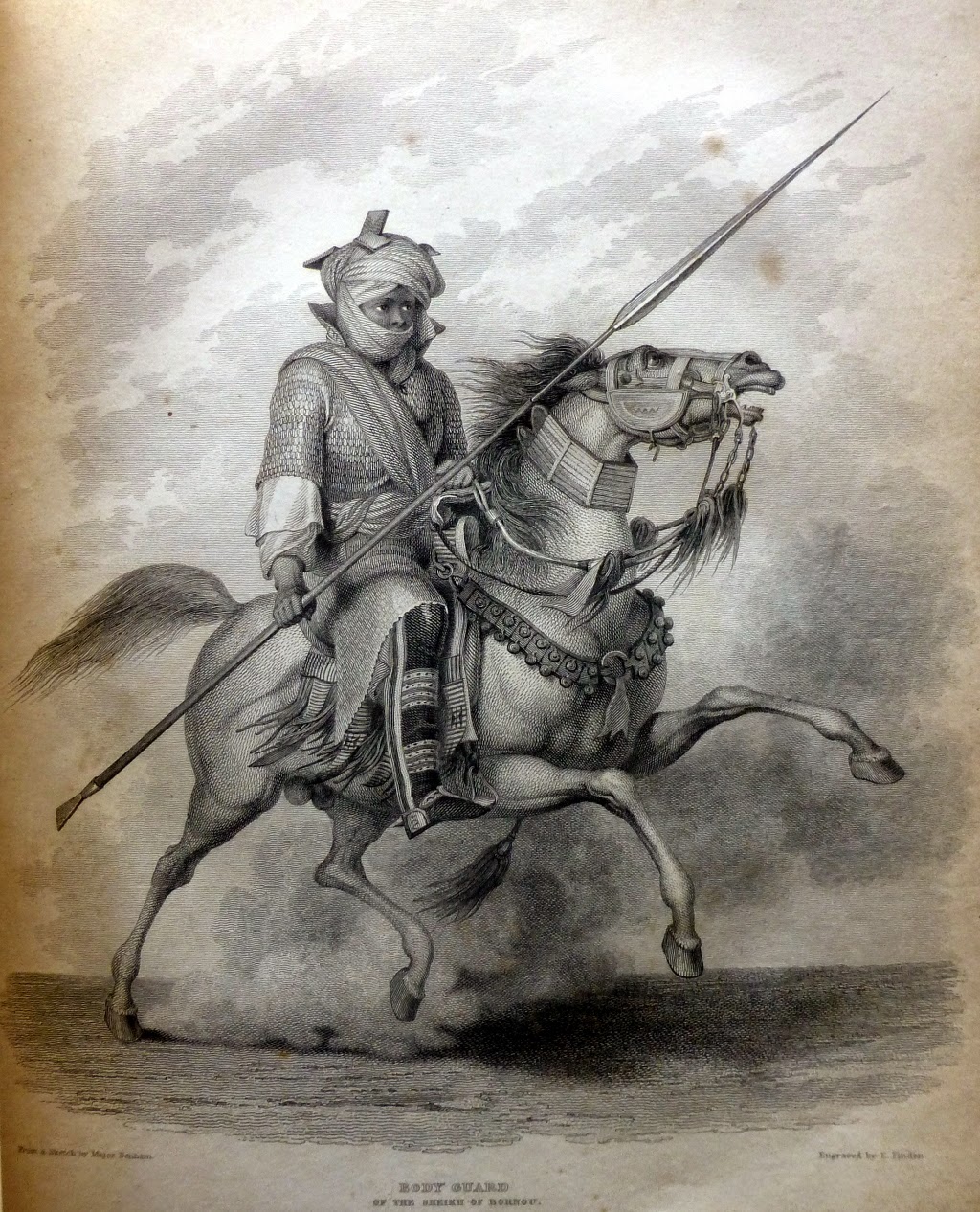 We are very sorry to be saying goodbye to David Thomas, who has been volunteering with us on the Belle Vue project over the last few months. David is headed to Reading to begin a new adventure as a graduate trainee at the University Library, and we wish him all the best with this new chapter in his life.

Meanwhile, David has written a wonderfully engaging review of one of the books from our collection which caught his attention, Denham and Clapperton’s expedition to Africa, published in 1826. We hope you enjoy reading it as much as we did:

This is an account of a British expedition to encourage trade in Northern and Western Africa organised by Henry Bathurst, 3rd Earl Bathurst (and a Knight of the Garter) who was Secretary of State for War and the Colonies. With the dust barely settled after the Scottish referendum, it is a reminder that even in Britain’s imperial heyday the Scots and the English didn’t always get on. It was written by the English Major Dixon Denham, who was accompanied by two Scots, Captain Hugh Clapperton and Doctor Walter Oudney. Alongside the British North-South bickering, the expedition is notable in that they were the first Europeans to successfully complete a North-South crossing of the Sahara desert. 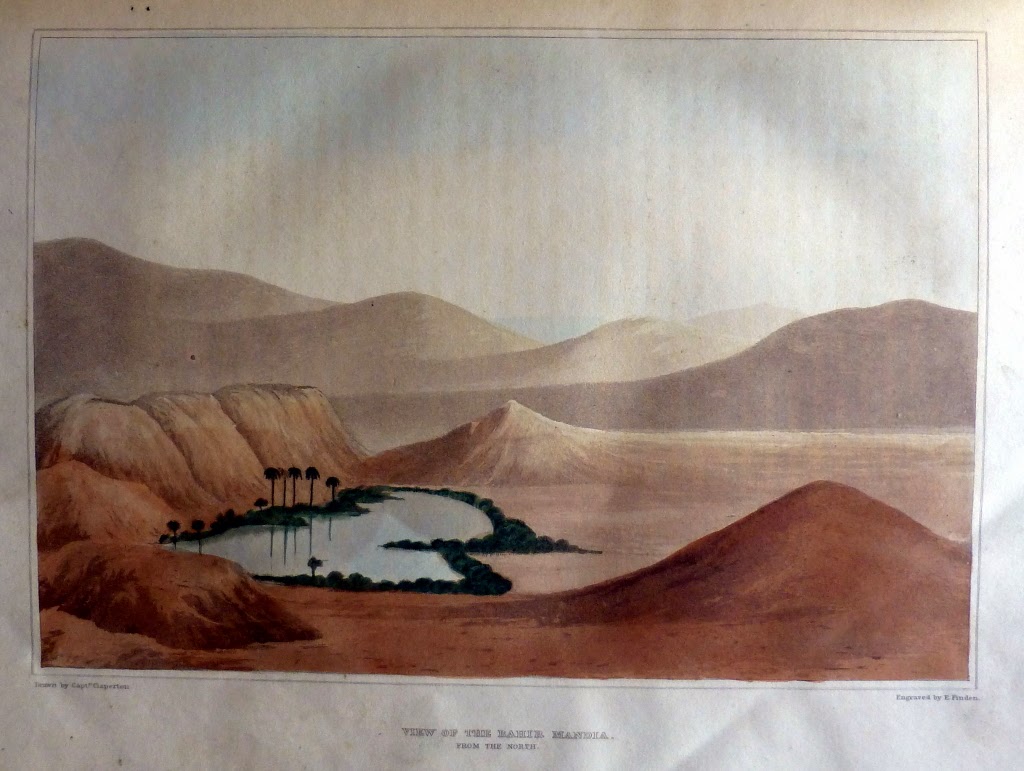 The principal reason for the group’s falling out was that Denham was late to the party and then tried to impose his leadership. One of Denham’s friends said that ‘he was the kind of man who must have adventure or he rots’. Clapperton and Oudney were down as the original leaders before Denham used his connections to join at the last minute. The group arrived in Tripoli in November 1821 where for an unknown reason, Denham was kept from leaving until March 1822 while Oudney and Clapperton went on ahead in February. Luckily Denham eventually left with over 200 Arab horsemen to find that his colleagues in Murzuk (known along with Marrakech, as the ‘Paris of the Sahara’) had fallen ill and the local bey (tribal leader) had taken their camels away. Denham had to return to Tripoli to raise funds and try and get the Pasha Yusuf Karamanli to provide an armed escort for the expedition. Clapperton showed little appreciation, writing that ‘His absence will be no loss to the Mission, and a saving to his country, for Major Denham could not read his sextant, knew not a star in the heavens, and could not take the altitude of the sun’. 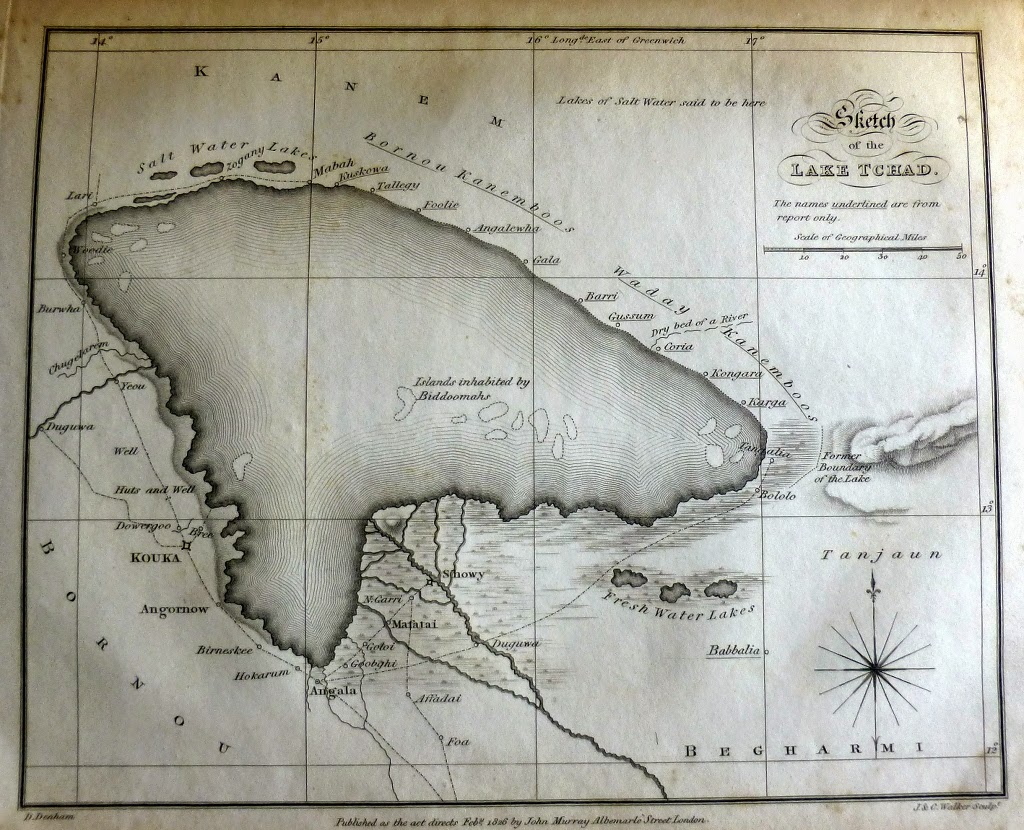 After this false start the expedition finally left Murzuk a year after they had reached Africa, in November 1822. The three men were now accompanied by a carpenter by the name of Hillman, four camel drivers and five servants. They became the first Europeans to see Lake Chad on 4 February 1823 and then reached Kuka (now Kukawa, Nigeria) in the Bornu Empire on 17 February. It was at this point that relations really soured. Ignoring Clapperton’s protests, Denham went on a slave-raiding expedition and was nearly killed himself. He then proceeded to write false reports to London accusing Clapperton of having an inappropriate relationship with one of the servants.
Things only got worse when Denham surveyed Lake Chad (see map) and Clapperton and Oudney left him to travel to the Hausa states. Oudney succumbed to an illness in January 1824 but Clapperton reached Kano and Sokoto before returning to Kuka. Reuniting with Denham the two men set out back across the Sahara to Tripoli without talking to each other once for the entire journey of 133 days. They finally returned to Britain on 1 June 1825. 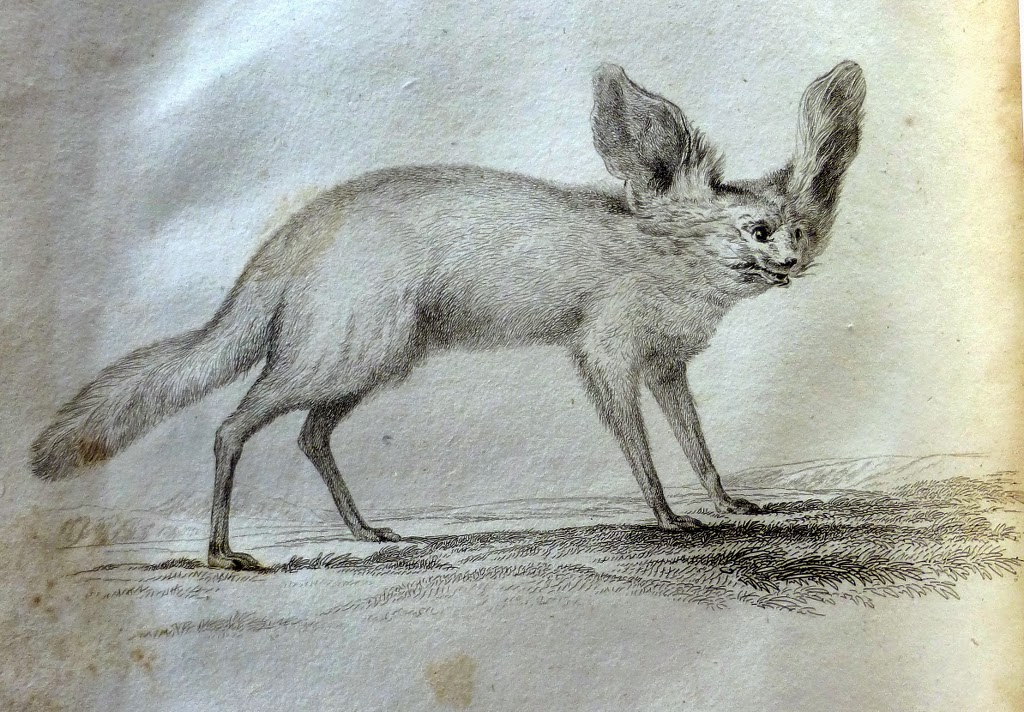 Clapperton quickly returned to Africa which allowed Denham to write (as you may expect) rather one-sidedly about the expedition. He did acknowledge that the artist Sir Robert Ker Porter ‘perfected several drawings’ (shown here). Porter was very well-travelled himself; he had been Alexander I of Russia’s historical painter, toured the Middle East and eventually became the British consul in Venezuela. Clapperton died in 1827 and his journals were thought lost but they were found in an archive in South Africa and published in 2000. It is arguable that he had the last laugh; whereas Denham is largely forgotten, Clapperton is often counted as one of Britain’s leading early explorers of Africa.