For the next six weeks, performing arts company iOrganic will be creating an ‘unofficial’ tour of the Library and medieval buildings, engaging with visitors through workshops, informal interviews and social media campaigns to gather stories, real or imagined, about the history of the place. They will also work with the Library and museum collections to identify historical myths, half-truths and unlikely realities from the past. These ‘crowd-sourced lies’ will then be weaved into a one off performance to be premiered late at night on Thursday 18 February. The interactive and engaging performance promises to respect the building’s place in history, whilst at the same time playfully questioning notions of truth and fiction, and why we trust the knowledge of others.

As you can see below, iOrganic are already in residence at the Library in the Scriptorium (a normally out-of-bounds room very few people have the chance to see!) and will remain in there until Monday 18 January. They will also be hosting a writing workshop on Saturday 30 January. 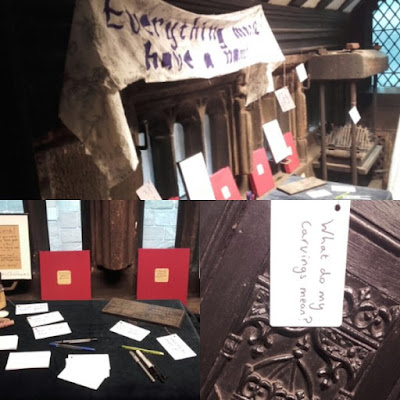 Get involved in the project on Twitter using the hashtag #UnrealChethams and following iOrganic (@iOrganicPerform) and ourselves (@ChethamsLibrary). Although you should be following us already!

Spaces for the performance are strictly limited. Watch this space in the coming weeks for details of how to book.