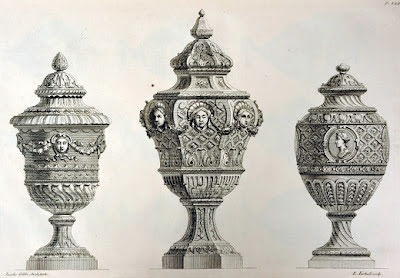 These decorative urns are taken from James Gibb’s 1728 Book of Architecture, in which he sets out designs and suggestions for country gentlemen wishing to erect a building of taste but without the wherewithal to employ a London architect. Gibbs became one of the most significant architects of the eighteenth century and helped to define what we now know as ‘Georgian’ architecture.

Read more on the 101 Treasures page.