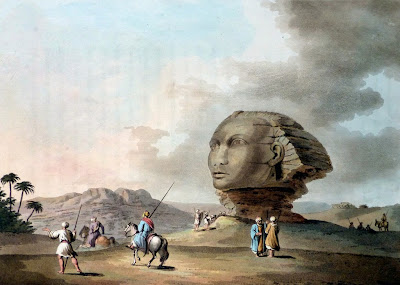 Views in Egypt, from the original drawings in the possession of Sir Robert Ainslie, taken during his embassy to Constantinople by Luigi Mayer; engraved by and under the direction of Thomas Milton; with historical observations and incidental illustrations of the manners and customs of the natives of that country. Printed by T.Bensley for R.Bowyer, 1801
This eclectic mixture of torchlit tombs, shadowy sarcophagi and bearded dancing girls, captured the public imagination and became a best seller when it was published in 1801, following Napoleon’s invasion of Egypt. 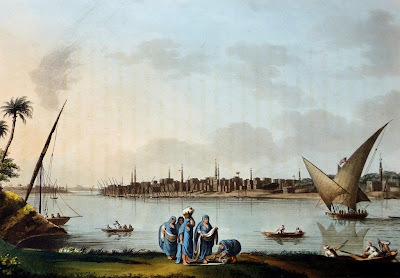 ‘Rosetta’
The sketches of life and landscapes in Egypt, Turkey and Palestine were commissioned from Luigi Mayer by Sir Robert Ainslie, the somewhat eccentric, British ambassador to Constantinople, from 1776- 1794. Ainslie enjoyed life in Constantinople, where it was reported that he ‘became strongly attached to the manner of the people….in his house, his garden and his table he assumed the style and fashion of a Musselman of rank…and lived ‘en Turk’. He also amassed a significant collection of coins and drawings. 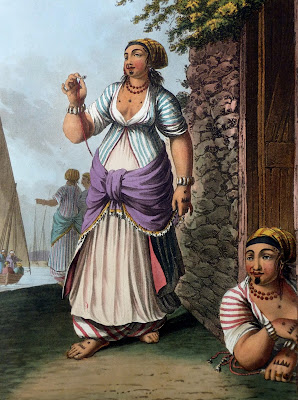 Mayer, about whom little is known, had studied in Rome under Piranesi. His working method was apparently to make on the spot pencil sketches of the subjects chosen by Ainslie, later adding water colour and gouache. The text which links the views was presumably taken from notes made by Ainslie,but, although it contains much detail, lacks sparkle. 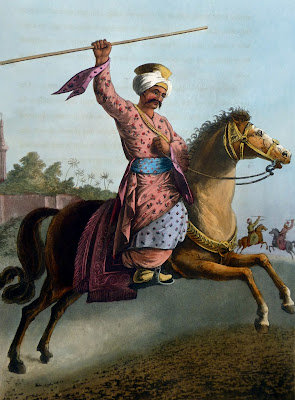 The aquatints produced from Mayer’s original images were executed by Thomas Milton, great-nephew of John Milton, who specialised in the printing and engraving  of topographical works. 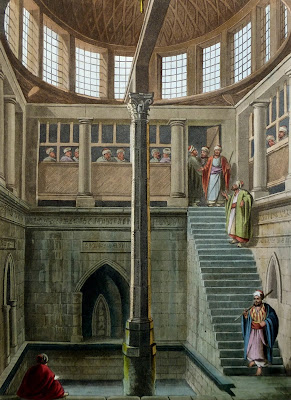 The ‘Nilometer’, an instrument for measuring the water level of the Nile during flood season. 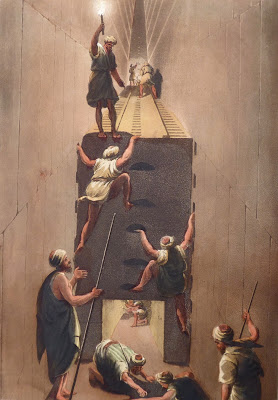