Waste Not Want Not 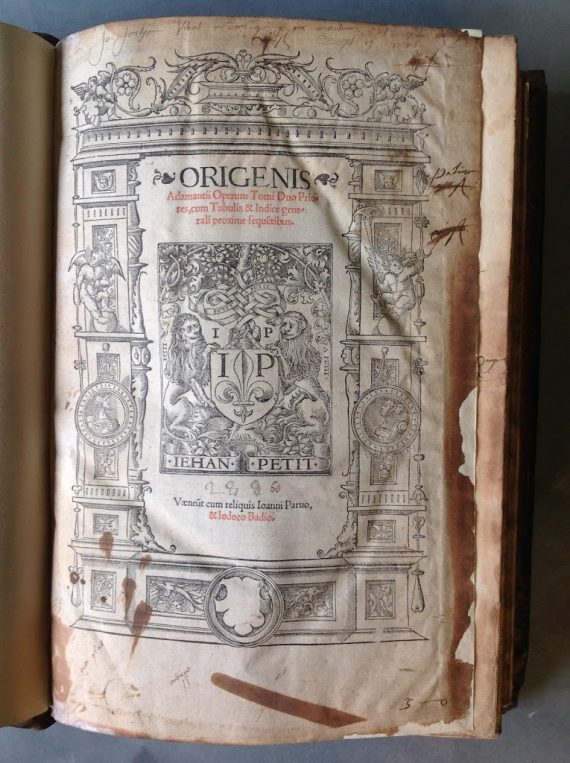 The collection of John Byrom, which we acquired in 1870 from a descendant of the poet,  is especially interesting for a number of reasons.

Firstly, it contains some of the Library’s best manuscripts, including the Aulus Gellius that belonged to Matthias Corvinas, King of Hungary, Humphrey Duke of Gloucester’s copy of Coluccio Salutati, and a C15th hymnale produced for the brothers at Syon Abbey which was later bound at the Caxton bindery. Secondly, it shows how a collection was put together. Byrom’s journal documents his sickness of book buying, with numerous accounts of visits to booksellers and auctions. Many of the books in his collection can be matched against his journal entries, showing when and where he acquired a particular book and how much he paid for it. Thirdly, and perhaps more importantly, Byrom did not go in for much in the way of rebinding and many of his books are in the same condition today as they were when he acquired them. Often this means the same tatty condition. Byrom was certainly never likely to have got worked up over pristine condition. The result is that Byrom’s books often contain fascinating provenance information. This is illustrated by two books. First a two volume edition of the works of Origen, printed in Paris in 1530 by Jean Petit and Josse Badius. Both volumes Byrom’s signature on the front pastedown and also signatures of two previous C17th owners: Jo: Wold and  Jo: Jackson. The volumes were bound in a contemporary full calf binding on wooden boards and blind tooled to a panel design. The design consists of a central panel composed of three vertical strips of a metal roll with a design of griffins, wiverns and lions surrounded by an intersecting border of the same roll which continues to edges of boards. The roll contains the initials N.S. (possibly the Cambridge binder Nicholas Spierinck: the roll was used in Canbridge bindings from 1521-33). There is evidence of clasps and both volumes have a contemporary manuscript fore-edge titles; one reading “Tomi duo priores Origens” and the other reading “Tomi 3⁰ & 4⁰ Origens”. The second example is an edition of the Catecheses of Saint Cyril, Bishop of Jerusalem, which was printed in Antwerp in 1564 as a co-edition of Christopher Plantin and the Cologne bookseller Maternus Cholinus. Byrom signed the copy on the title page giving the date of its acquisition as ‘Ap. 18. 1722’. The book  is bound in a late 16th-century dark calf binding, with blind thin thick thin fillet border, and blind floral centrepiece on both boards. There is one leaf of vellum manuscript waste at front and back containing part of a breviary, in red and black, with many musical notations, and initials alternately rubricated in red and inked in blue. So what lessons can we draw from Byrom’s book collection? One very important one for book historians and librarians and that is that that we should not rebind books and lose valuable provenance information. Keep material in original condition wherever possible, even if this is tatty condition. Rebinding books is for suckers.