Wife in a bag 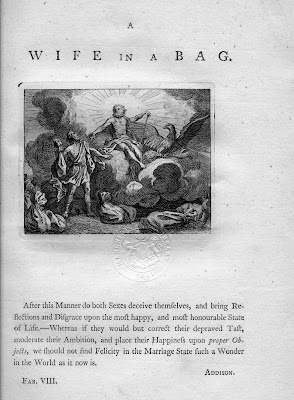 This wonderfully mad illustration is taken from The Economy of Beauty, ‘a series of fables addressed to the ladies’, which is one of the books we are currently minding for Manchester Central Library while they undergo building works. Over the past fortnight, a good number of these have been catalogued by Alexandra Tyler, a third year English student at New College Oxford, who has kindly given up a part of her summer vacation to help out here at the Library. Before she left she was good enough not only to leave us a large box of delicious chocolates, but also to jot down a few words for our blog readers. Alexandra writes:

“Several months ago, the combination of a looming (and excessively long) university vacation and a love of all things book-related led to my getting in touch with Chetham’s Library, in the hope that they could find me something useful and interesting to do during the summer. Undeterred by Michael’s dire warnings about the future of librarianship, I arrived at the library ready and eager to make a hopefully quite significant dent in the rather intimidating task that was cataloguing the mountain of Central Library tracts, currently taking refuge at Chetham’s during the former’s three-year facelift.

The tracts, which range from the literary to the scientific, form part of a large body of uncatalogued works within the library’s collection; my job was to identify the pre-1800 tracts and add them to the English Short Title Catalogue (ESTC), thus establishing their presence at the library for those who might have need of them.

After two weeks there remains plenty to be done, perhaps partly because of the distracting nature of the writings themselves – brimming with the charming and the downright wacky – but it’s definitely a start!” 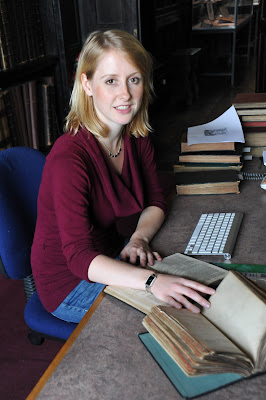 Thanks very much to Alexandra and all good wishes for her future studies.

We all particularly enjoyed this work from a collection of tracts relating to the Poor Laws. The word ‘care’ in the title, however, does not perhaps represent quite the sort of care we might wish to offer today, as a glance at the second image will reveal… 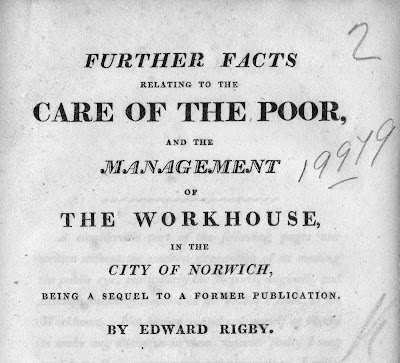 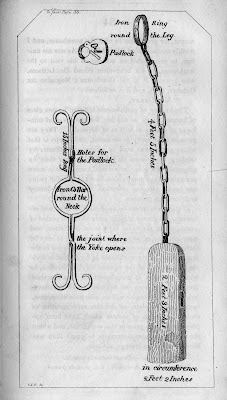