Although many of our books may be seen lining the shelves in the historic Library, thousands more are kept on the rolling stacks in our store rooms. These rooms are a calm and peaceful place to escape the troubles of the world; a quiet bit of re-shelving can rejuvenate even the most stressed librarian. 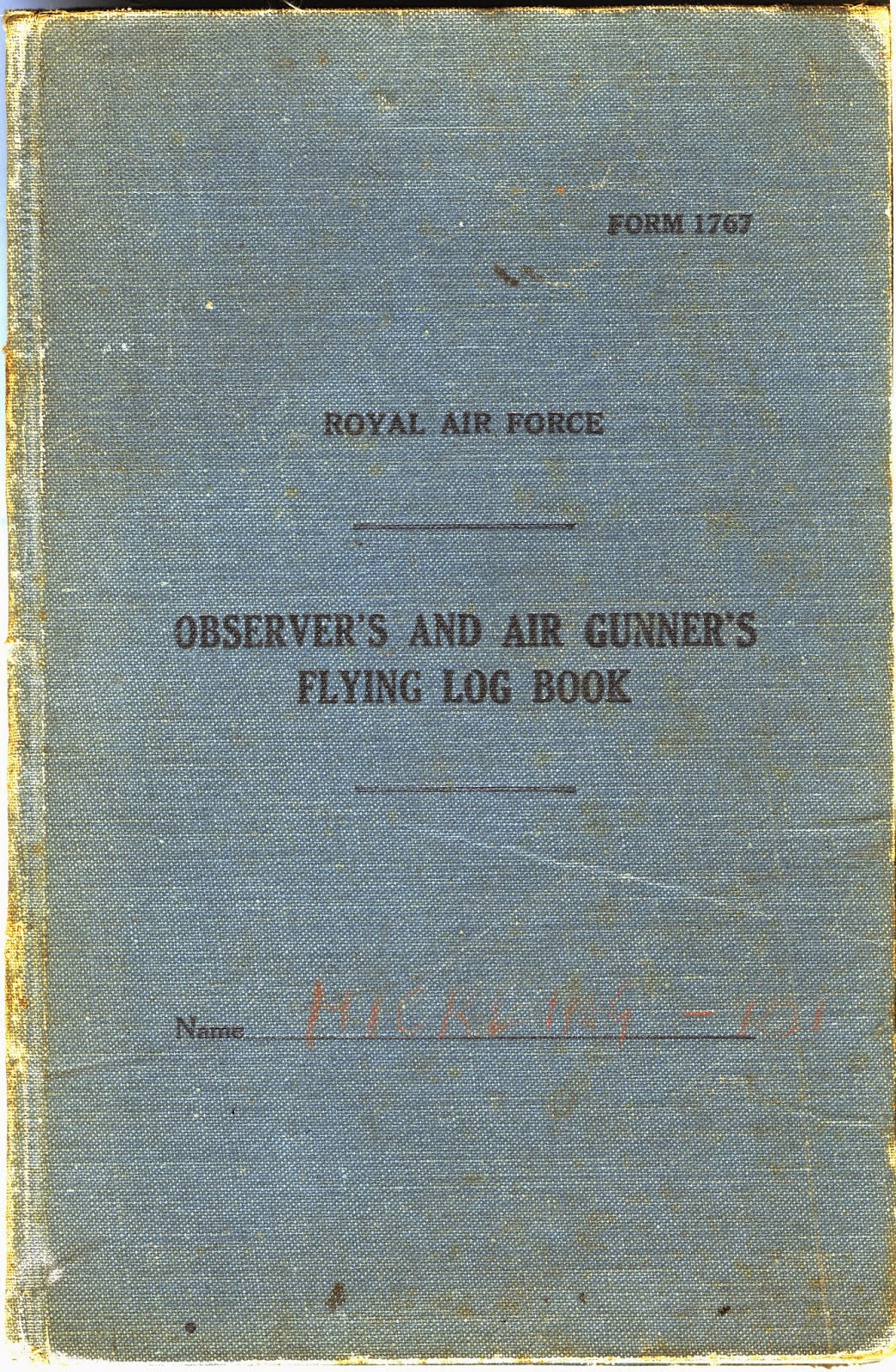 Today, though, that peace was shattered by one small manuscript volume. Sergeant Norman Victor Hickling’s Observer’s and Air Gunner’s Flying Log Book, with its neatly documented record of training received, flights made and operations completed made curious reading, but it was the single sheet of paper carefully laid in between the pages that suddenly sucked the air from the room: The Air Officer in charge of Records feels sure you would like to have this personal record in your possession. This anonymous looking little book was suddenly freighted with melancholy; we needed to know the story. 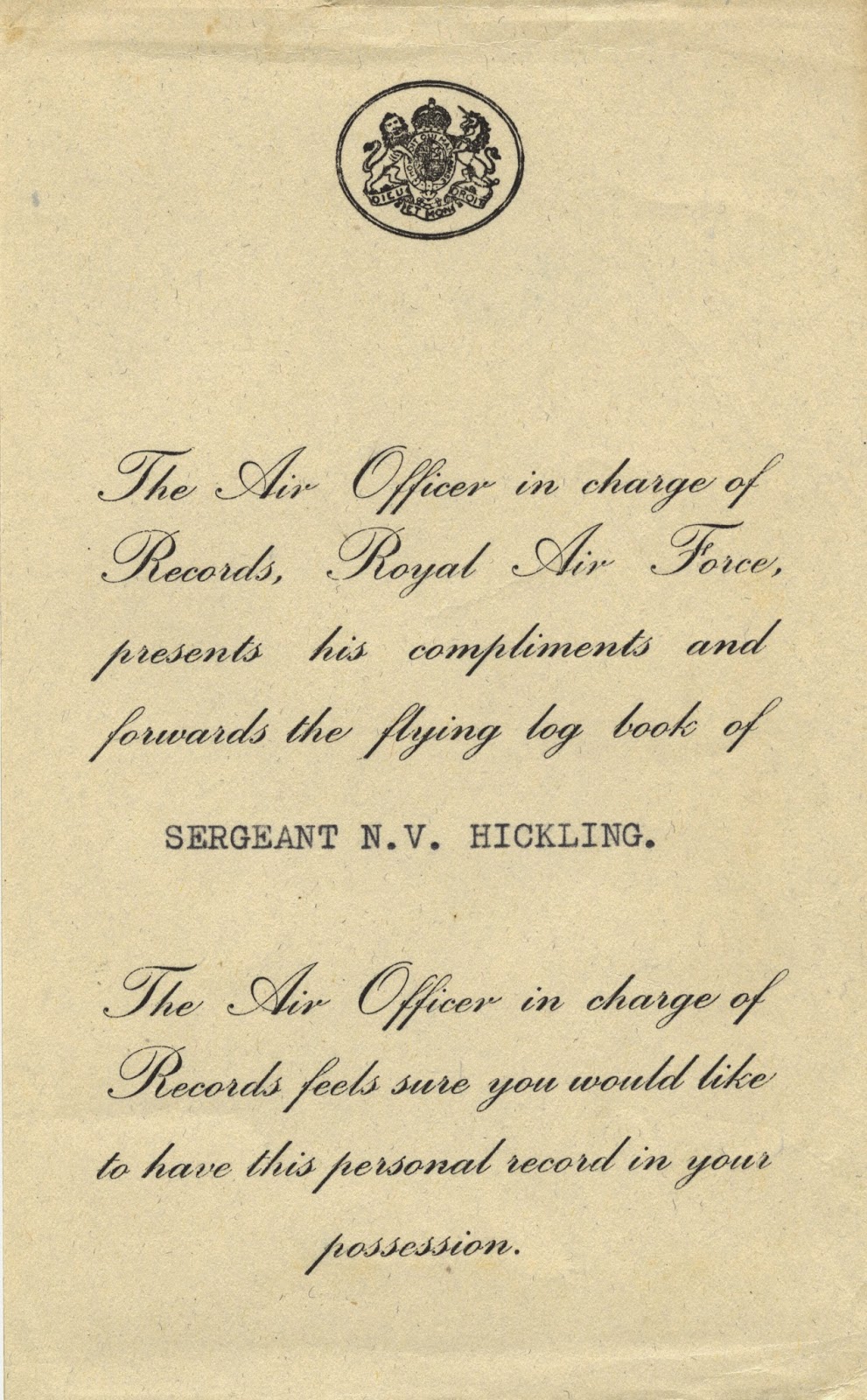 It was a clear night, the 21st of June 1943. The battle of the Rhur had been underway since March 5th, and twenty-one year old Wireless Operator/Air Gunner Norman Hickling was on his sixth mission since he had transferred to the 77th Squadron based at Elvington Air Force Base in Yorkshire on the 29th of May. He was flying with Pilot Simon Hirsch, a known quantity, possibly a friend. They had been up together more than fifty times, first in the two-engine Whitley bombers known for their night-flying capabilities and then in the newly outfitted Handley Page Halifax bombers. Earlier in the month they had been on two ‘bulls-eye’ or reconnaissance missions, and a ‘Nickel’ mission to Nantes, the name given to leaflet-drops over enemy-occupied territory, but that night it was the real thing. Destination: Krefeld, a German city famous for its silk manufacturing, but also for its rail links and industry. RAF Bomber Command reported that ‘A force of 705 bombers carried out a devastating attack on the town of Krefeld … more than half the town was destroyed, mainly by fire which spread, apparently unchecked, through its northern part.’ They did not number the dead, although they did point out that ‘Although no industrial targets to which priority ratings are given appeared to have been affected…’. The gas works and 23 factories and other small industrial concerns were destroyed or severely damaged, but, the report continues, ‘The greatest damage, however, was to business and residential properties including many public buildings such as the district courts, the town assembly hall, the town theatre and the market hall’. 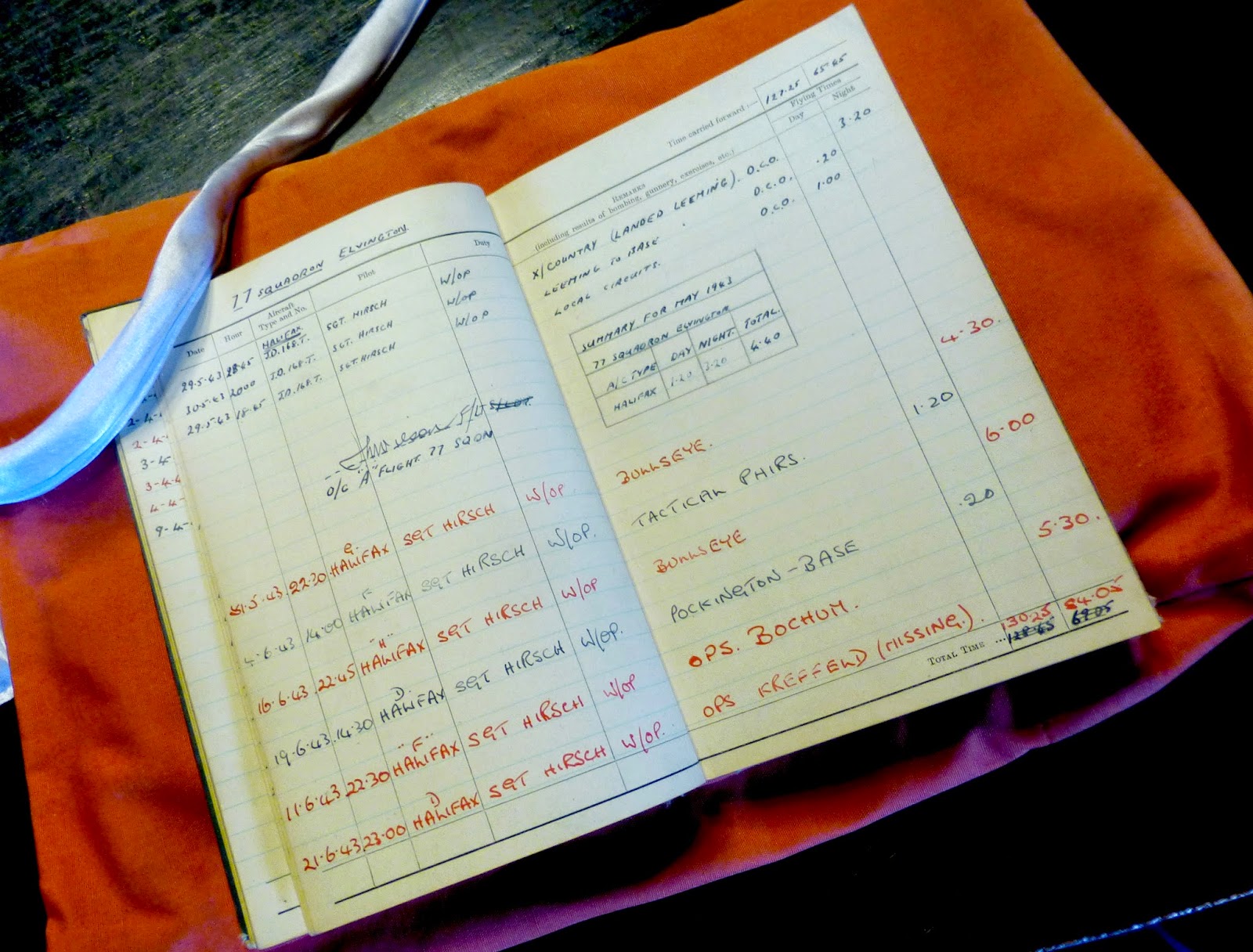 Forty-two of the 705 aircraft failed to return to Britain. Sergeant Hickling’s plane, shot down by flak at 02.22, crashed onto a Wehrmacht artillery range at de Harskamp (Gelderland) some 11 km NNE of Ede, Holland. Six of the seven crew were killed instantly including Hickling and Hirsch. Mid-upper Gunner William Goodman Garratt survived long enough to be taken to a Field Hospital inside Germany, from where his death was reported on the 11th of July 1943. Hickling was buried at the Ede General Cemetary beside his colleagues Pilot Simon Hirsch, Flight Engineer John Phillips, Navigator Charles William Falckh, Bomb Aimer Raymond Geoffrey Kingsland, and Rear Gunner Edmund Dawson. William Garratt’s grave may be found at the Durnbach War Cemetary in Germany. 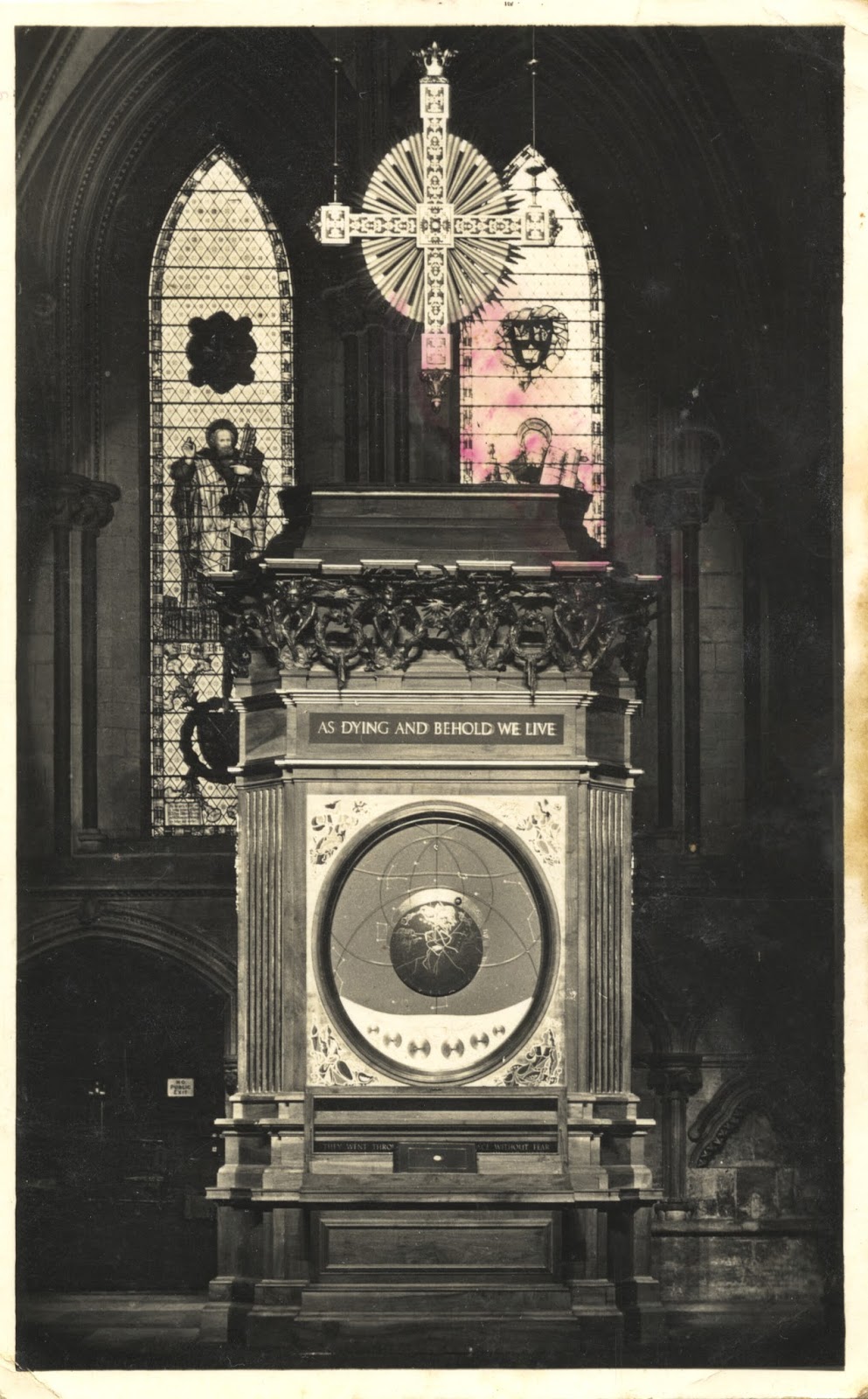 Hickling’s logbook ends with the entry ‘Death presumed 22.6.43’. Perhaps it was one of his parents, Albert or Elsie (recorded as living in Watford), who also tucked the postcard depicting the RAF Memorial from York Minster into his logbook. The memorial was completed in 1955, and includes an astronomical clock showing the locations of the sun and certain navigational stars as would be seen by a pilot flying south above York Minster. Those stars would have shone bright in the sky that cloudless night, before the flames and smoke from the burning of Krefeld blocked out the light.