The Bonnie Prince at Manchester’s ‘Palace’ 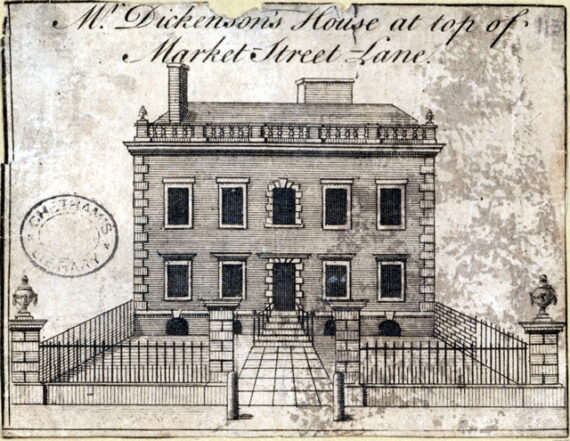 In November 1745, Bonnie Prince Charlie (Charles Edward Stuart) arrived in Manchester with 6,000 troops during manoeuvring of his army as part of the Jacobite rising of 1745. The uprising, still known as the Forty-five, was an attempt by Charles to regain the British throne for his father James Stuart, the son of the previous Stuart, King James II of England and Wales (James VII of Scotland). The rebellion had achieved some success as the Jacobites had won at the Battle at Prestonpans in September, and there were hopes that the failure of the 1715 rising could be overcome at last.

Charles was welcomed and offered accommodation by Jacobite sympathiser John Dickenson, a wealthy merchant who held the office of Borough Reeve (the most senior municipal officer) in Manchester. He provided the Prince with the use of his town house at 44 Market Street. 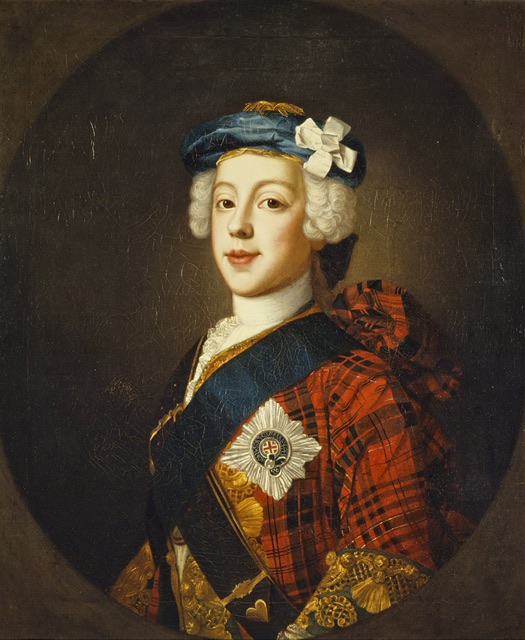 The house was one of Manchester’s more prominent buildings and would act as Charles’s headquarters during his stay for the next three days. As a result of this the house was nicknamed ‘The Palace’. Dickenson would become actively involved in the Jacobite cause, collecting pledges on the levy Charles had placed on Manchester. Here the rebel forces had a large intake of English recruits, which were formed into the Manchester Regiment. The Jacobite Rebellion would fail despite early victories, with the Battle of Culloden in April 1746 ending both the movement and backing for the Stuart cause. Charles escaped to France, and remained in exile until his death in Rome in 1788.

The Library has some relevant pieces relating to this year in Manchester’s history. For example, one of the only surviving images of ‘The Palace’ is in the town maps and plans created by Russel Casson and John Berry. The maps cover the period of 1741 and 1757, and the Library is fortunate enough to own a few of these maps and plans.

The house features in this map of the 1740s, indicating the building was already of note. It stood slightly back from the street with a garden, a double flight of stairs, a private chapel within the grounds, and was one of the few purpose brick-built properties. Some of the items Charles came into contact with from Dickenson’s house were saved and removed to his other home, Birch Hall. These included the stone pillars to the house entrance, the bed the Prince slept in, his pistols, and his handkerchief; they also cut up and distributed pieces of his blanket among family and friends. 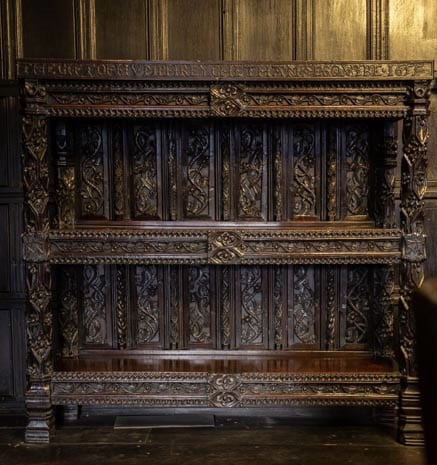 The carved shelf, formerly the bed that the Bonnie Prince may have slept in.

Interestingly another connection the Library has with the Bonnie Prince is the carved bookshelf in the reading room.The shelf has unique origins from the remains of a rare sixteenth-century bed.
The bed was made for Lancashire gentleman Adam de Hulton, and is thought to have been slept in by Bonnie Prince Charlie on his visit to the Hulton’s residence, the tradition being that a royal visitor would always be given the best bed in the house. At some point in the early nineteenth century it was turned into a sideboard with the addition of part of the top of one of Humphrey Chetham’s chained libraries, apparently one ordered along with others in 1653 but never delivered.  This unique piece of furniture was donated to Chetham’s in 1827 by William Hulton, one of the Library’s governors.